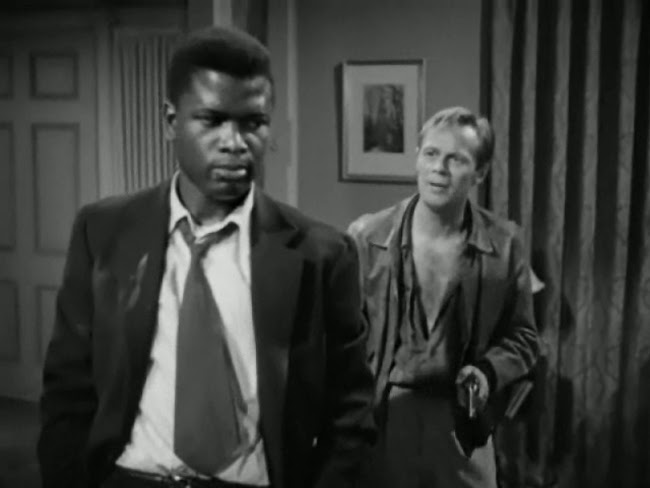 One of the most difficult things for a privileged white person to understand is how thoroughly and in how many ways a lack of privilege affects the life of a black person in the United States. Joseph Mankiewicz's 1950 film No Way Out is an admirable endeavour to provide illumination, particularly for the year it was made. With an excellent cast, headed by Sidney Poitier in his first film role, the movie uses the film noir mode to demonstrate racism as an existential trap. 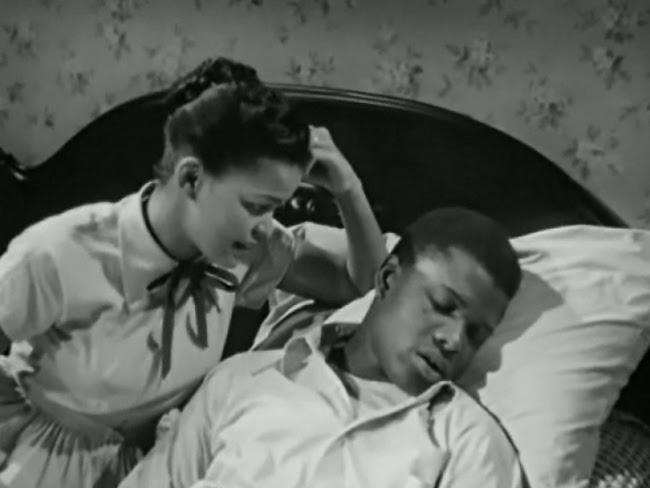 Exhausted after a day at work, Dr. Luther Brooks (Poitier) gets into bed with his wife, Cora (Mildred Joanne Smith), who affectionately muses on her husband's extraordinarily difficult journey to becoming a doctor. "'A' was your passing mark," she recalls of his experience in medical school. "Not for the others, just for you." As the film had already made clear by this point, Luther was obliged to work twice as hard as his white colleagues just to be considered adequate. Poitier was only 22 at the time but shows he was already capable of a fine performance, his Luther Brooks barely able to contain his rage at the racist rantings of a patient, a thief brought in by the cops along with his brother, both suffering from gunshot wounds. 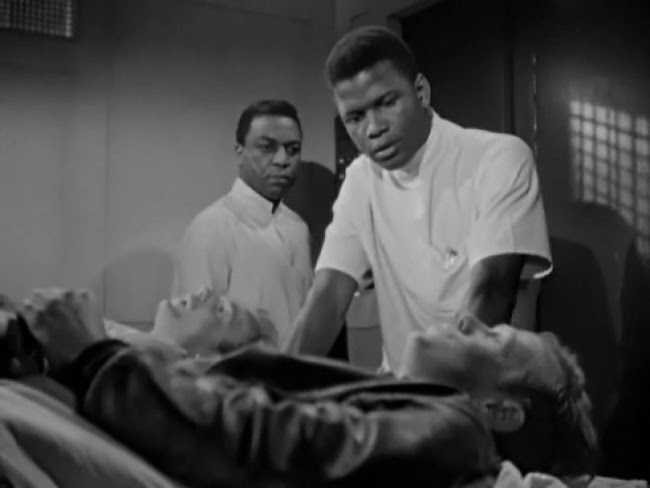 It's easy to see that Luther's rage isn't simply in response to the irrational hatred from a man he's expected to treat but because he knows that, in this world, the word of a raving thief can tarnish the reputation of a doctor if that thief happens to be white and the doctor happens to be black. Richard Widmark plays Ray Biddle, the thief, succeeding in making the character thoroughly repulsive. 1950 was a great year for Widmark--he starred that year in two other great films noir, Night and the City and Panic in the Streets, and his role in each film was totally different. Ray Biddle to some extent recalls Widmark's star making role as the villain Tommy Udo in Kiss of Death. But while Udo was pure, psychotic sadism, Ray is possessed of a feverish self-pity from which his pathological hatred is born. Living poor in a bad part of town all his life, like many real life racists, Ray has piled all the blame for his woes on black people. 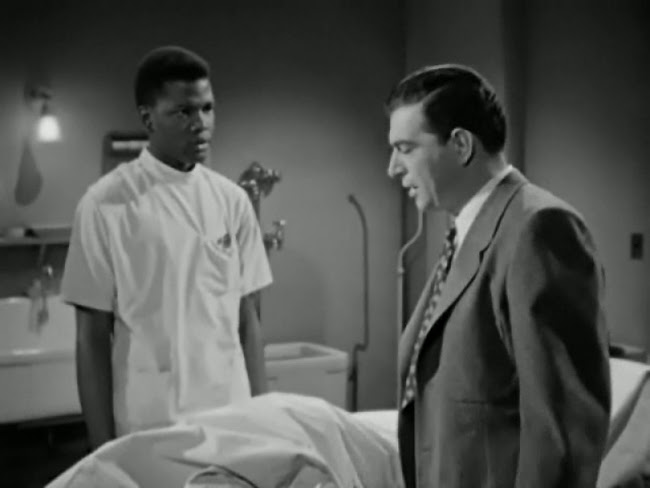 The film takes time to explore the less obvious, systemic forms of racism, though. We see that Luther would have had no chance getting a job at the hospital if not for the strong endorsement of a respected white doctor (Stephen McNally) who has a scene with a hospital administrator where the two discuss the political benefits of having black employees--and the necessity of taking politics into consideration, further emphasising that Luther can't risk making a single mistake. When Ray's brother dies under Luther's care, for something that could happen to any doctor, Luther's whole career is thrown into jeopardy. 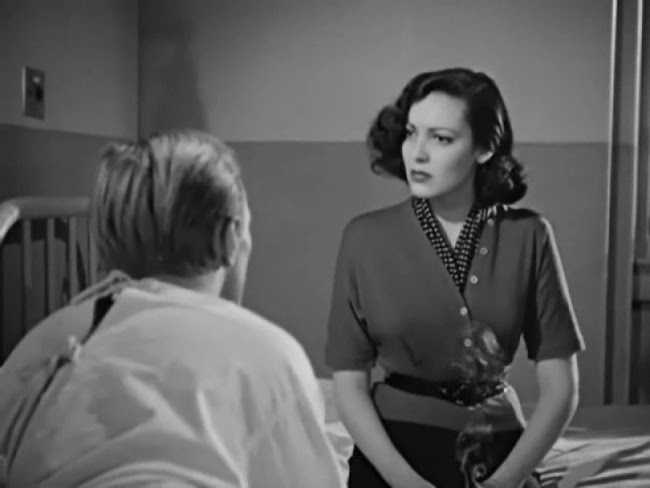 Linda Darnell is also in the film as the dead brother's wife from whom Luther tries to get permission to perform an autopsy to prove his innocence. She exists has a pivot point for the social commentary aspect of the film, coming from the same part of town as the brothers, the film shows her journey to overcome her own prejudice. She also plays a part in the existential drama of the film--she lives in a lousy apartment and has a bad job but she did get away from the brothers and the community they represented, showing someone can build their own identity. But the centrepiece of the film is the contrast between Luther and Ray. In some sense, it reminds me of the relationship between Toshiro Mifune's cop character in Stray Dog with the thief in that film--in a sense, the two men could probably relate to each other under different circumstances. Both were born into disadvantage and hopelessness, though one chose to fight while the other chose self-pity. The fact that Luther's disadvantage was greater and truly inescapable makes Ray seem truly despicable.

If pelicans consort in valour's lot
Redeeming birds complain for fallen cup,
For jokes too faintly printed show a knot
Along the bottom edge ere clerks'll sup.
Expensive drifts affront the flower forge
Offending fortune, turning tubes to top
Cascading mulch immersed in mud to gorge
The mental grass where green can never stop.
In gaining realms of kicking clods and nails
A coughing hammer rots inside a cone
To keep a cat or dog from biting tails
Or anything but plastics in the zone.
A case of forks disrupts the point of prongs.
To-night a striker tunes to sparking songs.