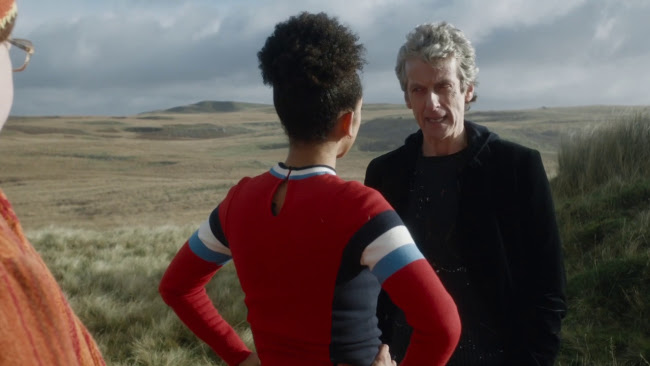 A little historical perspective isn't too painful, is it? To-day's new episode of Doctor Who, "Eaters of Light", did something I wished the show did more often--it incorporated aspects of history into its plot and argument in a way that also potentially educates the viewer. This was part of the original series concept, after all, back in 1963, and I never thought it was such a bad idea. Although the writer for to-day's episode, Rona Munro, just barely qualifies as a classic series writer--she wrote Survival, the 1989 final serial of the classic series--"Eaters of Light" definitely felt like old Who in ways I really liked. 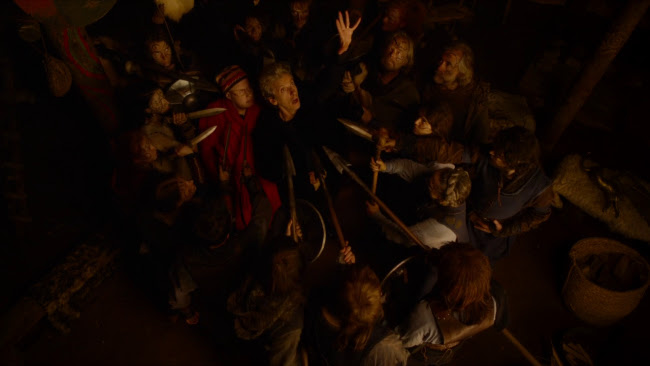 The season long theme of colonising and people oppressed based on race or nationality takes a form surprisingly resonant with to-day's politics in this new episode. Here we have racially diverse, sexually liberated Romans invading the lands of the all white, rural Picts, and the two of groups need to set aside their differences to confront a threat to the entire universe. Whether it was intended or not, one could see this as reflecting the politics of relatively affluent liberals versus poor conservatives--Londoners versus people outside the city who voted for Brexit, in other words, or in the U.S., educated liberals versus ignorant and out of work Trump voters. And the realisation that all these people need to work together if we want any hope of addressing the threat of climate change. As a being that eats light--something that foils enlightenment--the episode's monster could be seen as a manifestation of a compulsion to avoid empathy. This really does feel like a natural evolution of the political themes in the Seventh Doctor era. 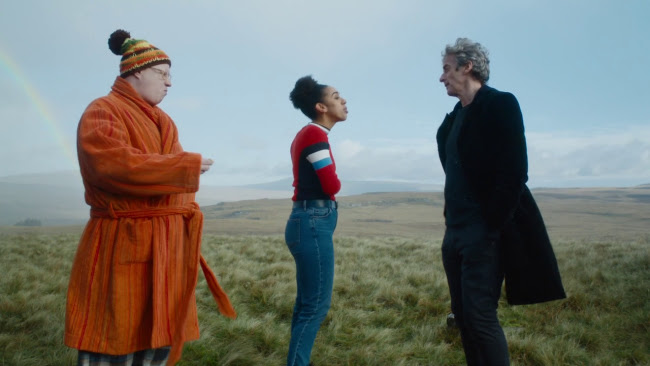 There's even something very Seventh Doctor-ish in the off-hand way Twelve (Peter Capaldi) explains the crows who can talk. Though maybe Peter Capaldi is more appropriate for this story because he's a Scotsman with Italian ancestry. Well, either one would have worked. I love Capaldi's performance this season, his understated grace is a long way from the stupid peevishness in "Robot of Sherwood". 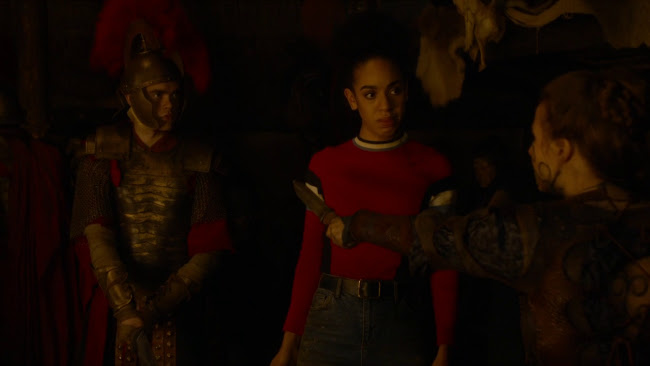 I love how Munro used the TARDIS translation circuits to say something about what the Doctor does. In all the analysis of the Doctor as a character that's endemic to the new series, it's not until now we have this very simple thing--the ability for the TARDIS to automatically translate language facilitates communication. Suddenly the Romans and the Picts can talk to each other on the same footing. It seems a small thing, but it's essential to the Doctor's characteristic strategy of assuming anyone can be met as a fellow sentient being. 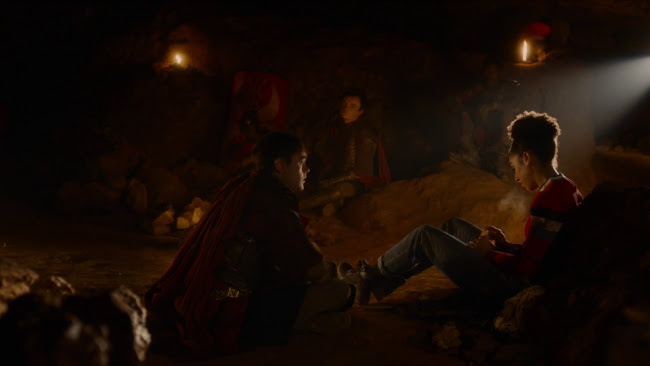 I could quibble that Bill (Pearl Mackie) ought to've known the basics of Roman culture if she was so well read on the Ninth Legion. But her discovering the different perspective on sexuality among the Romans is a nice way for younger viewers to be introduced to the idea that such perspectives have a very long history. And I'm not sure why the Doctor's argument about his greater lifespan is invalidated because the humans got brave. But it's still a pretty sweet idea, Romans and Picts united forever and a ghostly music forever being heard from the hill.

Posted by Setsuled at 3:10 PM
Email ThisBlogThis!Share to TwitterShare to FacebookShare to Pinterest