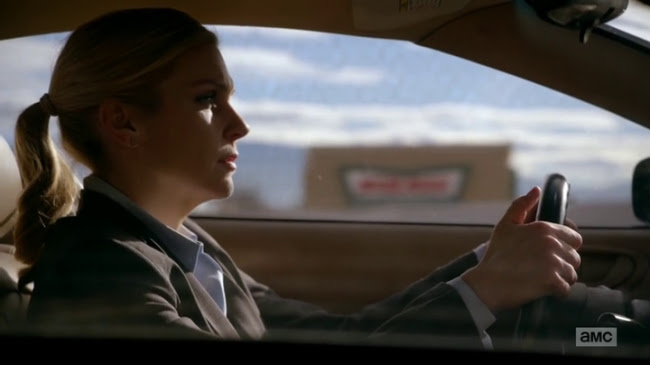 Despite having been written by Gordon Smith, who wrote the great courtroom episode in the middle of the season, Monday's new episode of Better Call Saul was a little sloppy, saved from being bad purely by the momentum of events. 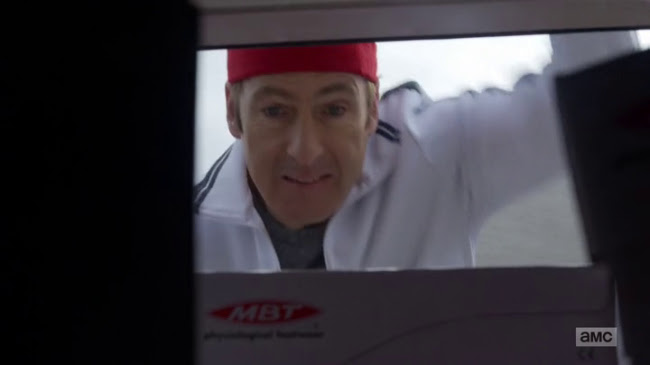 Jimmy's (Bob Odinkirk) supposed to be almost out of money, to the point where he was reluctant to pay his camera crew a few episodes earlier. How did he afford all these shoes? Maybe he had enough leftover from the money he eventually did make from the commercial but if he's working this hard for the Sandpiper settlement he can't be out of the woods. These shoes are expensive--that's the whole point, he wants to make it look like Louise has money to burn to make her friends jealous and pressure her into taking the Sandpiper settlement. I'd say each pair is at least a hundred dollars, at nine pairs that's nine hundred dollars. 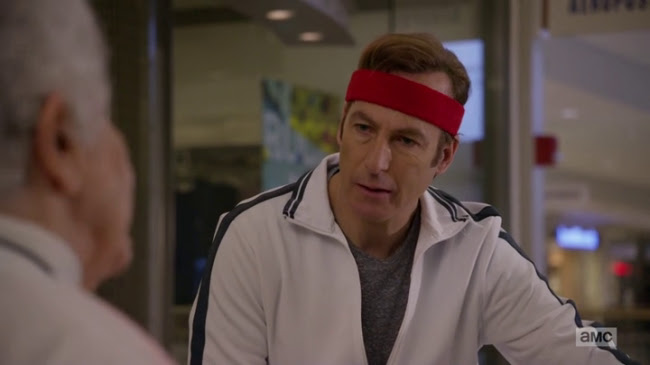 I hear Kiefer Sutherland in Fire Walk with Me in my head now, "Agent Desmond, I figure this whole office, furniture included, is worth 27,000 dollars." So okay, maybe I'm nitpicking. The biggest problem with the episode seems more attributable to the director than the writer--the car crash at the end. Kim (Rhea Seehorn) is hurrying to her appointment, her eyes look to be on the road, I noticed a Krispy Kreme in the background, and then suddenly her car's crashed into a rock, off the road, apparently in the middle of nowhere. 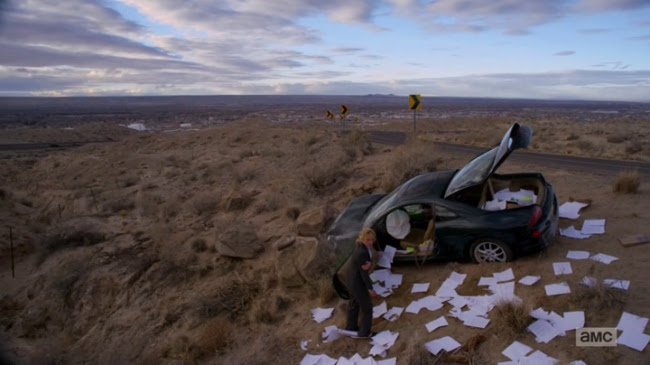 Wikipedia says, ". . . due to her fatigue from overwork, Kim loses her concentration and drives her car off the side of the road, crashing into a rock." Which, I guess is what happened, but seemed a lot to infer. We don't even see her eyelids drooping. I suppose the idea is that it's from her perspective so it's as sudden to us as it is to her but I've experienced sleep deprivation. I notice my eyelids drooping and my head nodding, Kim did not seem anywhere near that point. 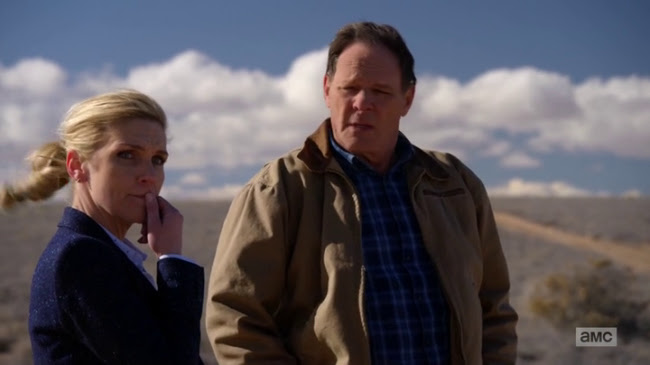 Anyway, this means she's probably screwed as far as this side job goes, which is really bad since that's Hank Jennings she's working for--rather, it's actor Chris Mulkey who played Hank Jennings on Twin Peaks. I guess it's nice to have him on Better Call Saul since he's not on the new season of Twin Peaks. 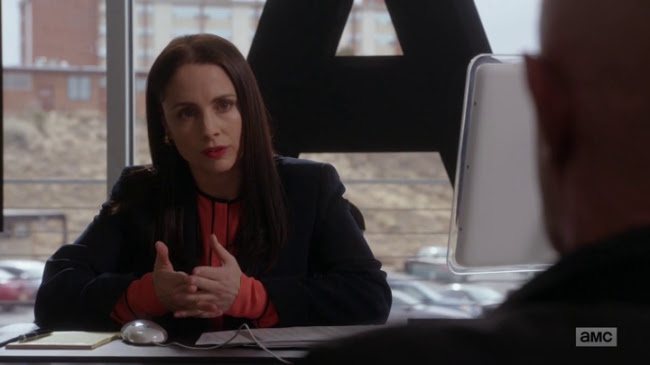 The Mike plot continues to be dull as dirt, even with the introduction of Laura Fraser in the same role she played on Breaking Bad. The whole plot thread still feels like a pointless reiteration of things we learned on Breaking Bad.