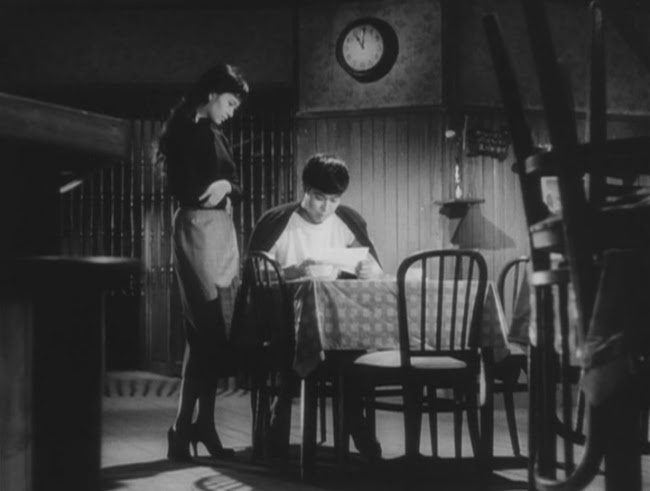 You can't talk through some problems and it's hard to say if it's better or worse when the person you're with knows this. 1957's I Am Waiting (俺は待ってるぜ) is like a great, classic noir in its first half as a suicidal opera singer and a washed up boxer bond over the similar emotional issues that also keep them acutely aware of the unnavigable distance between them. The second half disappointingly drifts into a more typical revenge film and both characters are flatted out, particularly the female lead. But the whole film's beautifully shot with a great, torchy score by Masaru Sato. 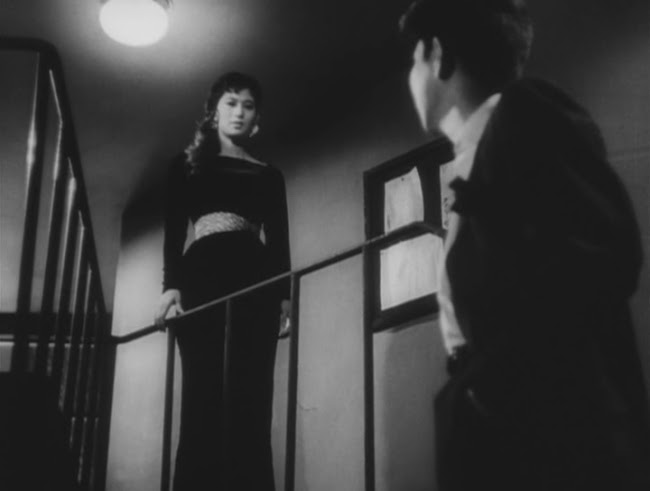 Trying to find a video clip of the opening song on YouTube, I see it became a big karaoke hit. Here's a more professional performance: 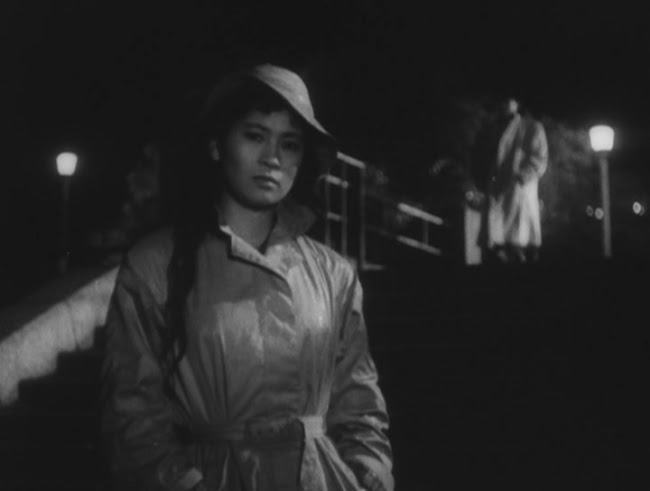 He convinces her to come back with him and he feeds her, explaining to her he knows quite well there's nothing else he can do. She gradually warms to the idea of staying in the spare room and working in the restaurant. 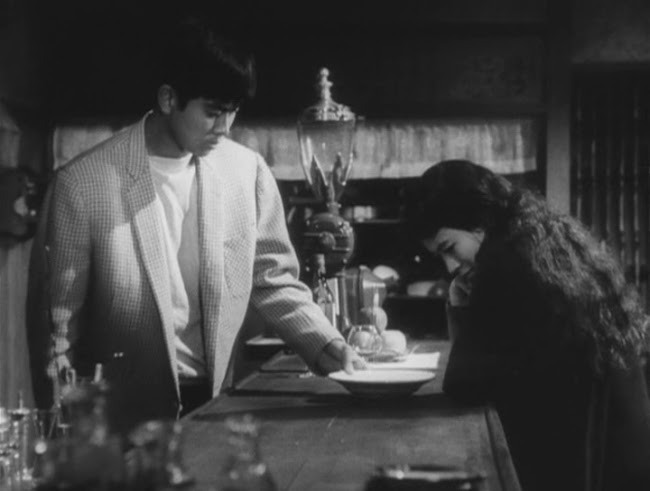 They each slowly learn about each other's pasts and it turns out everyone's killed someone--Joji, Saeko, and a doctor who frequents the bar. And no-one's quite sure how guilty they ought to feel. When the unrelated plot about Joji's missing brother turns into a story about Joji needing to avenge him, I thought the film was going to go the Quiet Man route with Joji slowly accepting he needs to be a fighter again despite the unresolved feelings he has about the man he accidentally killed with his fists. But things get more straight forward than that--Joji commits to his mission and Saeko drifts into the sidelines, becoming a fairly typical girlfriend character. 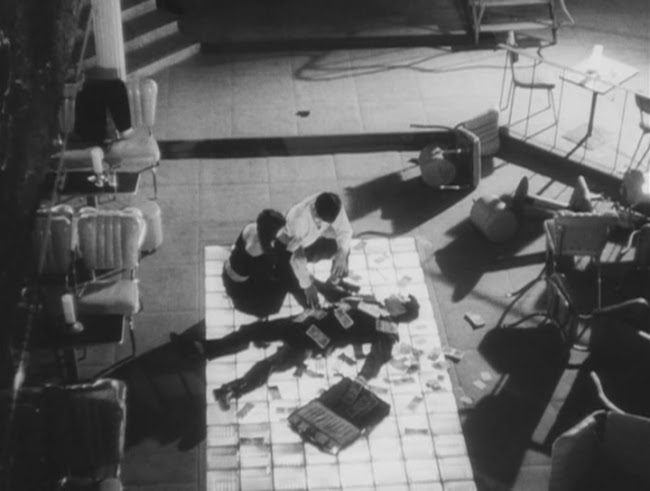 Still, the action's pretty good and Yujiro Ishihara is good in fight scenes, cutting an imposing physical presence and possessed of quick reflexes. Saeko has a couple nice musical numbers. The fact that Joji actually whistles his theme tune at one point makes me feel this was another movie Seijun Suzuki had in mind when he made Tokyo Drifter, probably feeling, as I did, that I Am Waiting ought to have gone further with its characters.