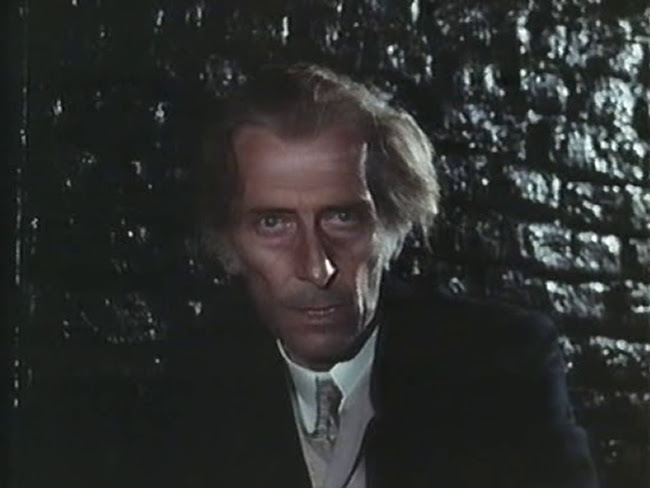 The traditional idea of beastly behaviour involves unrestrained lusts without regard for the bonds of human affection or society. 1975's Legend of the Werewolf convincingly presents an opposite view where the uncontrollable animal urges of one man run contrary to a less severe morality in the culture. The film presents a surprisingly positive view of prostitution as an institution and is a nice werewolf movie from director Freddie Francis. 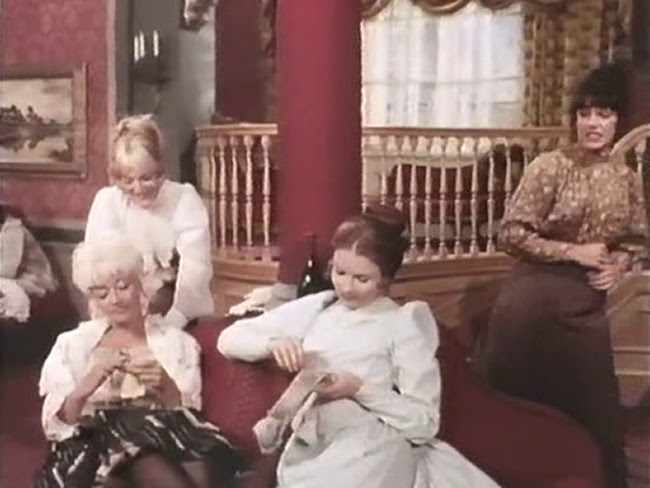 The film might deserve criticism for avoiding some of the more negative aspects of prostitution--the prostitutes in the film are presented as without families and there's no thought given to the fact that many of the women shown would likely have been forced into the occupation for a lack of other options. In this light, the werewolf's attack on their clients could almost be seen as a good thing except that he's motivated by a sense of possessiveness and not any desire to respect the wishes of Christine (Lynn Dalby). It's nice to see that it's this that is shown to be the disease. 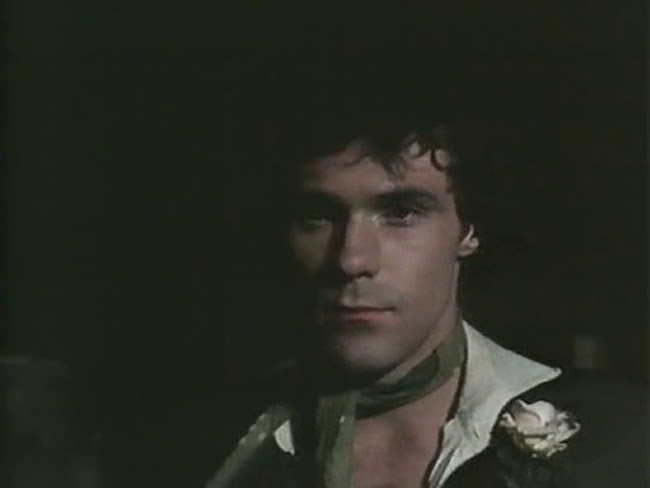 David Rintol plays Etoile who became a werewolf after he was raised by wolves, his status as an orphan subtly paralleling Christine's life. After his first years were spent with wolves, he was taken in by a travelling circus as a child and shown as an attraction in a cage, a role he's oddly shown to enjoy eventually. Both Etoile and Christine are forced into occupations at a young age that might be rough, exploitive, and unpleasant to many people but both come to enjoy their lives. 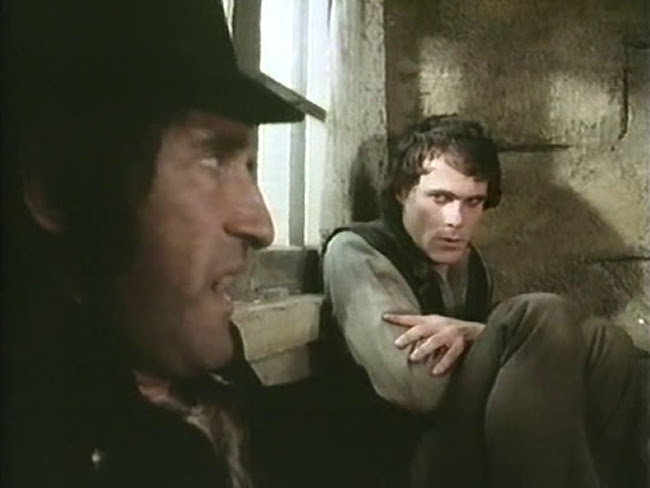 But all is not well in the psyche of Etoile. After he's forced to flee the circus when he transforms and accidentally kills a man, he ends up in Paris where a series of murders begin to occur at the same time. With his guilelessness when he first meets Christine, along with a few of her fellow prostitutes, at the zoo where he gets a job, he doesn't even understand from their innuendos what their profession is. Etoile presents the figure of a country bumpkin exposed to the realities of city life for the first time. 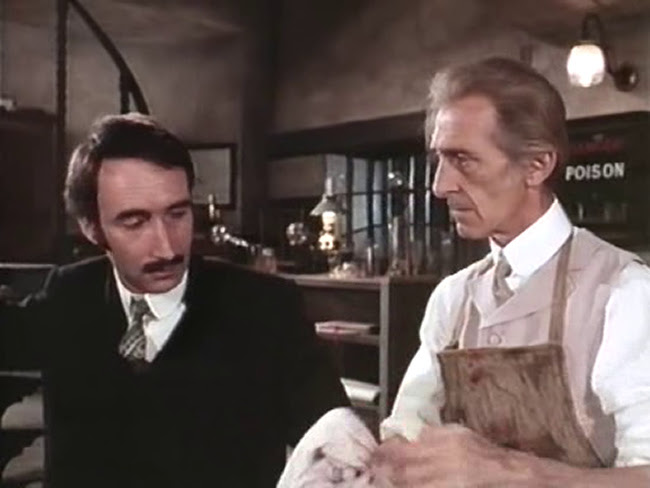 Peter Cushing plays the film's protagonist and narrator, Paul, a police forensic surgeon who decides to investigate these new crimes on his own. Rather than a morally strident Van Helsing, Paul is presented as someone who takes some mischievous pleasure in bending the rules and discomfiting his police supervisors a bit, showing off some pieces of a corpse to a fussy administrator who comes in to chastise him at one point. Paul is quite pleased with himself when the man is forced to leave the room, unable to stand the sight of exposed internal organs. Although Paul is shown to be a man who does not visit brothels--scenes where he interviews the madam and prostitutes of a brothel are played for comedy with his mild embarrassment--he clearly has no moral disapproval for them. He presents a contrast to Etoile in that he is at ease in a world populated by people who are different from him while Etoile is compelled to respond with violence. 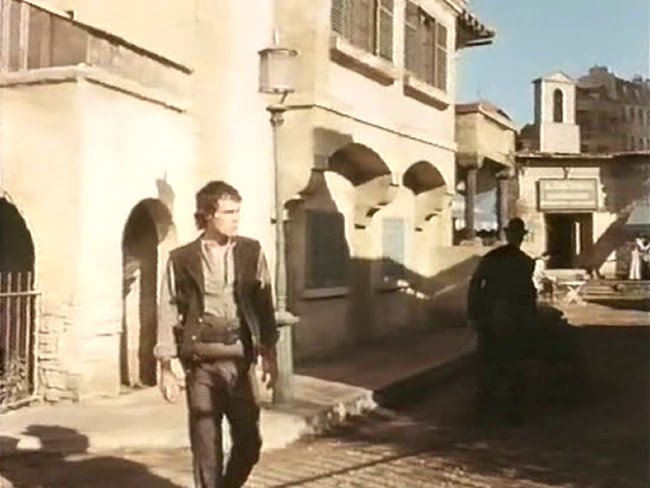 It becomes clear that the filmmakers had only one small exterior set to stand in for all of Paris but mostly the film is well put together, Paul's investigation building nicely with the amiable character created by Cushing. The climax shows his ability to empathise pitted against Etoile's psychological disability in his compulsion to respond with violence. There's a sense of how rare and difficult it is for such differences to resolve peacefully.