Cats of the Doctor 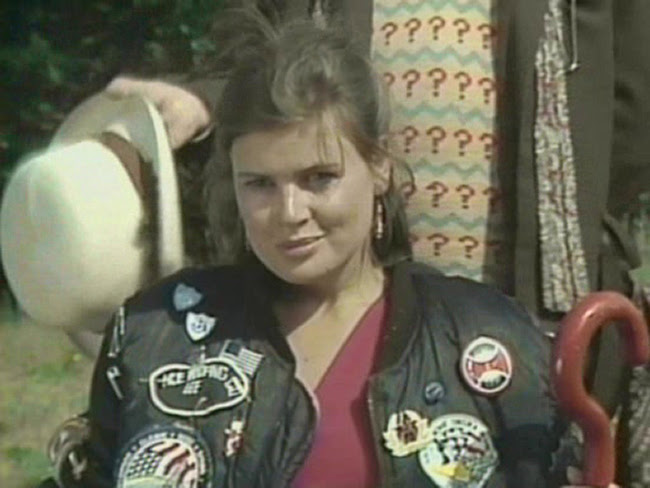 Ahead of to-morrow's new Doctor Who, I decided to revisit Survival, the 1989 serial written by Rona Munro, who also wrote to-morrow's new episode, making her the only writer from the classic series to be hired to write for the relaunched series. Survival also happens to be the final story of the classic series, not a terribly good way to go, I always thought, though watching it again this past week I do find it's better than I remembered. This was only the second time I'd watched it through--although the Seventh Doctor's third season is rightly gaining a reputation as being one of the finest seasons of the series, I'd say it's mainly for the two middle serials, Ghost Light and Curse of Fenric. As much as I like King Arthur and Jean Marsh, I struggled to get through Battlefield the couple times I've tried rewatching it. And Survival, well. Survival has this: 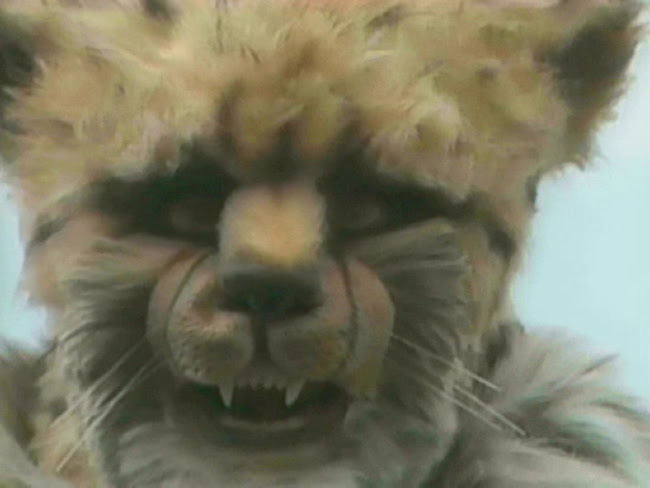 I know what you're thinking. "He hates Furries!" Now, I fully believe that people who call themselves Furries should be recognised as having the same rights and privileges as any average citizen. But I'm never going to be able to take seriously the cereal box, generic brand Loony Tunes aesthetic. Sometimes people just have bad taste.

Anyway, though Rona Munro did not invoke the term "Furry", possibly being unaware of the subculture at the time, Wikipedia quotes her from a 2007 interview as also being unhappy with the creature design of the cheetah people:

[They] should have just had cheetah eyes and a very faint pigmentation round of cheetah spots, and big canine teeth. And in fact, I think the actors that were cast, from what I was told, were doing all this wonderful expressive facial work, and then these 'Puss In Boots' things were dropped on them – and so then you can't see what they're doing under there. Particularly Karra and Ace, there were whole amazing scenes between them and for me, that was supposed to be my lesbian subtext – and you can't see it! 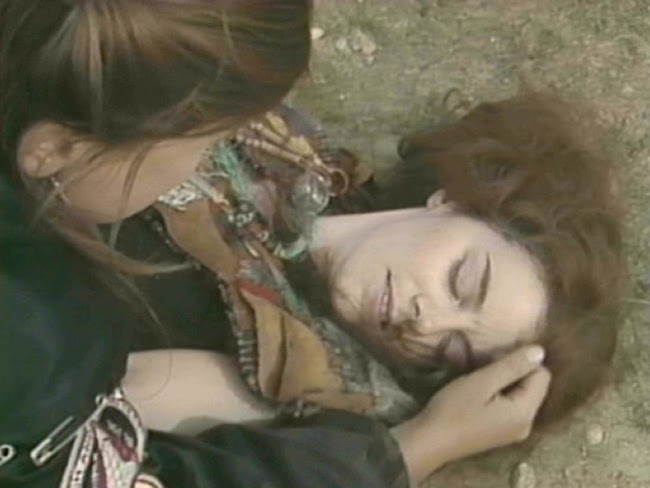 I certainly didn't pick up on any lesbian subtext, though considering that's Lisa Bowerman, later to play Bernice Summerfield in the audio plays, I'd certainly like to've seen it. I wonder if there was much thought into actually making Ace a lesbian behind the scenes--and I was already thinking that Bill was in part modelled on Ace. 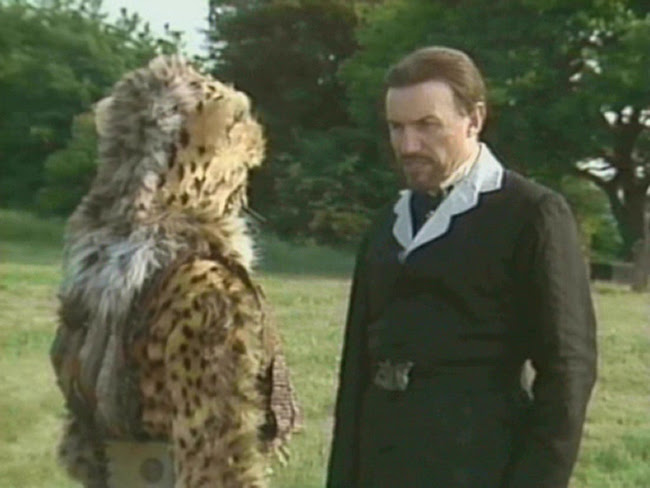 Oof, I don't think there was ever a period in Earth's history when that lapel wouldn't have been laughed it. I guess they were going for Puritan but, no, it's not working.

I also didn't like to rewatch Survival because it was a story featuring the Master, a character I always thought was the show's weakest point. Until Missy came along, that is--I love Missy. Call me a sexist, if you will. Call me a Furry hating misandrist. Whatever, I can take it. Well, I also thought Derek Jacobi brought something interesting to the role.

I liked aspects of Master episodes, particularly the ones with Robert Delgado. I think the little doll in Terror of the Autons is effectively creepy in spite of, or maybe even because of, the old effects. And I like the sword fight in The Sea Devils. But mostly I always thought the Master was two dimensional and boring and when the writing got really bad in the Fifth Doctor era the Master got the brunt of it. I always thought it would have been interesting if they used the opportunity of the Master inhabiting the body of Nyssa's father to create some dramatic situations for her but it seems it wasn't until the audio plays that anyone thought of this, after Anthony Ainley could no longer reprise the role. 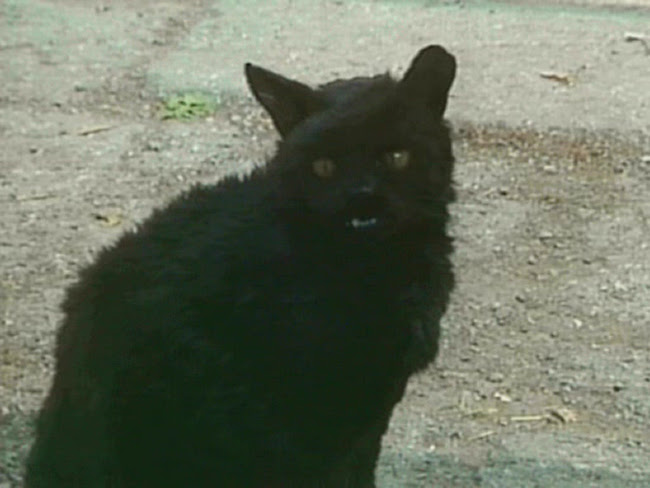 I do like the demonic puppet cats in Survival. Even though they're not supposed to look like puppets, I guess--they do look fucked up as hell. I also enjoy watching Sylvester McCoy trying to trap one. 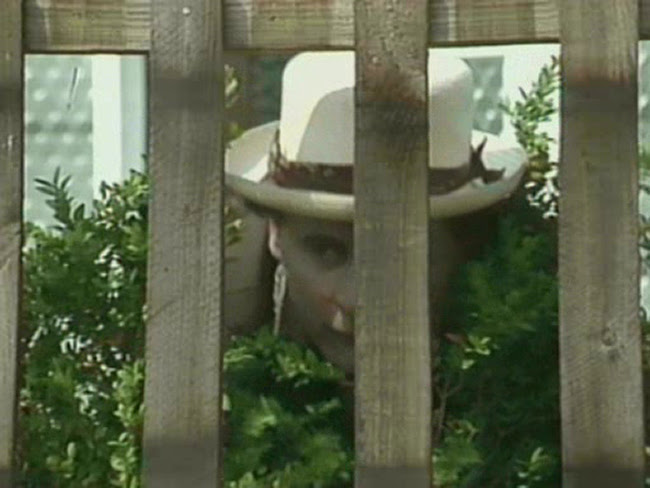 My favourite part of Survival, though, is Perivale, particularly in the first episode of the serial. It all feels oddly authentic. I love Ace running into her friend with the cup on the street, I love the Doctor in the shop buying cat food and the two guys working there. 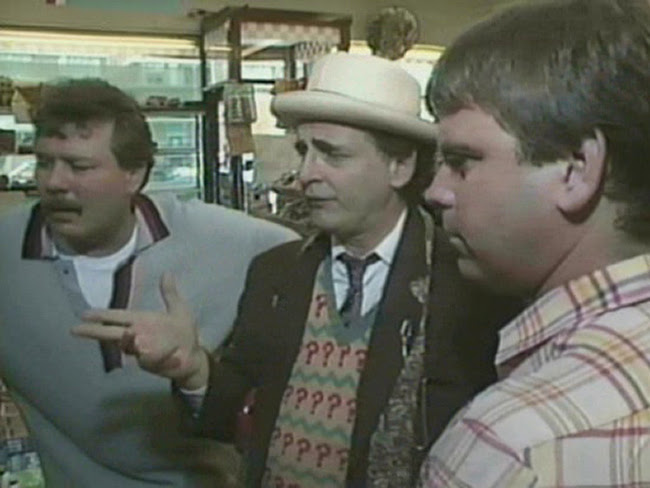 It's like the Doctor meeting Dante and Randal from Clerks. I love how real that shop feels. The third episode also has some good locations--I really love how you can see the poverty in the public housing Ace and the Doctor visit. 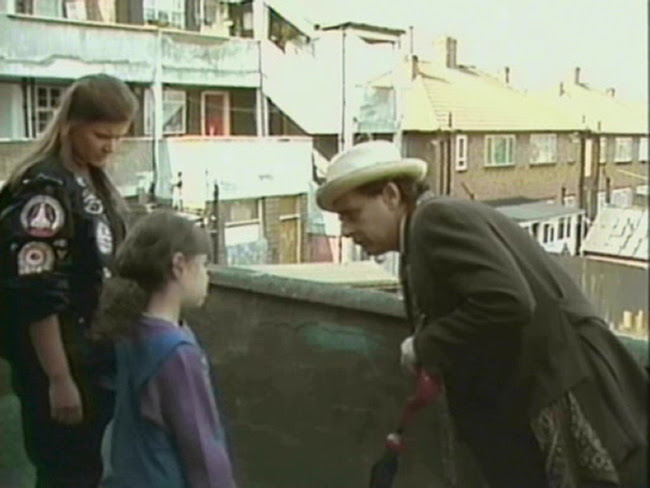 It's kind of a quietly radical moment. It emphasises the story's central themes, too, the idea of the "survival of the fittest." The Doctor demonstrates how it's not always smart strategically to show off strength when the Cheetah people seem not to want to attack someone who isn't moving. But we also see how cruel the philosophy is when applied to economics. One could draw a line between this and Ace falling for the Soviet soldier in Curse of Fenric and see a real bold lean to the left on the show, subtler and better developed than the previous season's Happiness Patrol.

Anyway, I find myself looking forward to seeing what Rona Munro's come up with for to-morrow.

Posted by Setsuled at 4:06 PM
Email ThisBlogThis!Share to TwitterShare to FacebookShare to Pinterest