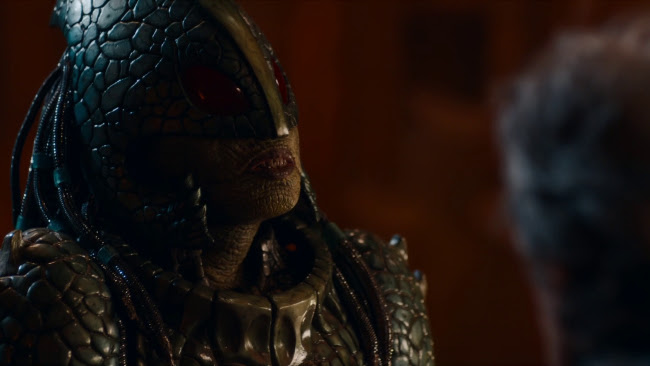 Well, that wasn't so bad. I was all set to hate "Empress of Mars", the new episode of Doctor Who, written by Mark Gatiss, whose scripts are usually thoroughly lousy. Maybe he worked hard after his episode last season, "Sleep No More", was a new low even for him. Maybe "Lie of the Land" was so bad that even a Mark Gatiss episode looks good by comparison. Or maybe Mark Gatiss was just born to write Ice Warrior stories as it was "Cold War", the other Mark Gatiss episode I didn't hate, which last featured an Ice Warrior. Mind you, there's still plenty about "Empress of Mars" that doesn't make sense. 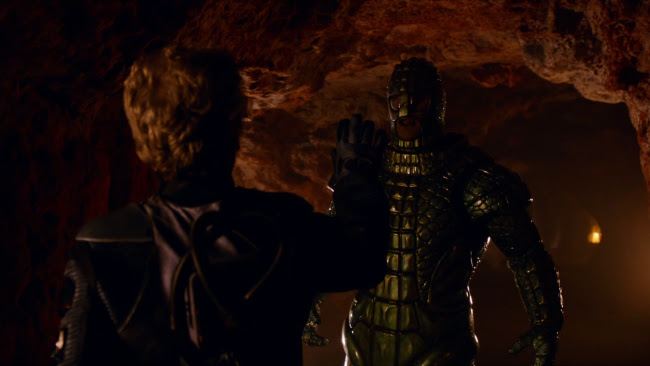 If there was any doubt that the writing staff this season were focusing on issues of race and colonial hubris it's certainly gone now. I like the fact that it wasn't a matter of simply making all the British colonisers bad and the Ice Warriors good or vice versa. Though Catchlove (Ferdinand Kingsley) was a pretty lame villain, his motivations generally seemed to be just to do the wrong thing regardless of whether or not it made sense even for a villain. What possible reason was there to keep the Doctor (Peter Capaldi) from examining the sarcophagus? The psychic paper really let the Doctor down this time. 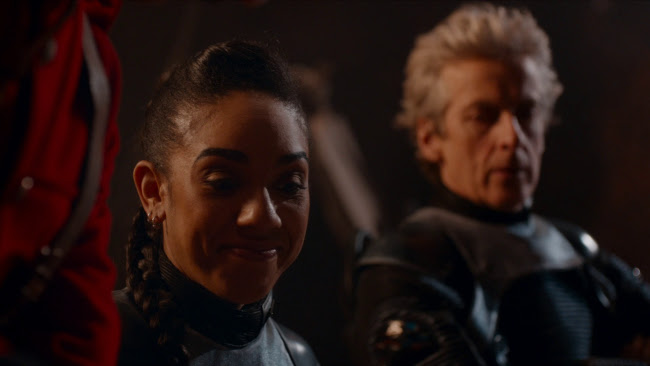 The movie references in the episode were funny. I enjoyed the reference to The Vikings--that is a good movie, by the way--and it was kind of funny seeing it turned about on Bill (Pearl Mackie) when she didn't recognise a reference to Robinson Crusoe. Sadly, I didn't think that was far-fetched. Having just recently read Michel Tournier's Friday for a class, a post-modern revisionist take on Daniel Defoe's original 1719 novel Robinson Crusoe, I can say a fair number of college aged students have never heard of the story. 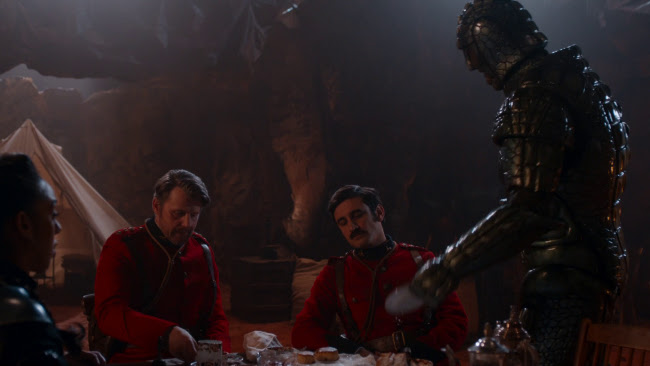 The absurdity of turning an Ice Warrior into a domestic servant--is it a story point that doesn't make sense or is it a credibly senseless act of arrogant colonialism? Well, I guess the episode won me over because I want to say the latter. Still, I couldn't help thinking, "It's the old Ice Warrior in a china shop, isn't it?"

I loved the appearance of Alpha Centauri at the end. I think the idea must have been to bridge the cultural differences of the Ice Warriors in the Second Doctor stories with the more reasonable ones we met in the Third Doctor era. The tense political situation in the episode was even a bit reminiscent of the Peladon stories. 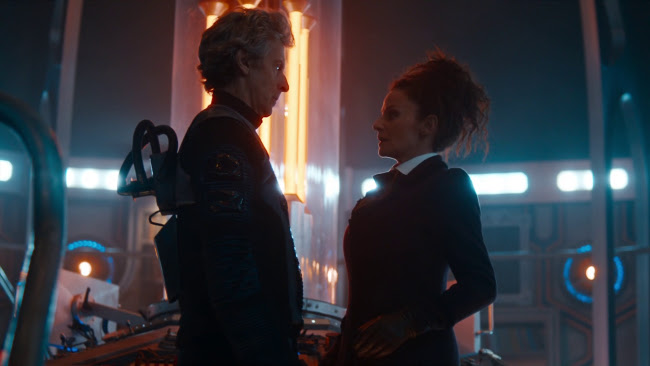 By far my favourite part of the episode, though, was the stuff with Missy (Michelle Gomez) at the end. I so, so want to see these two make out.