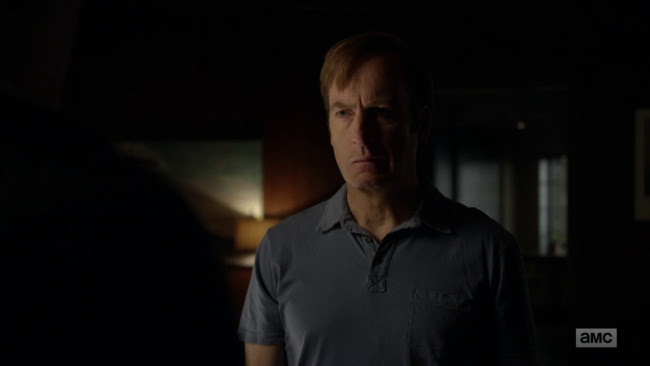 The season finale of Better Call Saul on Monday brought some big changes to the show, promising next season will be very different from the first three. Where Breaking Bad eventually became a Spaghetti Western, Better Call Saul is shaping up to be more of a film noir with its focus on the delicate line between luck and free will. 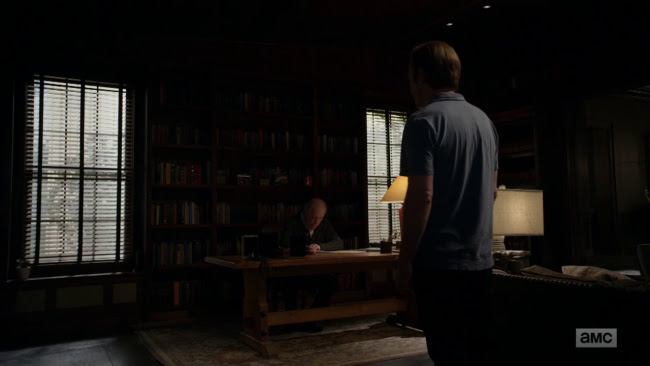 Chuck (Michael McKean) accuses Jimmy (Bob Odenkirk) of having a fundamentally harmful nature but it's Chuck whose tragic personality hurts himself and everyone around him. In a well conceived scene, Chuck ended his life like he lived it; breaking things because he's completely out of touch with his own feelings. He seemed completely cool and confident when he told Jimmy he didn't matter much to him and Chuck probably believed it. But I don't think it's any coincidence Chuck fell into a violent, final relapse shortly afterwards. 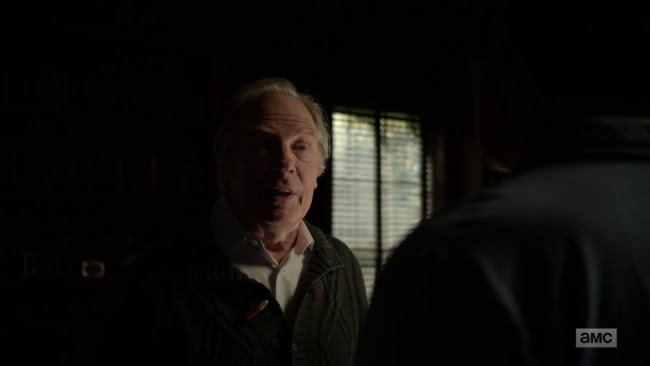 It's fitting the last conversation between Chuck and Jimmy is about blame. Whose fault is all this? Chuck says it's Jimmy who can't help himself but it looks like Chuck is the one with less self-control. Still, laying all the blame on Jimmy, despite the pettiness and schemes Jimmy engages in, hardly seems fair because Chuck and fate seem to be dealing Jimmy an unfair hand, intentionally or not. 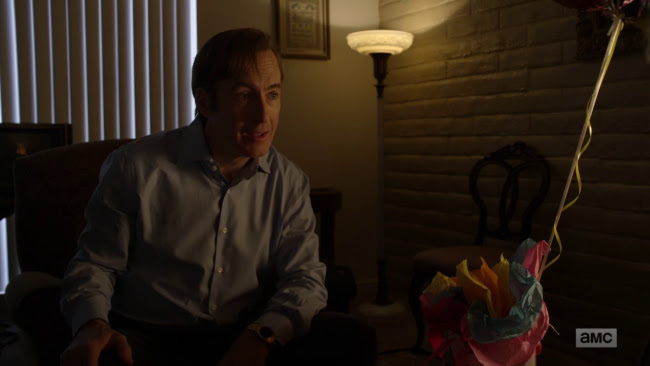 The episode was written by Gennifer Hutchison, my favourite writer on the series now, and mostly I think she did a great job but I couldn't buy Jimmy's solution to his troubles with Irene and her friends. I understand the point of this was to show Jimmy really does have a good heart, being willing to sacrifice that big Sandpiper payout so that Irene's friends would forgive her. But I don't see how he could be certain the plan would work--it's not like it changes any of Irene's actions her friends were upset about. Not to mention the fact that since they'd seen through his other attempts to mend their friendships there's a good chance they'd see through this one, too. But I guess it would be hard to think of another way to get Jimmy out of the elder law business and into criminal defence. 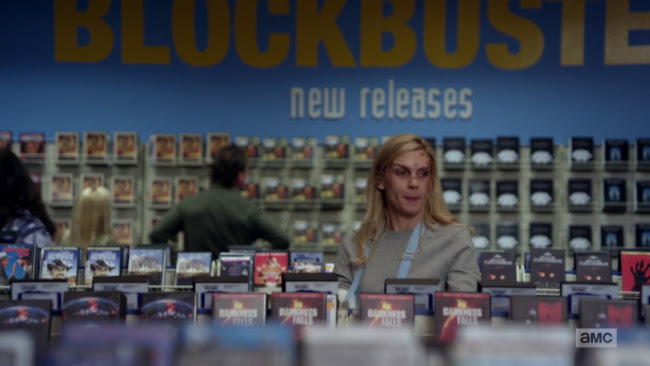 There wasn't much comedy in this episode but I loved Kim's (Rhea Seehorn) trip to Blockbuster Video, just a subtle reminder that this is a period piece. Her and Jimmy watching To Kill a Mockingbird is a nice way to underscore the standard of ethics they might be trying to live up to--it's a quiet way of showing them contemplate the reason they've chosen this career.