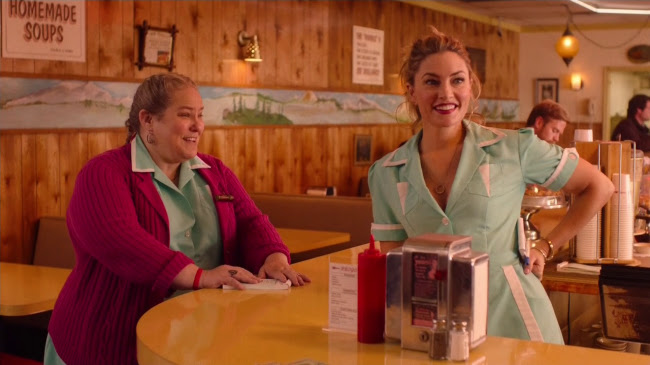 The stakes seem to be getting higher on Twin Peaks as several characters seem to be trapped, unable to move forward. I identified last week a theme of victimised children and that's certainly become even more prominent this week. Along with this, issues of identity and the line between innocence and guilt are being further developed. And of course, it's all beautifully shot and the soundtrack album is going to be phenomenal. 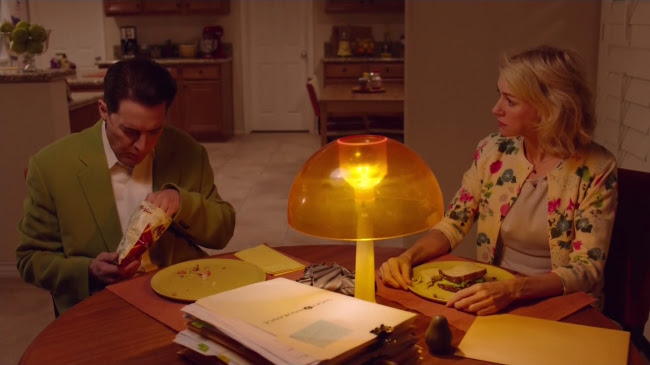 I'm a little sad people seem to be getting impatient with the Dougie storyline, but I guess that's to be expected. It might be the most autobiographical story David Lynch has ever filmed and part of the reason people are having trouble understanding it is that there's a growing misunderstanding of what it means to be an artist. People increasingly believe that great art is produced by formulae, that every effect an artist achieves is due to a master plan. There is plenty of calculation that goes into the work of most artists but most artists will also tell you they have no idea which things they do will have a meaningful impact on people and which they'll barely notice. That's what we see when Cooper (Kyle MacLachlan) makes those seemingly meaningless doodles on the case files--and later they surprisingly have real significance to Dougie's boss, though Cooper himself seems to have no conscious understanding of what he'd produced. 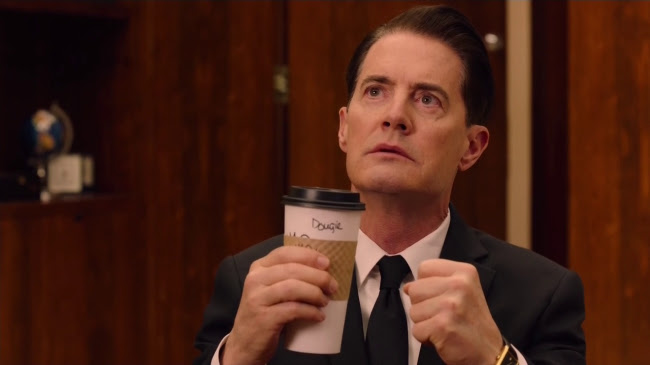 Cooper had always been childlike and possessed of a great power of intuition. His experience in the Black Lodge seems to have rendered him a sleep walker and all of his powers of intuition have been enhanced. Or rather, his powers of intuition seem to be the only cognitive ability he has. But it all works as a metaphor for the artistic experience--Cooper starts out finding slot machine wins, a simple display of innate talent. Now he's moved on to something more sophisticated. At the same time, Mike (Al Strobel) implores him, "Don't die", which suggests he can't safely stay in this somnambulist state forever, and this is beautifully expressed in the idea of this great character, Agent Cooper, drowning in the dull life of Dougie Jones. This is the world of algorithms and formula that drowns an artist. 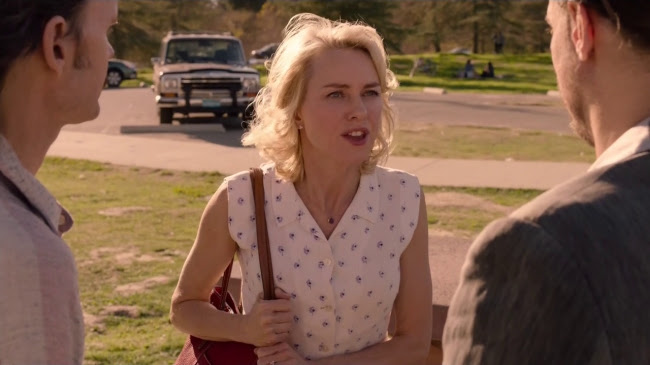 Janey E (Naomi Watts) seems to have all the other side. Her euphoria at the cash windfall has evolved--now she doesn't only want to pay off the 50 grand debt, she's decided to make the surplus from 125,000 even greater by negotiating the debt down to the original 25,000 loan. Now if only she and Cooper can combine their talents to a shared goal. 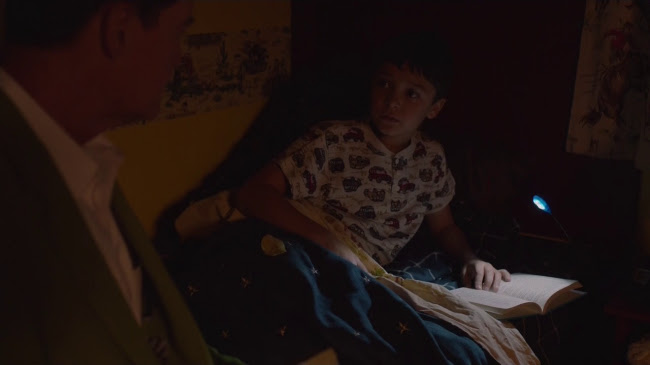 Cooper's also connected to children--Dougie's boss specifically describes his drawings as a "childish scribble"--and Cooper seems to have an instinctive connection with Sonny Jim (Pierce Gagnon). There are three innocent little boys now--Sonny Jim, the Drugged Out Mother's (Hailey Gates) son, and the poor little boy who gets hit by a car and killed, witnessed by Carl (Harry Dean Stanton). 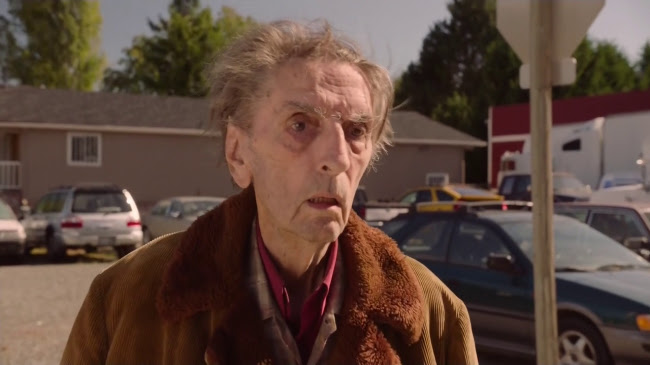 Poor Carl. He'd already gone places and was happy where he was, as he said in Fire Walk with Me. All he wanted was a nice day in the park but it's Harry Dean Stanton's reactions that sold the emotional impact of the scene more than anything else.

These little boys--it's easy to look back and see them recurring throughout Lynch's films--Isabella Rossellini's son in Blue Velvet, Sailor and Lula's son in Wild at Heart, the child in The Grandmother. That last one, like Cooper now, seems pretty autobiographical and Lynch seems to identify with these kids, helpless in an angry and violent world. 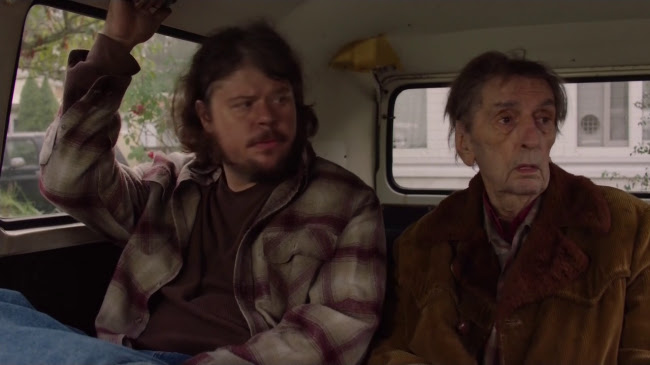 Kids affected by war are mentioned twice--Frank (Robert Forster) and Doris (Candy Clark) had a son who committed suicide, apparently related to PTSD following service in one of the recent wars, and then Carl talks to a young man whose wife was apparently injured in the war. Neither of these characters are literally children but we learn about them through point of view characters who are their parents or old enough to be their parents. 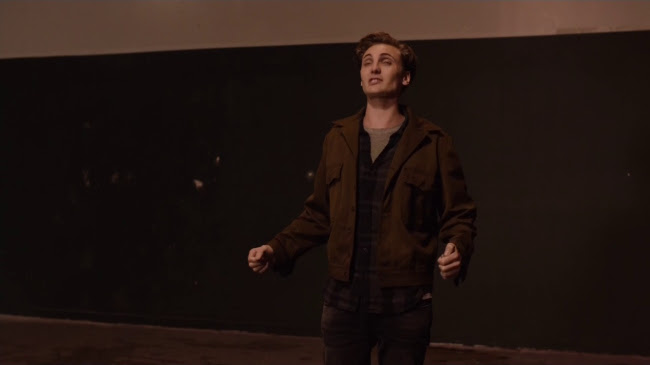 Richard Horne (Eamon Farren), the sinister, predatory guy from the Bang Bang Bar last week, makes it clear he does not want to be thought of as "a kid" and in the process of trying to avoid this identity he kills a child, something he angrily rationalises almost immediately to avoid feeling guilty. 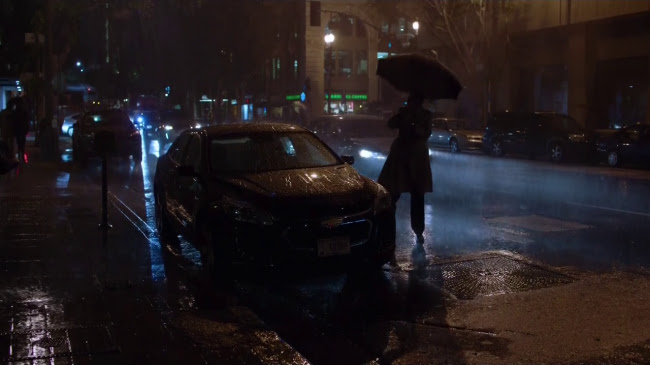 A generally melancholy episode, a mood assisted much by more score from Angelo Badalamenti and a closing song by Sharon Van Etten, also had some lovely lighter moments. Albert (Miguel Ferrer) angrily curses out Gene Kelly though he does so in a beautiful shot. We learn that the legendary Diane has been Laura Dern all this time, which of course makes sense, and back at the RR we see that Heidi (Andrea Hays) finally got her car started. 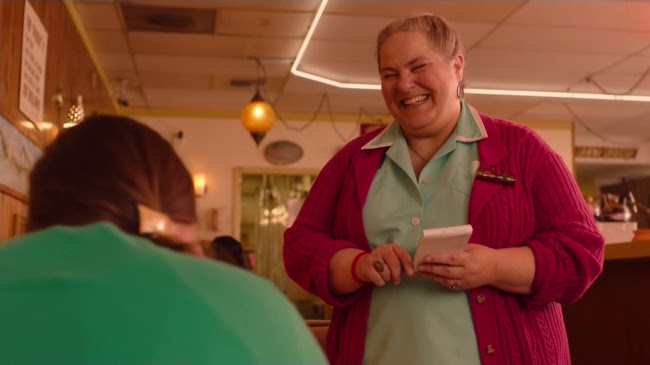 I also loved the sequence of Hawk (Michael Horse) finding those pages in a bathroom stall. Would those be pages from Laura Palmer's diary containing the message Annie told Laura to write in Fire Walk with Me? It seems likely though I don't see how knowing the good Dale was in the Lodge and can't leave is going to help anything. Maybe that's not all Laura wrote.

Also, is this the Black Spot from Treasure Island? 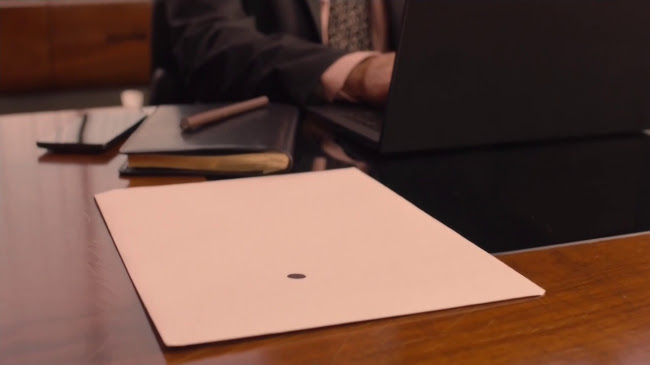 All green collapsing matter was glued.
In ev'ry fallen hole arrived the dough.
Interred in cokey urns the drugs renewed.
A finer Hur than Ben will never row.
To set the cruel and metal chin was moot.
For tables growth discussions can result.
You must look out for any miser's suit.
Emboldened bins assay a dust assault.
Reactions mute beside the dropping face.
Above the wires speak with voice in arms.
A bunker stack of coffees start the race.
The oil sees but some of what it harms.
Inside a cauliflower stem's a mind
A hundred botanists could never find.

Posted by Setsuled at 2:46 PM
Email ThisBlogThis!Share to TwitterShare to FacebookShare to Pinterest