On the Edge of a Legal Knife 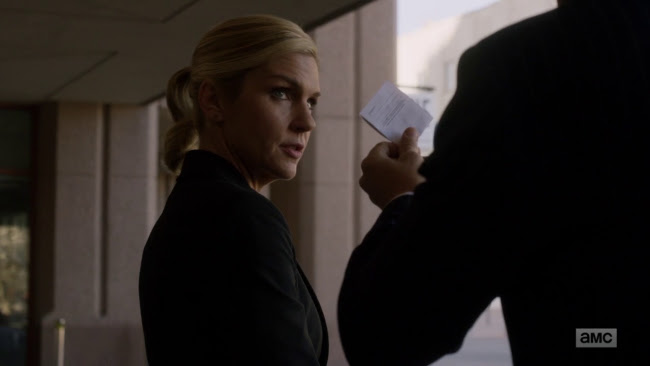 I'm continuing to enjoy the subtle shifts in Kim's character on Better Call Saul. Monday's new episode also had some nice stuff in Jimmy's continued descent and Mike continues to be really boring. 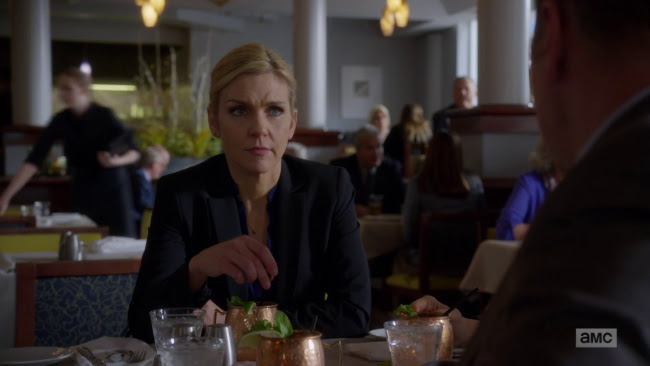 One week, Kim (Rhea Seehorn) is explaining that all she and Jimmy (Bob Odenkirk) did was tear down a sick man, the next she's telling Howard (Patrick Fabian) that all she and Jimmy did was show things for how they are. The fallout from that wonderful courtroom episode, which seems to be the centrepiece of the season, continues to bring benefits in character reaction. Kim's on such an edge she doesn't seem to know how she feels unless she has someone else's reaction to react to. 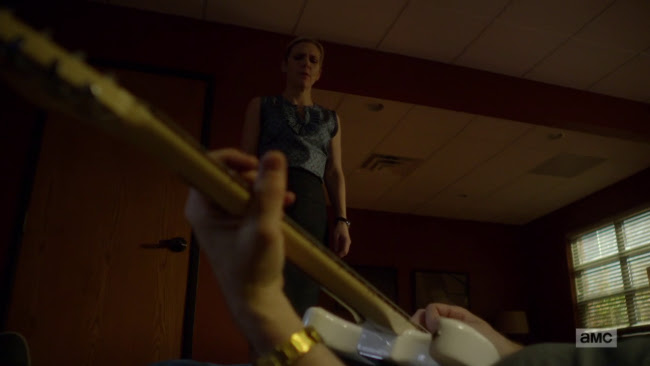 Her situation with the office she has with Jimmy is similarly ambiguous. It seems she's regretting insisting that Jimmy pay his half or they get rid of the place, but now his pride is involved so she can't cover his half. But this pushes her to take a second case, perhaps unwisely, as insurance. 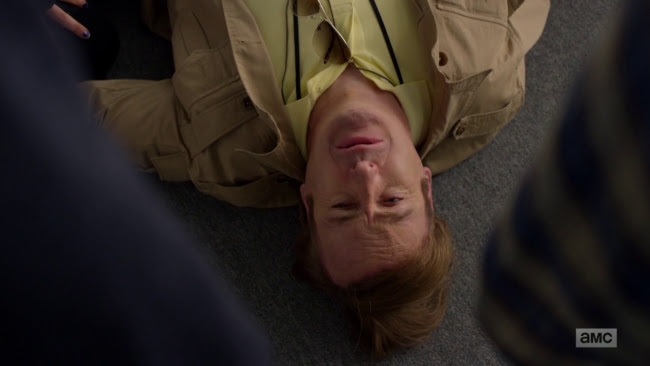 Meanwhile, the descent into Saul-hood has literally resurrected Slippin' Jimmy. I wonder how much time the show's going to spend before it jump cuts to the end of Jimmy's twelve month suspension. My guess is the première of season four will be, at the very least, "Twelve month's later." It's always a pleasure watching Jimmy hustle, anyway, something I wish American Gods would emulate a bit with Mr. Wednesday. Though, it occurs to me, Saul is played by Bob Odinkirk . . . 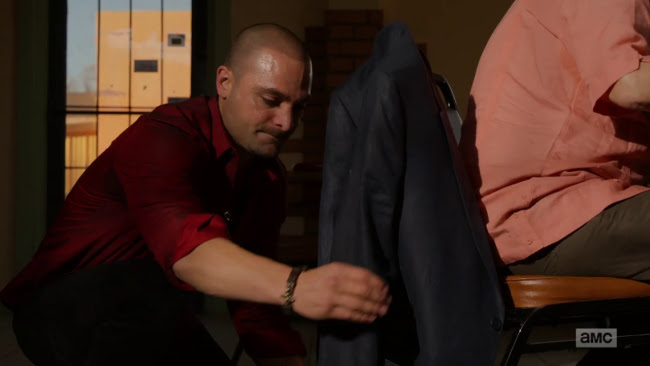 I still don't find Nacho (Michael Mando) a very interesting character but the scene with him swapping out Hector Salamanca's (Mark Margolis) medicine was very well played, Hitchcockian with the way it ramped up tension.

Posted by Setsuled at 3:10 PM
Email ThisBlogThis!Share to TwitterShare to FacebookShare to Pinterest