A Ballad of Ballads 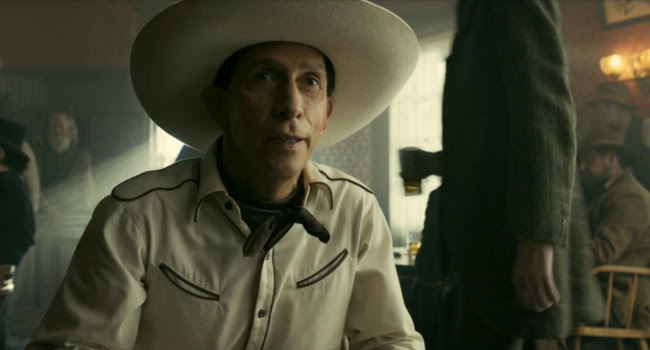 A brand new Coen brothers movie, even an inferior one, would be a nice gift for NetFlix to deliver automatically to-day for its customers, but 2018's The Ballad of Buster Scrubbs happens to be the best Coen brothers movie in years. Beautifully shot and featuring a cast that is simultaneously idiosyncratic and extraordinarily credible it's a bittersweet meditation on art and survival. 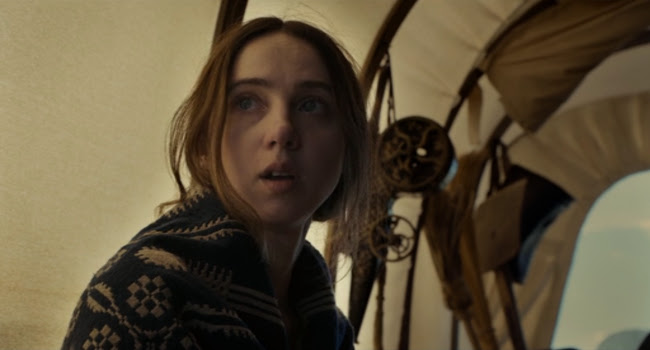 An anthology film, it consists of two kinds of stories; stories that comment on stories--the Western genre or art in general--and stories that are straight forward Western tales in themselves. The first story, also called "The Ballad of Buster Scruggs", belongs to the first category. 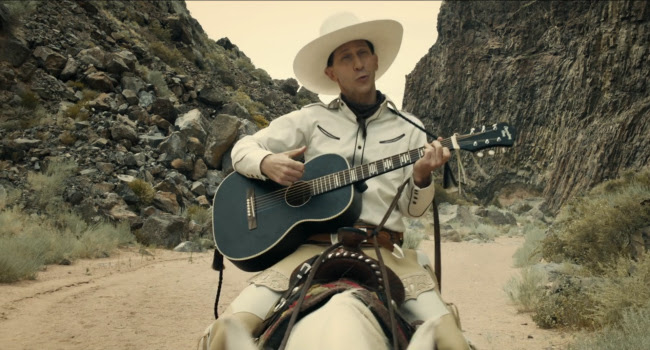 Tim Blake Nelson plays Scruggs, the impossible figure of the singing cowboy, right out of a 50s kids show, seemingly manifested right in the middle of a harder edged, meaner, more modern conception of the old West. But he functions in this world exactly as he was meant to--he's an uncannily fast shot and always keeps his cool, comfortingly addressing the camera to set the viewer at ease with his worldly wisdoms. It's not so much a subversion of old Western serials as the spirit of the Western serials subverting your average subversion. The conclusion of this story proves just how much power remains in this old type. 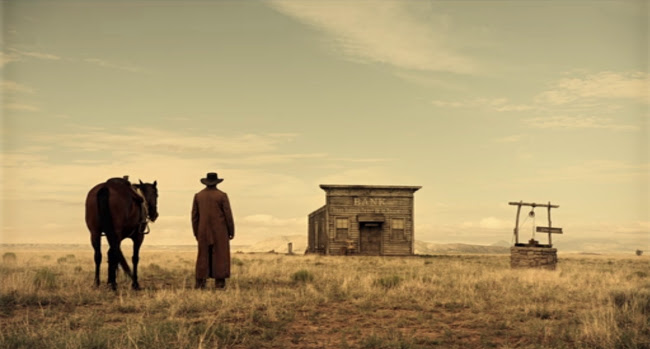 The second story, "Near Algodones", seems almost like a satire of Sergio Leone's Westerns, particularly Once Upon a Time in the West. It stars James Franco as a would-be bank robber; the vignette opens with a few extended shots of him outside a bank oddly in the middle of nowhere. 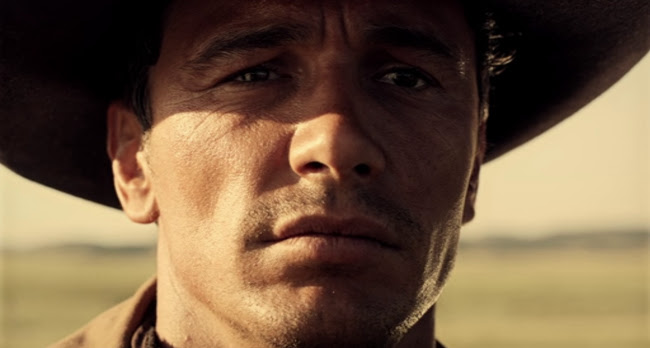 If he stands perfectly still, James Franco could be a Charles Bronson or Clint Eastwood but once he starts to move and talk he comes off as the average schlub he usually comes off as, which is pretty much the point. Instead of the powerful one man, the lone Byronic hero, this guy is forced into a quick succession of adventures totally out of his control. 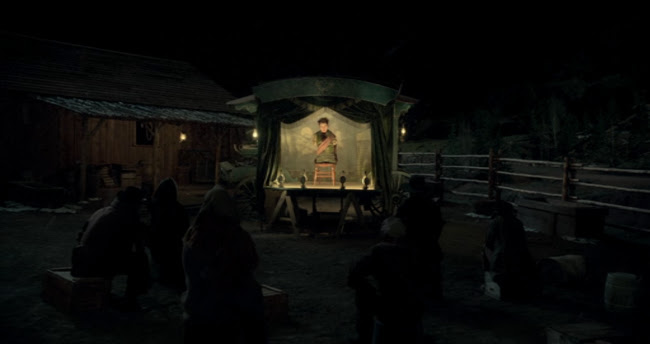 The third story, "Meal Ticket", is easily the least funny of the group and the one most directly a rumination on art. It's the story of a quadruple amputee orator (Harry Melling) and his impresario/caregiver (Liam Neeson) as they travel from town to town. Crowds drawn by the "Artist"'s physical abnormality listen to him perform recitations from Percy Shelley, the bible, and Shakespeare. We never see him talk outside his performances, he's a perfect representation of a being suited only for the purposes of his art, while the impresario has business to consider. Some might consider this story misanthropic but anyone with a little real knowledge of the entertainment industry would see a lot of truth in it. 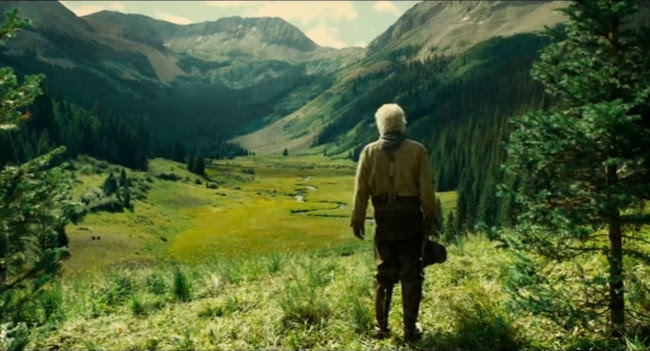 In "All Gold Canyon", Tom Waits plays one of the roles he was born to play; a gold prospector. We watch him wander into the most beautiful valley you ever saw in a movie, singing, alone except for his mule. Waits has more than just the look; he's heartbreakingly good in this, a story that philosophically seems like an ode to American Transcendentalists. I think Emerson and Thoreau would've liked it a lot. 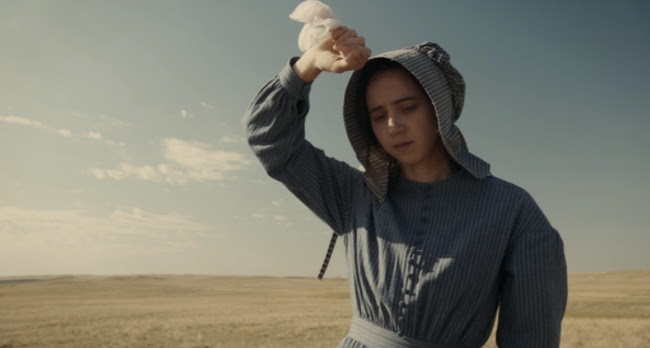 The penultimate tale, "The Gal Who Got Rattled", feels the most like a complete movie unto itself. It's the story of a young woman, Alice Longabaugh (Zoe Kazan), in a wagon train on the way to Oregon. A good, young, pious girl, she's out of her depth when her brother Gilbert dies, and the handsome leader of the train, Billy Knapp (Bill Heck), gradually starts to feel closer to her as he helps her out. You could say it's like a more conservative version of Red River--which feels pretty bold in this day and age. It works terrifically from beginning to end, though, because there are undercurrents much more complicated than the premise while not at all subverting the premise. Zoe Kazan is perfectly cast--pretty but in an ordinary 19th century settler way and Bill Heck, who doesn't even have a Wikipedia entry, is like an old fashion movie star. You notice I didn't say "Near Algodones" was a parody of Spaghetti Westerns, only of Leone films; "The Gal Who Got Rattled" is like an ode to some other Spaghetti Westerns, like Django or The Great Silence. 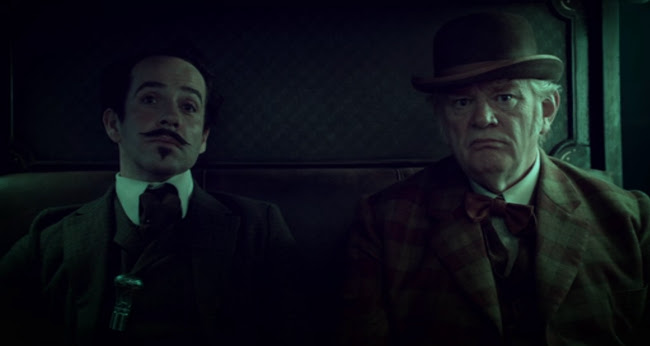 The final story, "The Mortal Remains", seems to confirm this impression. It's also like a philosophical dialogue parable, mainly consisting of five strangers having a conversation in a stage coach. A trapper (Chelcie Ross) seems to represent a Transcendentalist perspective; a religious woman (Tyne Daly) the puritanical; a Frenchman (Saul Rubinek) the libertine or Royalist, and then the two men sitting opposite them like an audience or like performers, an Englishman and an Irishman (Jonjo O'Neill and Brendan Gleeson) seem to represent what I suspect is the Coen brothers' perspective. Though they seem more like they came out of a Quentin Tarantino film. 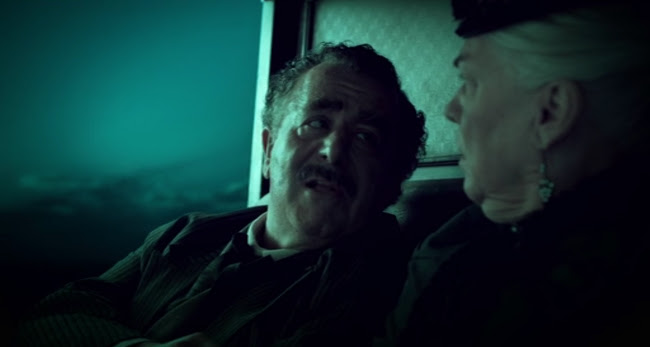 It's a peculiarly satisfying movie on emotional and intellectual layers. It has a fantastic look to it and wonderful atmosphere. It would be very pleasant movie for multiple viewings.

Posted by Setsuled at 12:39 PM
Email ThisBlogThis!Share to TwitterShare to FacebookShare to Pinterest
Labels: movies, the ballad of buster scruggs, the coen brothers, western