A Bit About Stan Lee 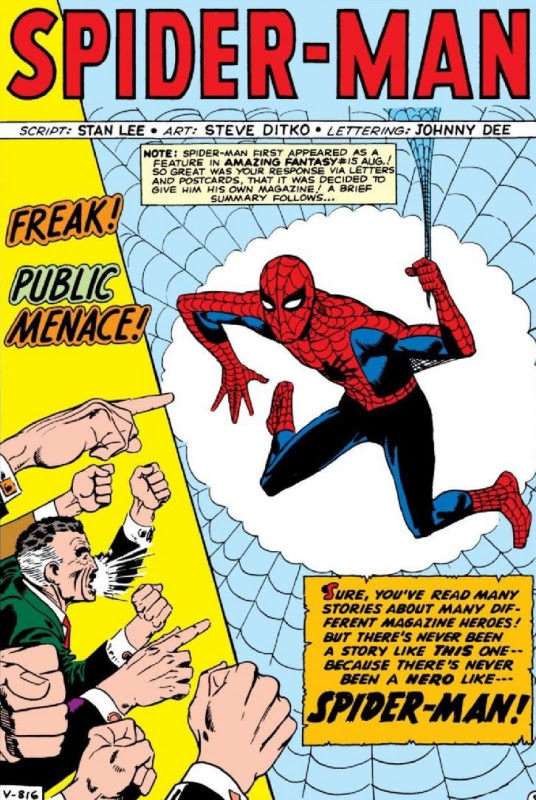 Stan Lee passed away yesterday. Many celebrities and artists and critics are saying things about his work, many of them fairly accurate, like how he is largely responsible for creating the more "down to Earth" superhero of Marvel in contrast to DC's more godlike beings. It's all been said before, really. But it's true.

I've been a fan of Spider-Man since I was a little kid. As a kid, the cool factor impressed me--the web shooters, the wall crawling. It's as we get older that we start to appreciate our superheroes being more human, I think. Spider-Man had that covered too.

None of the movies or TV shows have quite captured the tone of the original comic. Maybe the Tom Holland version comes closest but the films are all a bit too operatic. I still dearly love this moment from 1963:

Even after Uncle Ben has died and he's learned what a responsibility he has--he still has to make money. And he's clumsy and a little unethical about it sometimes but always really innocent, really like a kid. I suppose, in addition to providing kids with an entertaining escape he also made them feel better about making mistakes; big mistakes and also dumb little mistakes, making it a little easier for readers to look at themselves honestly, forgive themselves, and move on. He was a superhero whose life was messy in ways that weren't necessarily glamorous.

I guess there's no danger of Stan Lee being forgotten any time soon. I'm glad.