The Uncertainty of Love Over Tea 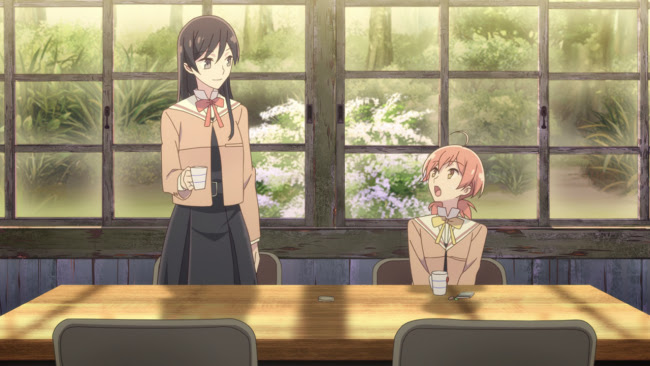 Yesterday the fifth episode premièred in a sweet, refreshingly subtle, yuri anime series called Yagate kimi ni naru (やがて君になる). The title translates to "Eventually, I will become you," though for its English language release it's been given the slightly more lurid title of Bloom Into You. Flowers are certainly in abundant supply in this show's visuals, though, which generally consist of a pleasing combination of simple, flat (not as shiny as usual) character designs, with complicated environments. 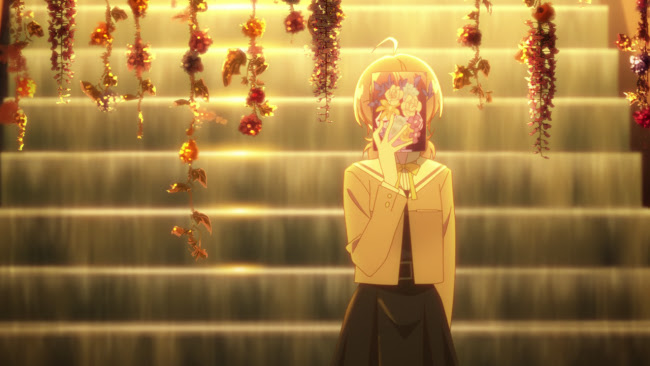 Yuu Koito (Yuki Takada) is a recent transfer student who's troubled by her inability to feel the kind of intense feelings that girls' romance manga have told her she ought to feel. Boys confess their love to her but she always finds herself in the awkward situation of having to turn them down. She feels isolated and worries, like any teenager, there's something wrong with her. Then she meets the popular Touko Nanami (Minako Kotobuki) who casually mentions that she, too, has never liked anyone back, despite receiving confessions of love from many boys, one of which Yuu accidentally witnesses. 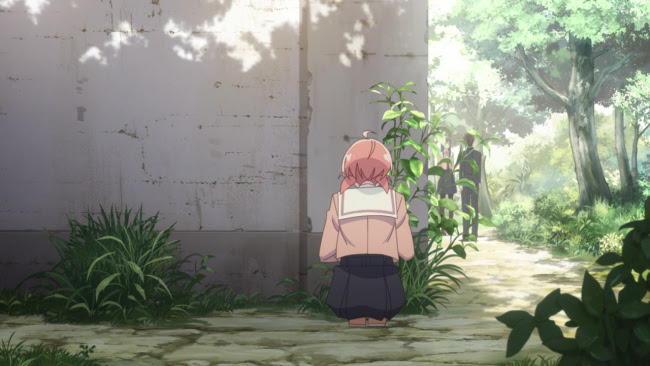 So Yuu thinks she's finally found someone like her and starts to feel a natural bond with Touko--except, by the end of the first episode, Touko has realised she's in love with Yuu. 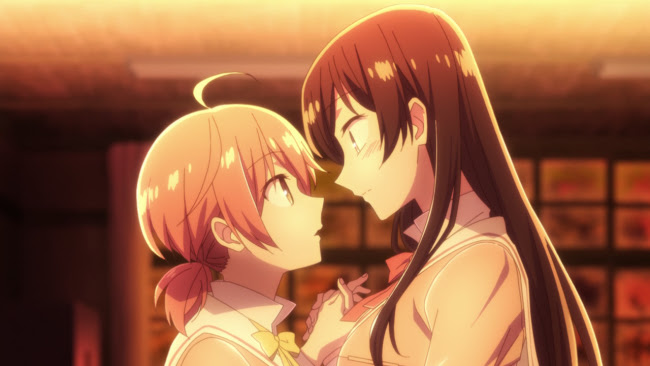 So far the series has mainly been from Yuu's point of view and we listen in on her thought processes as she continually re-evaluates her relationship with Touko. She tells Touko that she can't return her love and Touko begs Yuu to allow her to love her, saying she doesn't care if it's never reciprocated. Of course, eventually Touko is asking Yuu to kiss her and hold hands. But it's not like Yuu doesn't like Touko, in fact she cares about her a great deal, so she doesn't want to reject her. 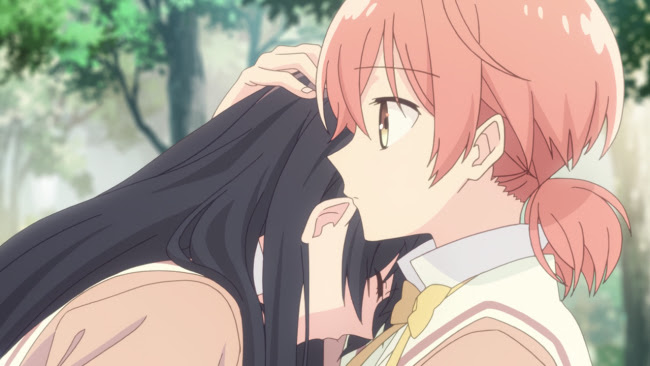 The series has so far avoided standard plot paths of anime melodrama and Yuu's thought processes feel organic. When Touko oversteps the boundaries set by Yuu, you feel bad for both of them, while Yuu remains unsure of whether her feelings of sympathy for Touko constitute something like real love, which is natural for someone as inexperienced as she is. Like nearly all anime these days, this series is heavy with high school nostalgia, garlanded in this instance with elaborate Yuri flower arrangements, but it's never overblown and so far this series has simply been a very pleasant way to spend thirty minutes.

A hoof was heard in softest sod at dusk.
Assembled ants pretend to scatter out.
The candy corn returns to candy husk.
The rider's horse returns him back to route.
For thirty pounds of leaves a tree is real.
A forest seen begins acknowledged life.
The brittle leaves are weightless now revealed.
The air so dry with floating webs is rife.
The stage was crammed with cups and battered hats.
Decaying leaves attached to painted walls.
The audience consists of paying cats.
The actors were of yarn and tinsel balls.
A human wheel compels a capstan round.
A metal lizard struck without a sound.