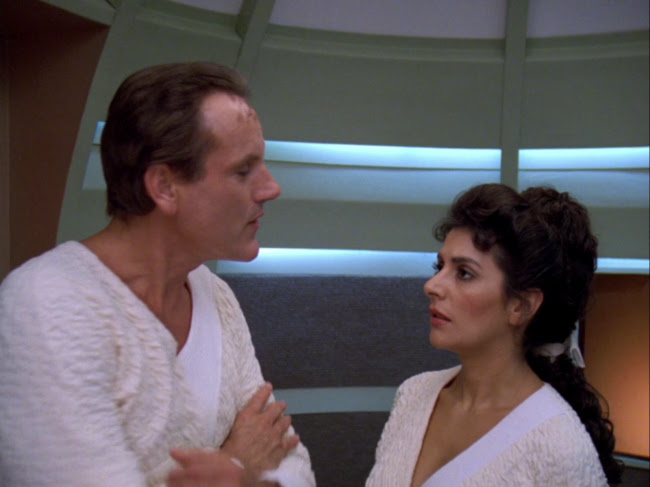 When a guy says he has to suck the lifeforce from a woman in order to save millions of people, how do you reply? Captain Picard wasn't having any of it the sixth season Star Trek: The Next Generation episode "Man of the People". He wanted to arrest the guy without hesitation. 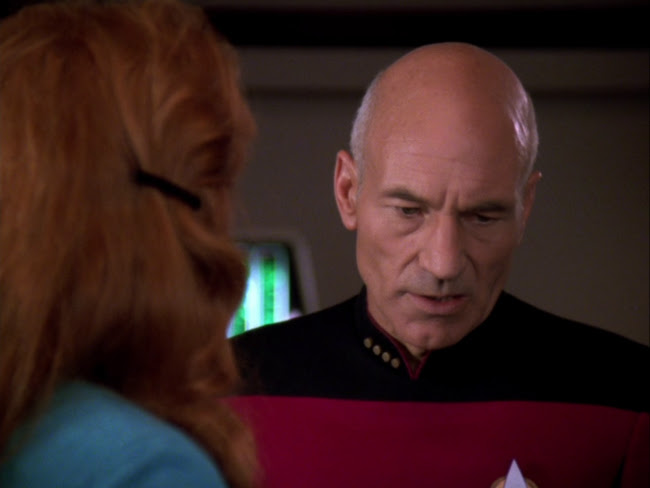 It's an interesting question--it is one of the old "needs of the many outweigh the needs of the few" questions. Though Picard (Patrick Stewart) might have pointed out, but for some reason didn't, that lots of diplomats do their jobs without harnessing the psychic energies of one beautiful woman at a time, causing them to age prematurely and act like assholes. But according to Memory Alpha, this episode was written by five different people, though it was only credited to Frank Abatemarco, because it was a late and hurriedly conceived episode to fill an unexpected slot. I suppose it's remarkable it holds together as well as it does. 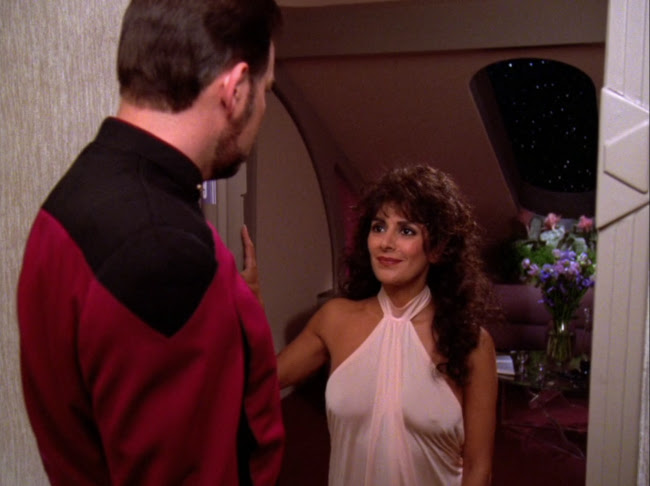 I really feel like Riker (Jonathan Frakes) should've realised sooner something was wrong with Troi (Marina Sirtis). Her getting huffy about Riker's non-jealousy when he walks in on her with that handsome ensign is certainly way out of character. Troi is kind of fun in this episode. 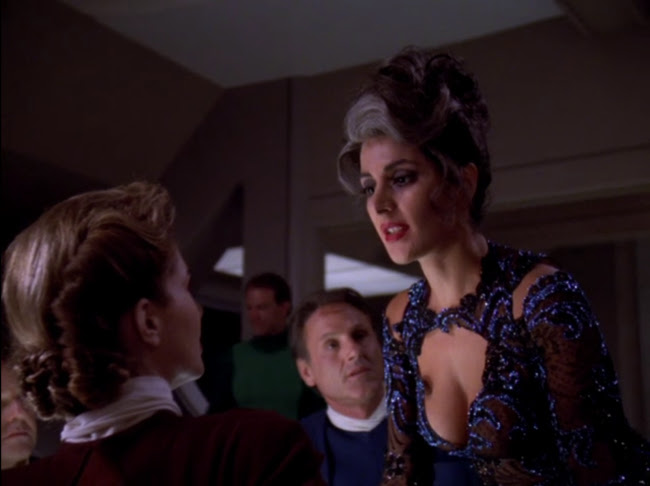 It's too bad this couldn't be her normal wardrobe. The hair is better, too. When TNG was first on the air, I went to a Star Trek convention where Sirtis was guest of honour and I remember her complaining that her normal wig at this point in the series made her look like a country music singer. I couldn't agree more. 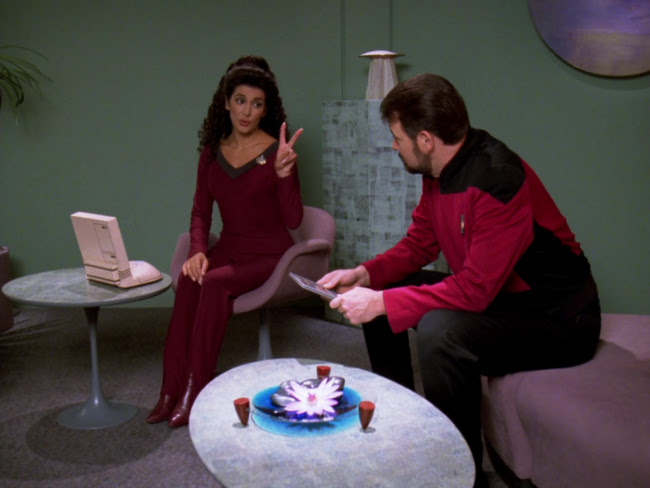 Posted by Setsuled at 3:11 PM
Email ThisBlogThis!Share to TwitterShare to FacebookShare to Pinterest
Labels: man of the people, marina sirtis, star trek, star trek the next generation