Stuart Monarch of the Doctor 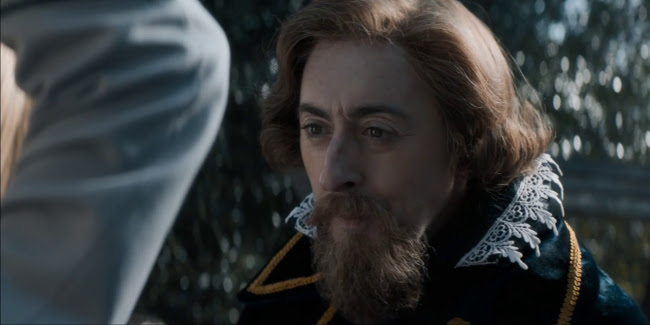 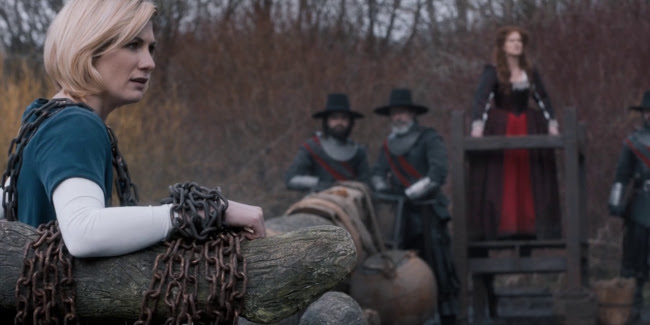 The 17th century is my favourite century (I have an infrequently updated webcomic set in the 17th century, you know) and I wish the Doctor would visit it more often. The few examples have not been bad--I like the Fifth Doctor serial The Visitation and the few 17th century scenes in the Seventh Doctor's serial, The Silver Nemesis, are good. The last time the Doctor visited it was during the 1650s, in the Twelfth Doctor episode, "The Woman Who Lived", an episode unfortunately with some big historical inaccuracies and little apparent real interest in the period. 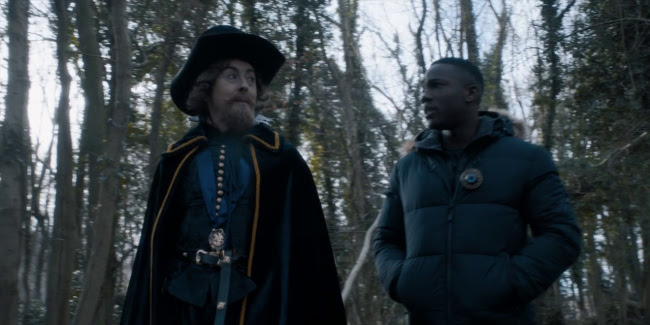 In the prime of life, over middle height, a good horseman, devoted to the chase, drinking hugely but never overcome by his liquor: he employed a pithy wit and a wealth of homely images and learned conceits in free and familiar discourse with all . . .

As a man, James was one whom it is easy to love or despise, but impossible to hate. Though every inch a pedant, he was human--far more human than his more noble and reserved successor

[his son, Charles I]. His instinct to sympathise warmly, except when annoyed or prejudiced, with anyone who spoke to him, led to rapid and unconscious vacillations in his conduct. The more intimate friendships which were a necessity to his life, counteracted yet more disastrously his excellent intentions as a ruler. Choosing his favourites for no other merit but their charm as companions, he was too fond to deny them anything. Their power for evil was the greater, because he himself hated the details of administration, and loved to live in the abstract heights of a general scheme, oblivious of the monstrous distortions to which a plan is liable in action, and the terrible wrongs for which even a love of justice, if it despises diligence, can easily be made the cloak.

. . . his favourites or minions . . . like burning-glasses, were daily interposed between him and the subject, multiplying the heat of oppressions in the generall opinion, though in his own he thought they screened them from reflecting upon the crowne . . . Now, as no other reason appeared in favour of their choyce but handsomnesse, so the love the king shewed was as amorously convayed, as if he had mistaken their sex, and thought them ladies; which I have seene Sommerset and Buckingham labour to resemble, in the effeminateness of their dressings . . . Nor was his love, or what else posterity will please to call it, (who must be the judges of all that history shall informe,) carried on with a discretion sufficient to cover a lesse scandalous behaviour; for the kings kissing them after so lascivious a mode in publick, and upon the theatre, as it were, of the world, prompted many to imagine some things done in the tyring-house, that exceed my expressions no lesse then they do my experience . . . 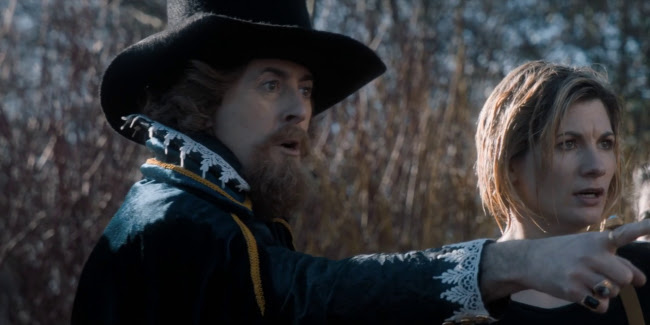 Yep, that's the King James of the King James Bible, a book that's been the bedrock for hardcore Protestants for generations. Reference is made to this bible in "The Witchfinders", sadly for the Doctor (Jodie Whittaker) to speak with undisguised disdain for the Old Testament and apparent preference to the New Testament. There are plenty of ways in which the Old Testament is more enlightened than the New; Christ essentially forbids divorce in the New Testament, whereas it's allowed in the Old, something Milton discusses at length in his pamphlets on divorce. 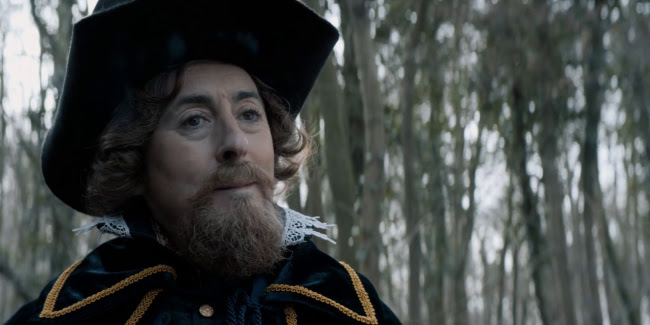 Cumming's portrayal is definitely campy in a very good way but his James also turns out to be the first supporting character this season who's more complex than simply being a good guy or a bad guy--which makes it fitting the Doctor gives him a lecture about how people don't really fit into either category. It was a nice moment--I admit, though, it kind of made me realise for the first time how bland Whittaker is. 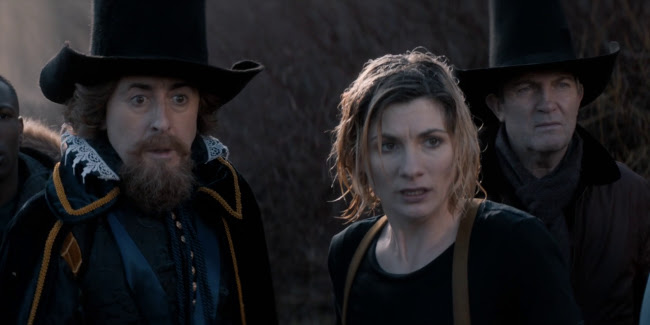 Cumming's broad wattage may have been overpowering her a bit but I think Capaldi or even Smith could've delivered a better, more glittering side of the back and forth. Oh, well.