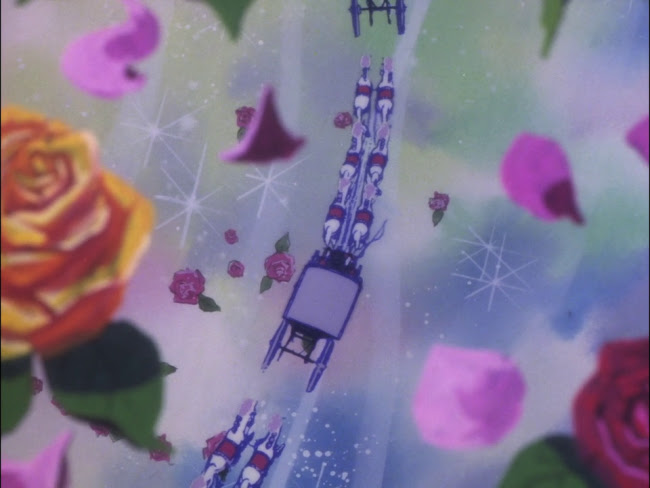 I've been keen on anime lately and 18th century Europe. If only there were a way I could combine the two. But there is! I've watched three episodes now of one of the most influential shojo anime series of a all time, 1979's The Rose of Versailles (ベルサイユのばら), a show I've wanted to see for a long time because of its influence on one of my favourite series, Revolutionary Girl Utena. The similarities so far seem mainly to be in aesthetic choices and in a cross dressing female protagonist. What a joy Rose of Versailles has been so far, featuring some of the best backgrounds I've seen in a 70s anime and demonstrating greater knowledge of history than I'm used to in European fantasy from Japan. 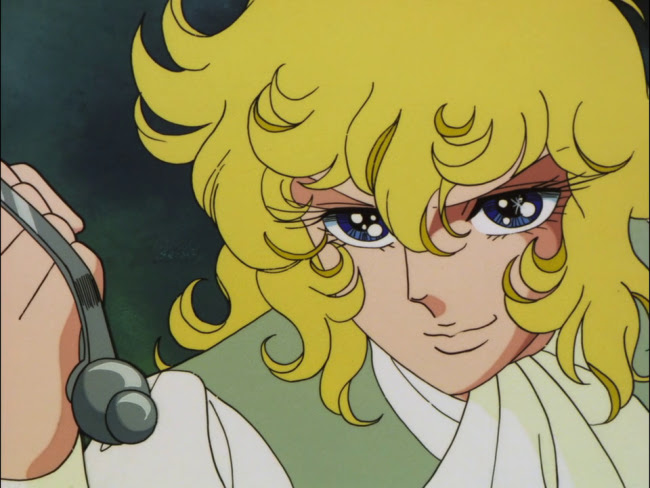 The series follows Oscar (Reiko Tajima), the daughter of a French nobleman. Like many other fantasy stories about tomboys, the nobleman wanted a son so he raised his daughter like a boy. She grows into a young woman who excels in disciplines traditionally reserved for men like fencing. She's so good, in fact, the King ends up wanting her for the Royal Guard and, after some reluctance to accept this post in the first episode, she becomes head of the retinue guarding the young Marie Antoinette in her journey from Austria to France. 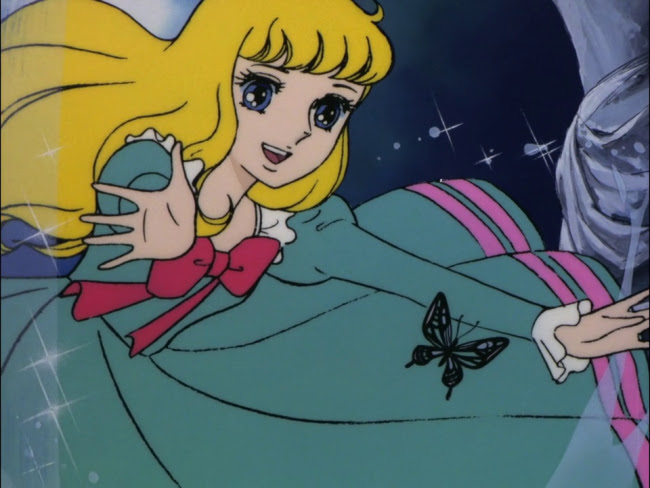 Introduced as an innocent and shallow girl chasing a butterfly around a fountain, she generally seems to fit the typical, popular impression of the historical Marie Antoinette. It's hard to say so far where the series is philosophically--obviously it indulges in the fantasy of aristocracy but Oscar is also portrayed as someone with little patience for the excesses of the court. Most of the plot has involved melodramatic contrivances, including a young man who temporarily takes Antoinette's place as part of scam Oscar manages to foil in the second episode. 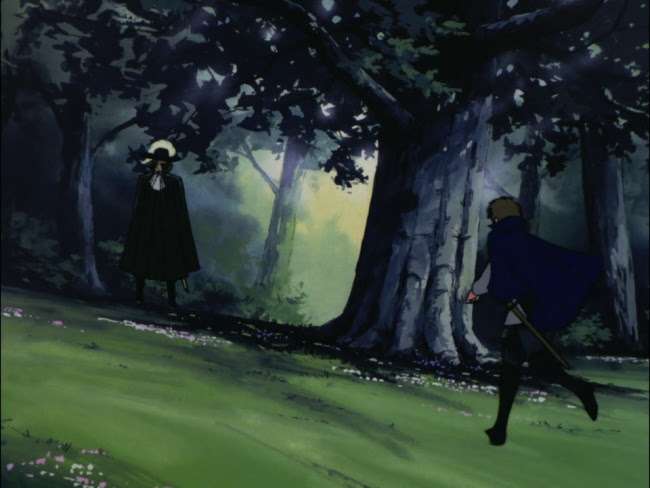 The animation in the sword fights is about as good as you can expect from a 70s television anime--not great--but director Tadao Nagahama finds engaging ways to compose and juxtapose shots of flashing swords. I was frequently impressed by how animated elements are layered over the backgrounds, too. 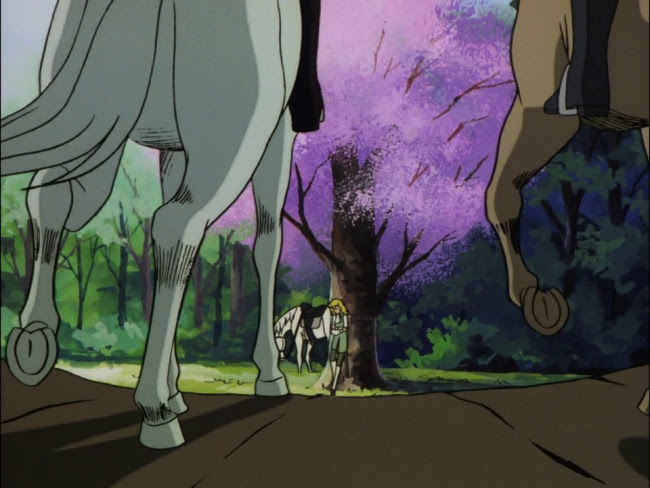 And, oh, those backgrounds. 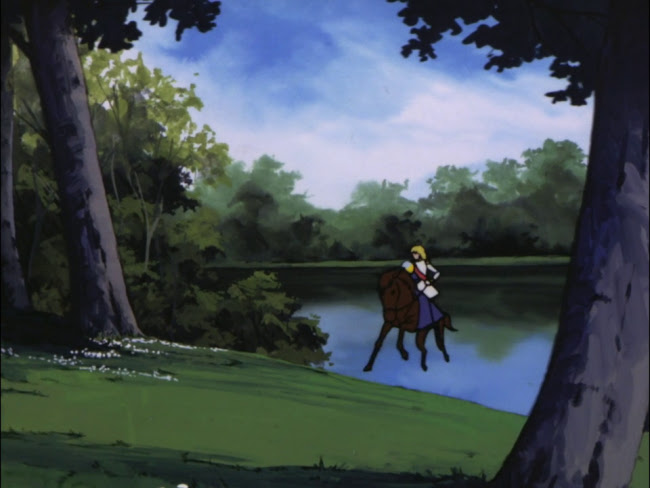 The opening titles are also very cool, engaging in some of the rose heavy surrealistic imagery familiar to viewers of Revolutionary Girl Utena. I'm looking forward to having this series to watch every morning.

The handle fell for twine to pull the cart.
A scattered grain collects between the boards.
An errant wheel returns for journey's start.
A thought balloon was straining 'gainst the cords.
A ship was waiting far from any dream.
The tub was plugged with letters lost at sea.
The woods were thin as leaves were never seen.
The space was held by one impostor tree.
There's something bouncing round the hollow egg.
As flakes of gold mislead the waiting coach.
The journey takes a strange and diff'rent leg.
The mass of hares was more than traps could poach.
The bones against the cotton call the air.
The stones along the hill have made a stair.

Posted by Setsuled at 9:40 AM
Email ThisBlogThis!Share to TwitterShare to FacebookShare to Pinterest
Labels: anime, rose of versailles, shojo