Just Get On the Disintegrator with Everyone Else 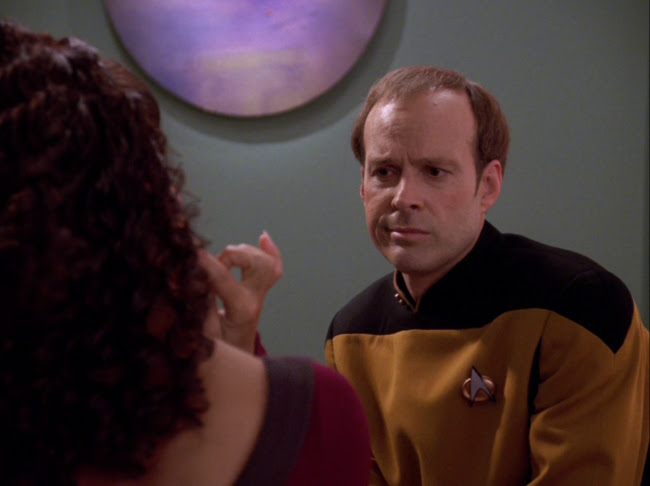 Oh, Barclay, worried about a silly little thing like having his entire body disassembled and reassembled remotely. "Realm of Fear", the second episode of Star Trek: The Next Generation's sixth season, has a nice script by Brannon Braga, one I rather like for being from the point of view of a character whose fears are both irrational and rational. The special effects and perhaps direction apparently didn't meet with Braga's approval, though. He's quoted on Memory Alpha as saying;

I envisioned a scarier episode where the creatures in the transporter were a little more frightening, but then again what a tall order to the effects guys, "Make it amorphous, but terrifying." What does that mean? It's easy to write that, but difficult to visualize. I just wanted you to feel scared with this guy and you never really did. 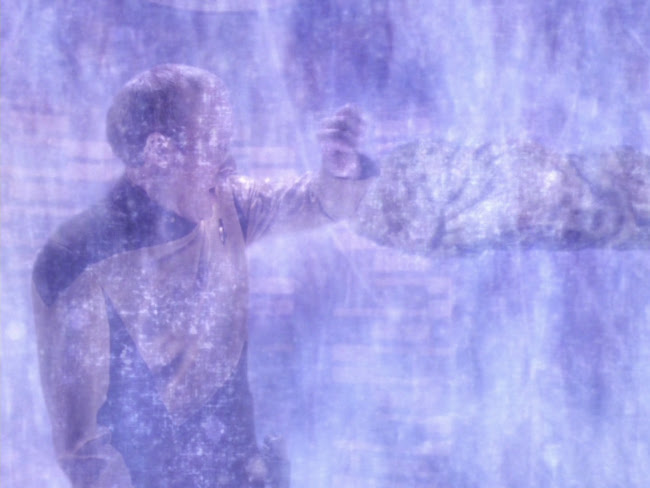 It's gracious of him to take the blame like that. I'm not sure how the effects people in 1992 could've done better than they did on their budget. Maybe instead of worm puppets have scary humanoids? Maybe if they'd brought in David Lynch as special guest director.

This is my favourite Barclay (Dwight Schultz) episode. The nervous, semi-regular character on The Next Generation who made appearances on Voyager, I usually found him a little too broad but he's just right here. Schultz plays Barclay's anxiety as completely on his sleeve and it works; maybe a little more emotive than the TNG characters usually are but I've certainly known people in real life who are even less successful at holding it together. 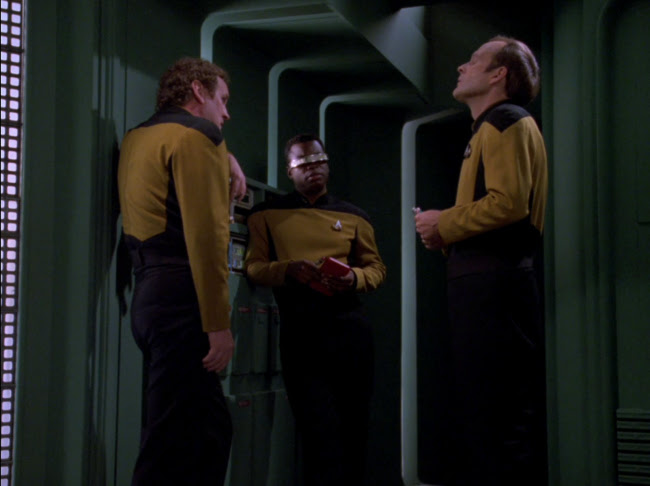 Troi (Marina Sirtis), La Forge (LeVar Burton), O'Brien (Colm Meaney), and all these evolved Federation people are so nice and patient with Barclay as he talks about problems with the transporter that have been solved for centuries. But even he never imagined it could have worms. 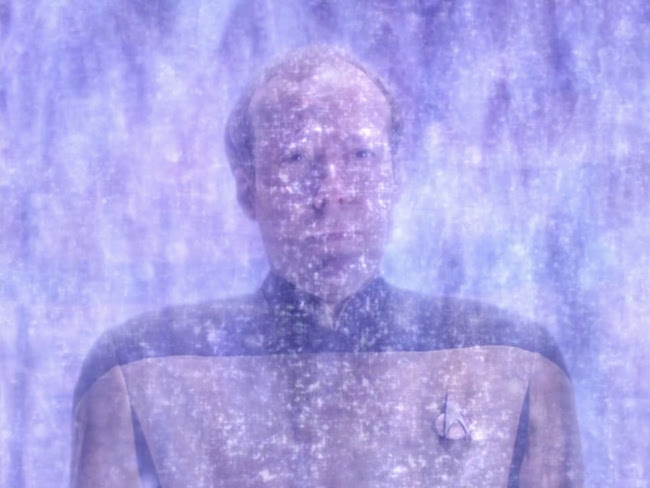 I love the scenes where he's worrying alone about it, where he asks the computer for symptoms of "Transporter Psychosis" and immediately assumes he has it. What a prophetic bit of writing for people self-diagnosing with sites like WebMD. The end of the episode doesn't really make any sense but it's a nice journey to get there.