Mac is the Turkey 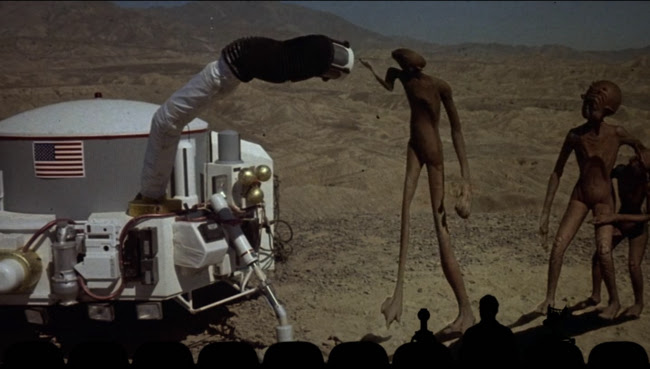 For many of us, Thanksgiving means Mystery Science Theatre 3000 because of the "Turkey Day" marathons that used to run of the series back in the 90s. Since series creator and original star Joel Hodgson reacquired the rights to the series a few years ago, the marathons have resumed on YouTube. This year, NetFlix also debuted the second season of the series' revival, produced by Hodgson and starring Jonah Ray, on Thanksgiving. I watched the first episode to-day in which Jonah and the Bots watch and riff on the infamous 1988 E.T. rip-off Mac & Me. 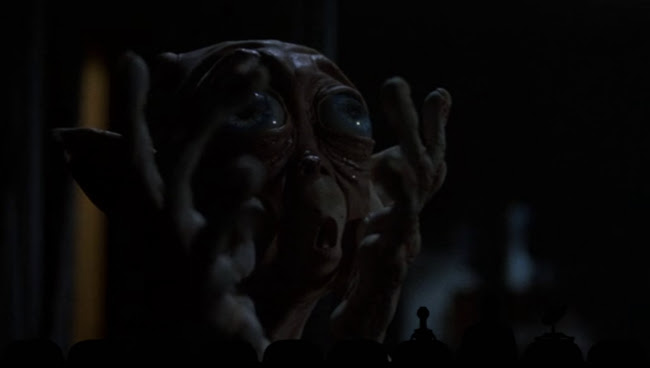 They still haven't abandoned the gimmick where Jonah has to relive the experiences detailed in the theme song every episode, something I got tired of two episodes into the first season. Him getting sucked up in a chute at the beginning in the middle of a host segment feels a bit artificial but the revival series generally feels a bit more mechanical. It's very slick and Hodgson assembled a lot of talented people but it lacks the essence of the original series which had more of a sense of a group of funny people hanging out and watching a bad movie yet at the same time committed to the reality of the two puppet robots. The cheapness of the sets and costumes somehow enhanced it. 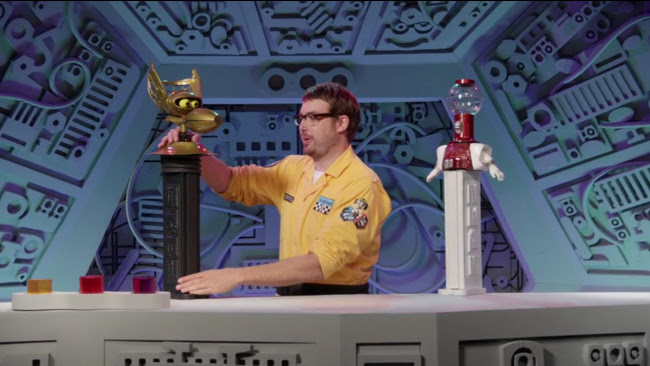 I don't mind Jonah but Hampton Yount and Baron Vaughn are still weak, unremarkable, and needless replacements for Bill Corbett and Kevin Murphy. Felicia Day and Patton Oswalt are both very professional as the mad scientists who force them to watch bad movies but the show still feels more like a tribute to the old series than a continuation. The performances feel more consciously stylised, lines are delivered much faster and don't seem as natural, another thing undercutting any possibility of an organic feel like the old series'. But I did laugh at some of the jokes. Their comments on the soundtrack are particularly funny, especially lines about Alan Silvestri's peculiarly enthusiastic score. 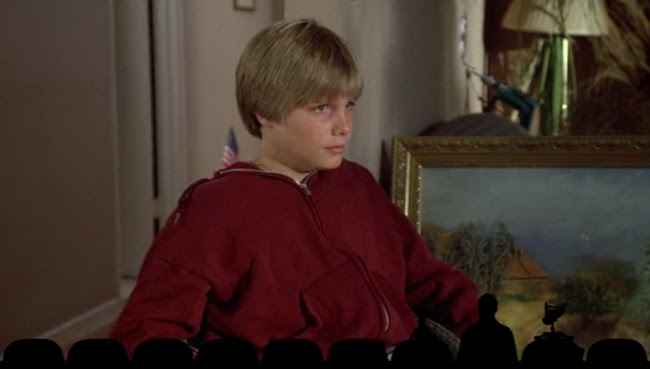 I actually saw Mac & Me when it was in theatres, my family and I were tricked into thinking it was a real movie instead of a long commercial for McDonald's and Coke. It didn't take us long to be disabused of this misapprehension. To-day, the movie as a spectacle, an artefact of soulless 80s commercial mediocrity, is more fascinating than any of the jokes from Jonah and the Bots, which actually felt a bit tired. Maybe it was bad timing for me, too, because a couple days ago I saw the McDonald's I went to as a kid was being demolished. The movie consequently took on a more pathetic quality, a glimpse of the glory days of a company whose sales have been declining. The fact that it was always so soulless somehow making it even sadder, like the ghost of Jacob Marley. Jonah quips about the "finishing move" of product placement at the end when the creepy little alien kid is wearing a "McKids" shirt and I was just struck by mild nostalgic nausea. That's right, I remembered, those poor assholes actually pushed a clothing line. 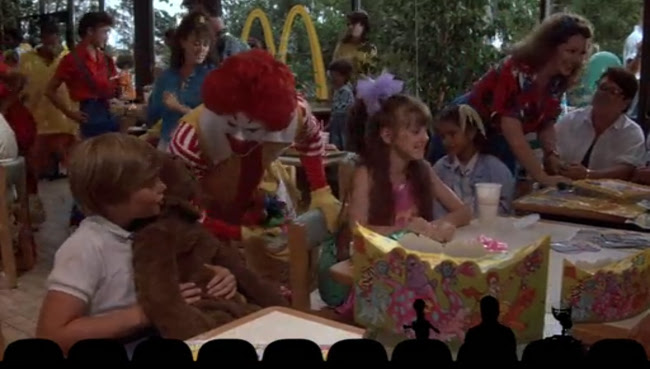 Ronald McDonald won a Razzie for Worst New Star, the film itself won Worst Picture and Worst Director when it came out. So it's been taking a beating for a long time, I'm not sure Jonah and the Bots brought enough new to the table.