A Long Way to See Colour 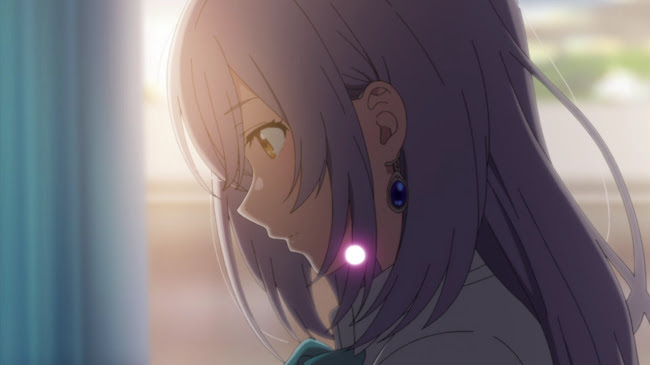 The surprisingly mild adventures of a time traveller unfold in the new anime series Iroduku: The World in Colours* (色づく世界の明日から). A pretty show about a teenage girl sent from the future to 2018 by her grandmother, it introduces a few ideas for dramatic tension and then rapidly dissolves them into almost a slice-of-life series. The sixth episode airs to-morrow, the first five are available on Amazon Prime. 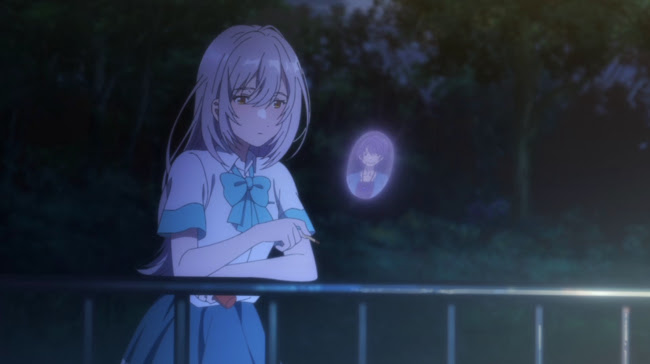 Hitomi Tsukishiro (Kaori Ishihara) is colour blind and emotionally repressed. She hates magic though she lives in a world where magic is commonplace and her grandmother (Sumi Shimamoto) is a powerful witch. In an effort to perk her up, her grandmother sends her back in time so Hitomi can get to know her grandmother when she was the same age. 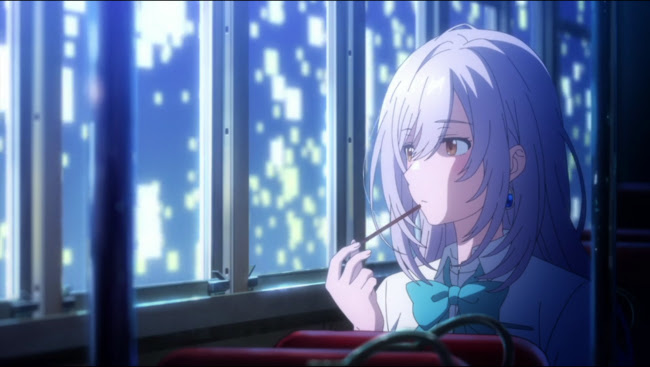 After a Miyazaki-ish ride in a magic time travelling bus, Hitomi arrives in the bedroom of a 2018 teenage boy, Yuito Aoi (Shoya Chiba). She's caught on camera leaving the place by a couple of photography students. 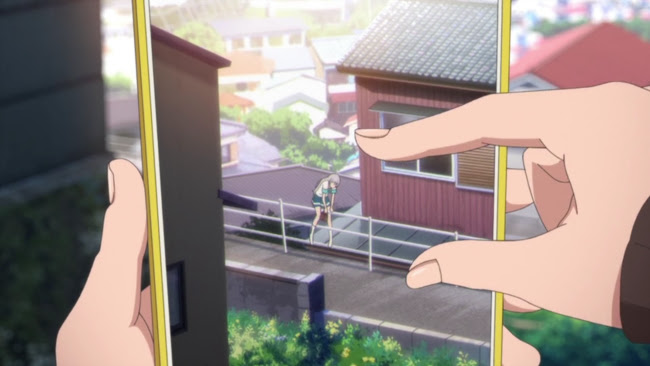 The misunderstanding is cleared up pretty quickly and no-one freaks out. Before long, Hitomi has joined the photography club where Yuito is also a member. Yuito's also an artist and for some reason Hitomi can see colour when looking at his tablet paintings. I don't suppose these two could look any more fated for each other if they literally discovered they were tied to two ends of a red thread. 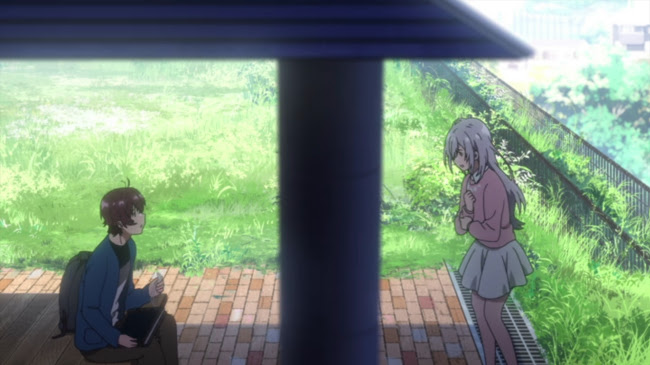 But most of the show is small talk about club activities, cooking, and polite questions about the backgrounds of characters in the club. There is a sweetness to it as Hitomi is encouraged by her friends to be more outgoing though her shyness is very moe, played up for its cuteness. The concept of the grandmother feeling her own past experiences can be therapeutic for her grandmother is kind of interesting, though. And although the animation gets cheap pretty fast and some of the backgrounds are clearly treated photographs it's a really pretty show. Background painters for Japanese series seem to churn out one lush, flowery wilderness after another. The series is set in Nagasaki; I wonder if there are really so many flowers in Nagaski in spring. 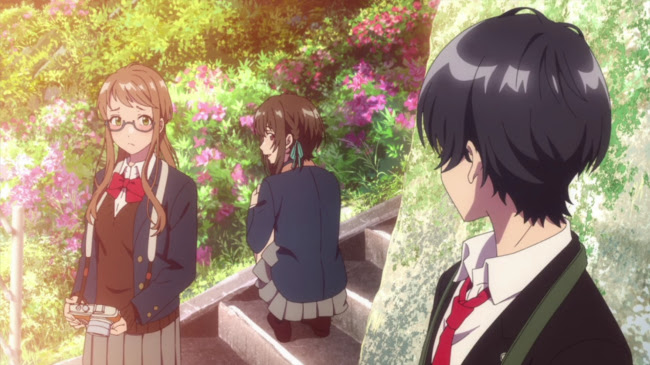 *That's the English title, anyway. The Japanese title is Irozuku--there is no "du" sound in Japanese. Why someone thought "du" would suit English speaking audiences better than "zu" I have no idea.

Horizons dip beneath a greenish sphere.
A verdant brain devolves to perfect curve.
The burning star ignites a little near.
Compelled to cook the sky will surely serve.
A stalwart hull would hardly ever rust.
At waiting stations cars were speeding up.
A fashion carved the final marble bust.
For ice was plastic pieces filled the cup.
Debuts in questioned plaid await the brush.
Disciples burn a careful bag of gum.
Included souls won't hear the heavy hush.
Behind the numbered drapes a velvet sum.
The colours changed to patterns took the coat.
A blurry picture sunk the sharper boat.