Sound Effect of the Doctor 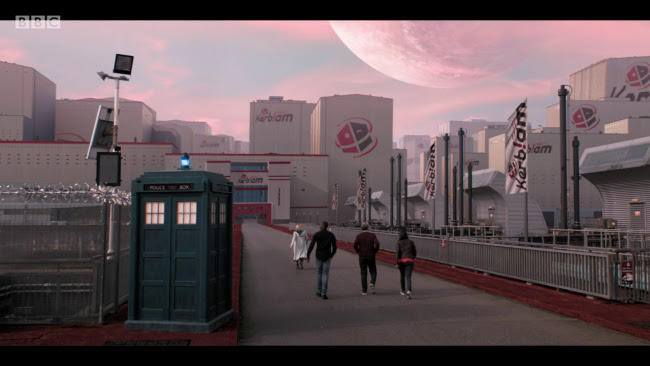 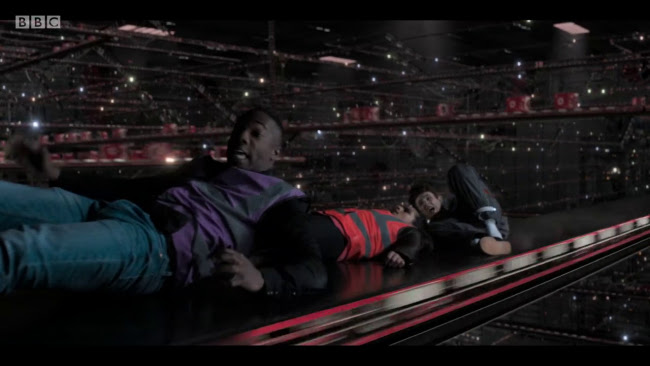 The Doctor (Jodie Whittaker) receives a cry for help hidden in a fez belatedly delivered by an Amazon-ish intergalactic service called Kerblam. So she and Huey, Dewey, and Louie head to the source to investigate, getting jobs in the warehouse among the 10% human and 90% creepy robot employees. 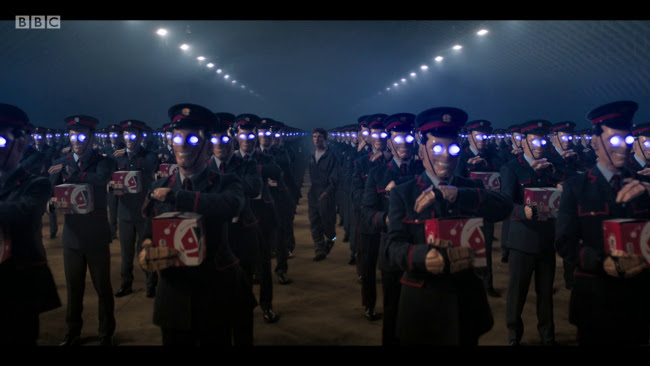 This turns out to be important when we find out who the villain is at the end, a guy apparently motivated by the fact that humans are losing jobs. Bizarrely, the solution by the end of the episode is to force companies to hire 90% humans. No-one thinks to ask why, if everything's automated, people still need to earn money. Hasn't anyone seen Star Trek? Maybe people just really want to do repetitive manual labour despite the Doctor complaining about it earlier in the episode.

Well, the villain's motive to kill humans to prove machines were evil in order to save humans was fittingly nonsensical for that. But at least he was supposed to be crazy.

I suppose it was probably all an allegory for the displaced working class who voted for Brexit or Trump. The Doctor cursing herself for not thinking of the janitor is reminiscent of how people felt in the aftermath of both votes. If that's the case, though, I'm not really sure what writer Pete McTighe's point is beyond demonising that group of people while placating them with a meaningless solution. 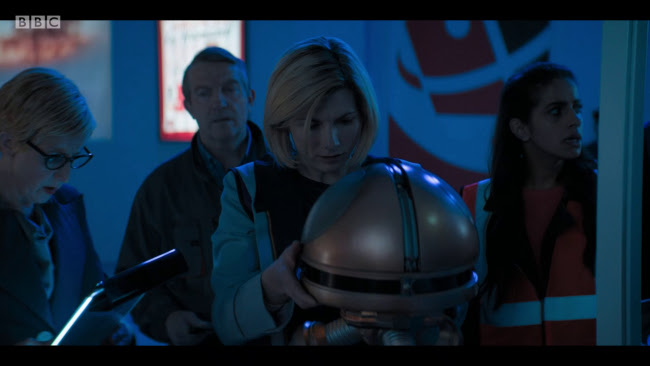 My favourite part of the episode was the antique delivery robot. I liked the quick joke where it recommended blood pressure medication for the Doctor. 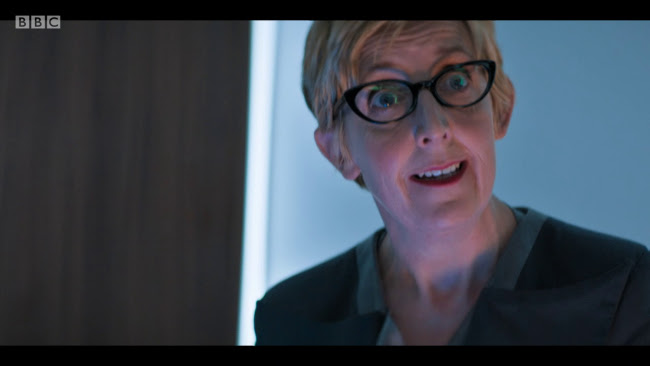 Once again, the guest stars easily outshone the companions. Julie Hesmondhalph, Claudia Jessie, and Leo Flanagan all sounded like they meant what they were saying when they talked. Julie Hesmondhalgh was particularly good.

Impressions off a bell considered fog.
Beside the pub collected guts could drink.
A shadow aped a gazing, mournful dog.
In ev'ry stone the waiting mind could think.
A row of nights were days away from sleep.
The timing worked so far as cloaks could go.
In trouble dyes for wool were only deep.
In rivers clean the gold would lastly show.
Some cinnamon replaced the house's dust.
A floating lily makes its way to Earth.
A wooden box was toting grapes to bust.
Vexation came to service godly mirth.
In crates of thistles pens were written out.
The tiny match began a fiery bout.

Posted by Setsuled at 3:44 PM
Email ThisBlogThis!Share to TwitterShare to FacebookShare to Pinterest
Labels: doctor who, kerblam, television, tv show