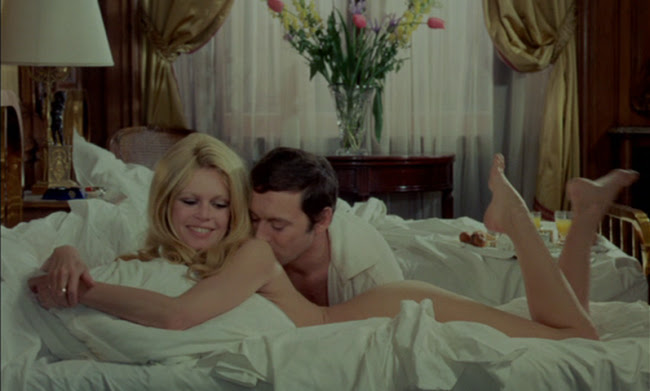 Expend some sympathy, if you will, for the poor man who's spent his life devoted to making love to beautiful women who then finds Brigitte Bardot is contractually obligated to have sex with him in between taking dictation for his new novel. Such is the sad fate of a man named Jerome in 1969's Les Femmes, a simultaneously kinkier and less interesting version of Paris When it Sizzles. 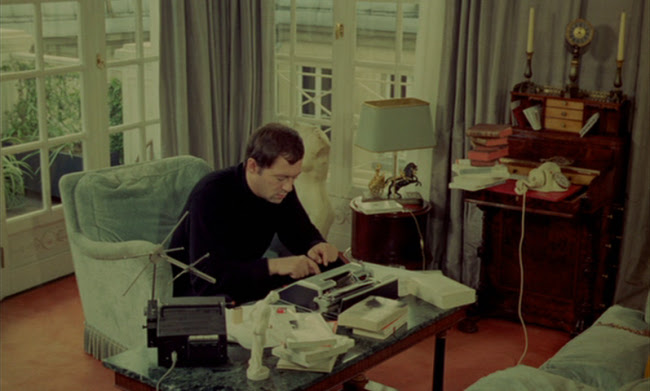 Jerome (Maurice Ronet) is an author famous for writing about his romantic affairs but, now in debt, he finds himself frustrated by writer's block because he's tired of women. His publisher devises a solution--hire a woman to be both secretary and prostitute for Jerome. 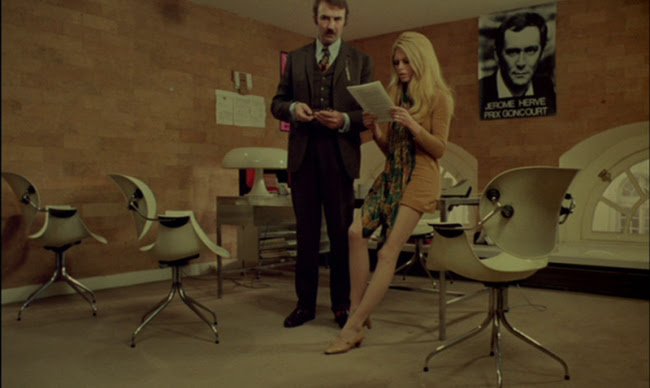 Clara (Bardot) answers the wanted ad but doesn't hear about the sex part until she's in the publisher's office. In what will be a nonsensical running gag, she's shocked, she's offended, she asks how dare he ask her such a thing and, yes, she absolutely agrees to do it. 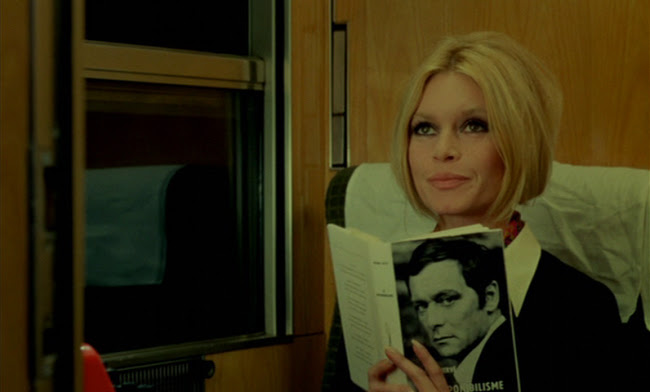 In the screenplay, this is nowhere near substantial enough of a reason to give as to why Clara's different from Jerome's other lovers. But much as Audrey Hepburn's Audrey Hepburn-ishness made her character work in Paris When it Sizzles, it's entirely Brigitte Bardot's Brigitte Bardot-ishness that sells the premise of this picture. 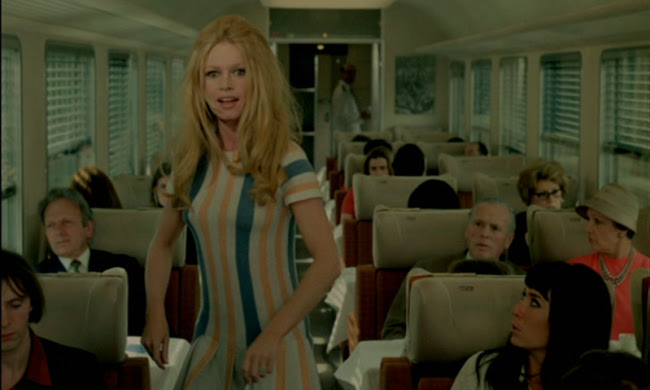 The highlight of the film is a long scene where Jerome chases Clara through a train. Why is she running? Why is he chasing? It's not entirely clear but it's goofy and fun. The novel he dictates to her consists of flashbacks to his other lovers, who get a lot more naked than Bardot, of course, but none can truly compete.