Sonic versus Sonic and the Space Gremlin 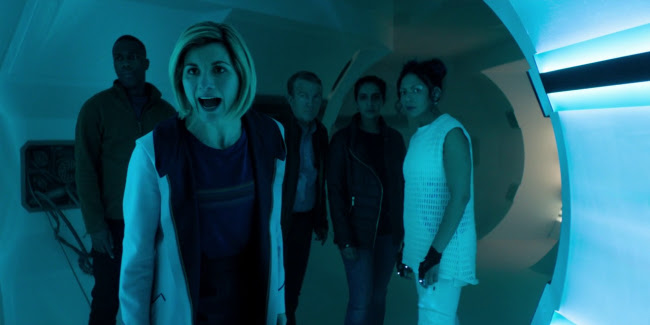 That's more like it. I was beginning to worry I wasn't going to like any more episodes this season of Doctor Who so I was relieved to find I enjoyed the taut, straightforward, trapped on a spaceship, peril plot of "The Tsuranga Conundrum". It reminded me of my favourite Chris Chibnall episode, "42", from the Tenth Doctor era. "Tsuranga Conundrum" has its flaws but mainly I enjoyed it. 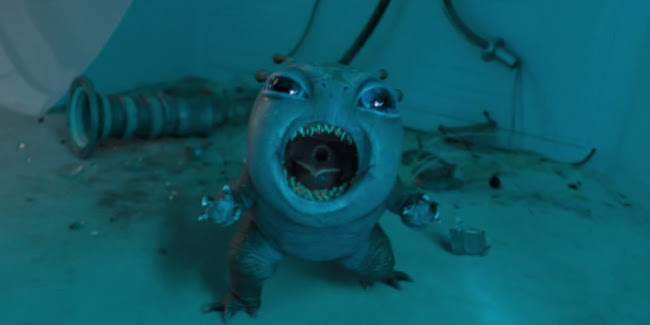 Looks like the Adipose has some competition for cutest Doctor Who monster. Maybe the Quarks from The Dominators deserve that title, but I'm not sure they were meant to be cute.

After accidentally triggering a "sonic mine", the Doctor (Jodie Whittaker) and her companions wake up on an automated hospital ship staffed by only two medical personnel. The Doctor immediately wants to change course and get back to her TARDIS, managing to force her way onto the bridge before one of the staff, Astos (Brett Goldstein), convinces her to stop. There are other people with injuries aboard, he explains, who need to reach their destination. The Doctor admits he's right--then the two have to work together stop the sudden mysterious threat that turns out to be the adorable PTing. 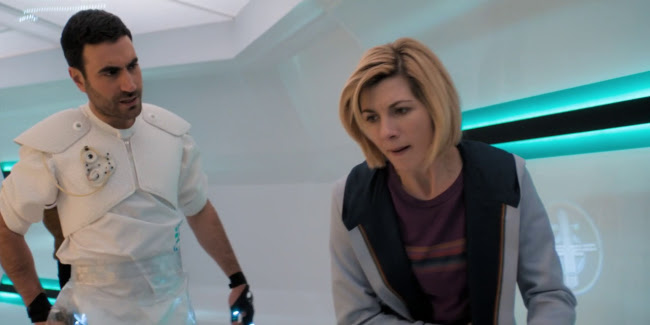 The Doctor's dialogue with Astos, as she learns quickly to respect him and he learns quickly to trust her, is some of the best, most natural dialogue of the season so far. Everything they say to each other makes sense considering who the characters are and what their motivations are from moment to moment, nothing feels forced. 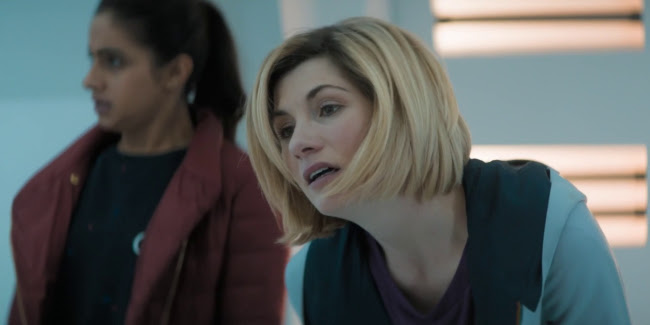 For the most part, the companions feel really redundant in this episode, particularly Yaz (Mandip Gill), who's given a really lame line about how some gadget reminds her of the shoulder cam she wears on duty. Yes, Yaz, we remember you're a cop, thanks for contributing. The three companion thing might work better if there didn't seem to be an insistence that everyone chip in in every episode, no matter how artificial. Why does Yaz need to when it looks like she has a great part in next week's episode? Which I hope is good--I love the idea. Doctor Who in colonial India. 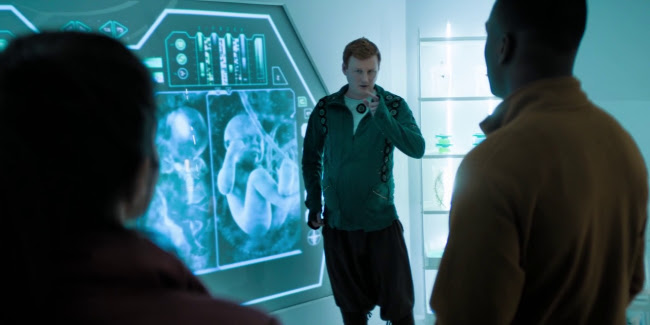 A subplot about a pregnant man isn't quite interesting enough to be bad, though it's essentially stock plot except for the sex of the pregnant person. Ryan (Tosin Cole) has an epiphany about his own relationship with his father through the process of helping the man give birth. It all feels so rote next to the plot of the ship's crisis. I guess it could be argued that a story like this will help boys get a new perspective on women and their own relationships, but I'm of the opinion that dull, mechanically executed stock plots don't help anybody. If your target is children then the novelty of the parent's sex matters even less. 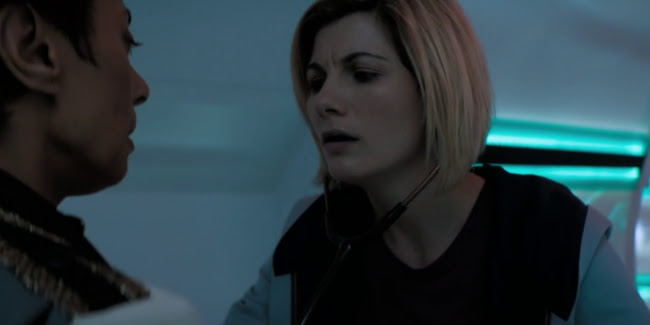 I liked the general and her brother; I also like that the Doctor used her stethoscope for a medical diagnosis. For years, the Doctor explained he wasn't a Doctor of medicine, then at some point the writers vaguely decided he probably was--there's a cute moment in The Daemons where someone asks for a doctor because a man's unconscious. The Third Doctor delivers the line completely straight, "I'm a doctor," and Jo smirks. But this is the first time I think she's really gone all in on it. The TARDIS Wiki has a list of every time the Doctor's used a stethoscope and the closest he or she's come to using it this way is when he listened for Jenny's two hearts in "The Doctor's Daughter".

Whittaker was good in the episode, despite a speech about hope that fell a bit flat. It was a good episode.

Posted by Setsuled at 4:43 PM
Email ThisBlogThis!Share to TwitterShare to FacebookShare to Pinterest
Labels: doctor who, television, tv show