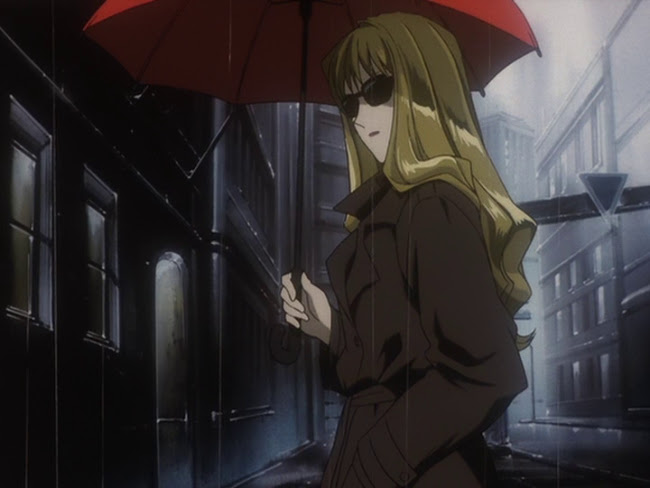 Carrying over from the previous episode, questions about the real nature of home and family underlie the action in the penultimate episode of Cowboy Bebop. 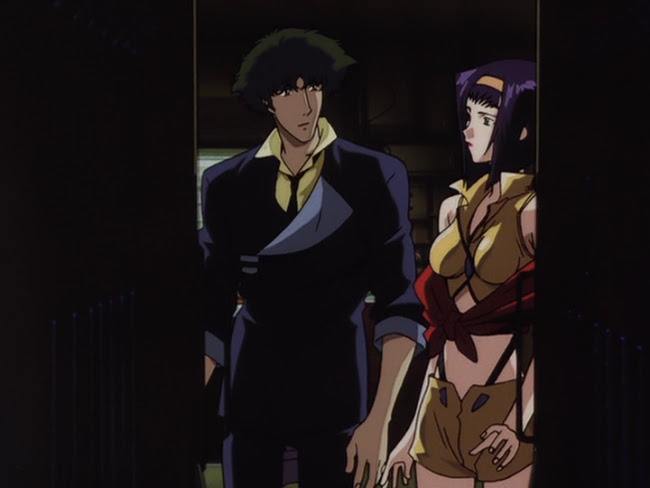 Moving from eggs to alcohol, Spike (Koichi Yamadera) and Jet (Unsho Ishizuka) are still trying to get over the departure of their crewmates. Jet tries to put up a front, saying the others only got in the way, while Spike remains quiet. The uncertainty of how much the crew of the Bebop means to each other makes the character drama especially effective in the last few episodes. 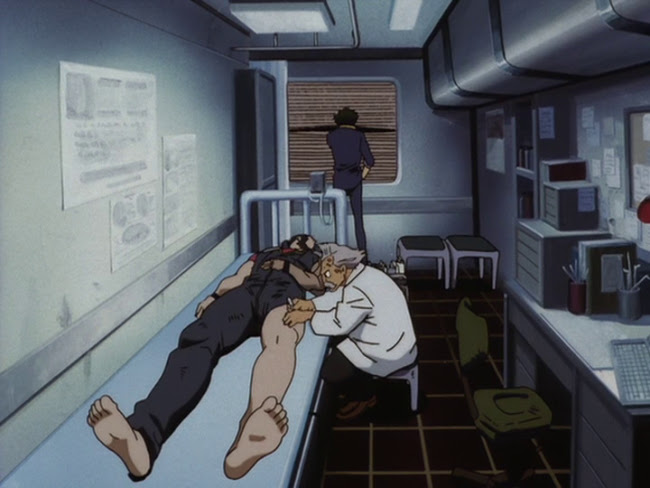 After Jet gets shot in the leg, Spike calls Faye (Megumi Hayashibara), demanding she come back to help out. Faye is indignant, pointing out there's no reason for her not to go off on her own if she decides to. When she does come back, Spike spots her hesitating at his door, and presumes she wants money for information. There's a back and forth with both characters, one moment instinctively reaching for the crew as a family, the next moment treating their relationship as casual and opportunistic as the terms on which it had been introduced. They've grown fond of each other but, lacking the confirmation of traditional expressions and labels of affection and family, their relationship is unstable. Anyone could just walk out any time like Edward did. 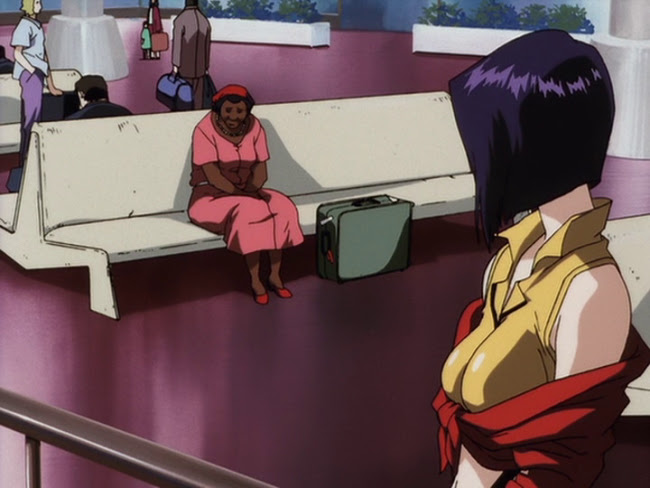 This is underlined by two chance encounters Faye has when she's wandering alone. When she's at a space port, she happens to overhear a conversation between a man and his mother--he's trying to convince his mother that he really wants to live with her and help her out in her old age, though she feels guilty for imposing on him. The man turns out to be none other than Punch (Tsutomu Tareki), one of the hosts of the hyper, post-modern TV show Big Shot. A show that provided information on bounties for bounty hunters, it featured Punch and Judy (Miki Nagasawa), named for the traditional European puppet show, dressed in ridiculous, stagey cowboy attire. We'd seen the show cancelled two episodes earlier, in "Brain Scratch", and now Faye is understandably taken aback to see this zany fellow has a normal family. Much more normal than hers, as we know from her vain attempt in the previous episode to reconnect with the home on Earth she grew up in. 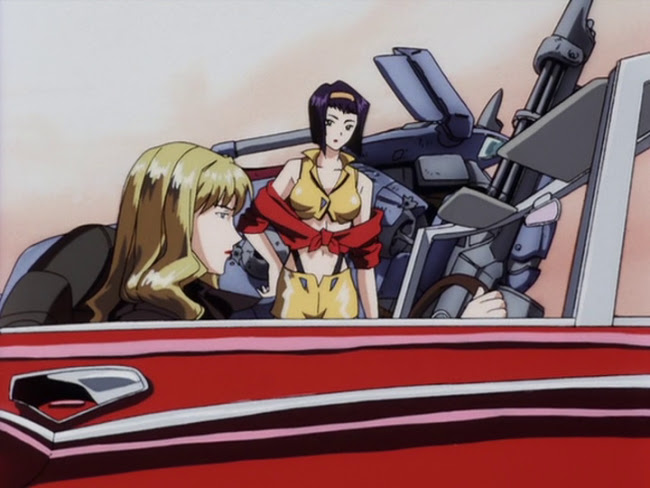 The other chance encounter Faye has is with Julia (Gara Takashima), the love of Spike's life, who finally has a speaking role in this episode. Faye doesn't even know who she is when she instinctively decides to help her fend off some black suited syndicate gunmen. It's a nice car chase, with Faye carefully firing off single shots to pop their pursuers' tyres instead of randomly blasting away. 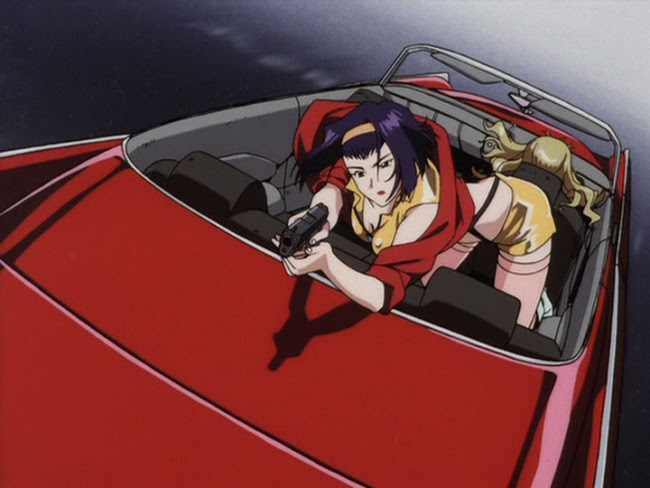 This is another sudden physical manifestation of a reality behind a story, though Faye at least had some idea of who Julia is from Spike's few words on the subject. Everything's coming to the surface now. Meanwhile, Vicious (Norio Wakamoto) is taking over the syndicate, Spike's old family, and Spike finds he has one ally there in Shin (Nobuyuki Hiyama), the brother of Lin, who'd died in "Jupiter Jazz". Another sudden reappearance representing a family. All of these things forcing the characters to evaluate their places and their relationships move events into the final episode.