By March or Train, by Word or Thought 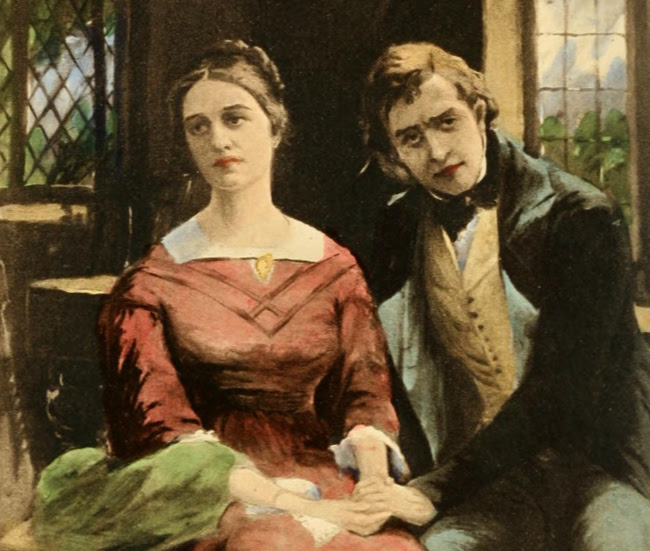 Choosing a life of unyielding virtue may seem only a matter of choice and dedication, particularly to the young. But as George Eliot demonstrates in her great, 1871 novel Middlemarch, the difficulties involved in such an endeavour entail more than self-denial and resolve. The difficulties consist in shifting goal posts, the nature of virtue as its defined in one's own mind contrasted with its definition in the minds of others, the usefulness of maintaining a reputation to achieve noble ends weighed against an unrelenting dedication to full disclosure and public confession, and the effect certain attitudes and actions may have on one's loved ones. Above all, life is damnably complex in spite of any attempt to apply a simple formula to it.

What an extraordinary variety of subject matter Eliot appropriately draws on to make this point, a point made even more sharply for the fact that this variety of subject matter is confined to one, sparsely populated, rural town in England. Alternating between stories of different local families, stories that periodically connect with one another, Middlemarch is about religious devotion, the complexities of marriage, dedication to scientific advancement, public achievement, and profound cultural shifts prompted by new economic realities. I found myself thinking of mid-20th century Westerns for the book's reference to the impending railway and how it will alter the town--although published in 1871, the story takes place in 1829-30, when railways were just being introduced to parts of England.

"But come, you didn't mean any harm. Somebody told you the railroad was a bad thing. That was a lie. It may do a bit of harm here and there, to this and to that; and so does the sun in heaven. But the railway's a good thing."

"Aw! good for the big folks to make money out on," said old Timothy Cooper, who had stayed behind turning his hay while the others had been gone on their spree;—"I'n seen lots o' things turn up sin' I war a young un—the war an' the peace, and the canells, an' the oald King George, an' the Regen', an' the new King George, an' the new un as has got a new ne-ame—an' it's been all aloike to the poor mon. What's the canells been t' him? They'n brought him neyther me-at nor be-acon, nor wage to lay by, if he didn't save it wi' clemmin' his own inside. Times ha' got wusser for him sin' I war a young un. An' so it'll be wi' the railroads. They'll on'y leave the poor mon furder behind. But them are fools as meddle, and so I told the chaps here. This is the big folks's world, this is. But yo're for the big folks, Muster Garth, yo are."

Timothy was a wiry old laborer, of a type lingering in those times—who had his savings in a stocking-foot, lived in a lone cottage, and was not to be wrought on by any oratory, having as little of the feudal spirit, and believing as little, as if he had not been totally unacquainted with the Age of Reason and the Rights of Man. Caleb was in a difficulty known to any person attempting in dark times and unassisted by miracle to reason with rustics who are in possession of an undeniable truth which they know through a hard process of feeling, and can let it fall like a giant's club on your neatly carved argument for a social benefit which they do not feel.

Caleb Garth, a farmer and land agent, is not a very well educated man himself but has a sort of automatic faith in the progress promised by the railroad. But there's a continual conflict in the book between what has been reasoned out by one party and what has been instinctively felt by another, and then this conflict varies in the degree to which one party is capable of reasoning and the other is capable of feeling.

At roughly the centre of the first part of the book is a young woman named Dorothea who is passionate about Puritanical ideals of self-sacrifice and public good. Eliot obtrusively draws many connexions between Dorothea and 17th century religious philosophy as it was perceived in the 19th century. Dorothea's veneration of John Milton is coloured by the ideas regarding Milton's personal life current in the 1800s.

"Could I not be preparing myself now to be more useful?" said Dorothea to him, one morning, early in the time of courtship; "could I not learn to read Latin and Greek aloud to you, as Milton's daughters did to their father, without understanding what they read?"

Personally, I think it unlikely that Milton's daughters would be very useful readers to him if they didn't understand what they were reading, and I think it less likely they could learn to read Latin and Greek without picking up any meaning at all. But maybe this is a view Eliot shared but was reluctant to state directly in the face of the prevailing opinion at the time.

[Dorothea] began to work at once, and her hand did not tremble; on the contrary, in writing out the quotations which had been given to her the day before, she felt that she was forming her letters beautifully, and it seemed to her that she saw the construction of the Latin she was copying, and which she was beginning to understand, more clearly than usual.

In the spirit of self sacrifice and devotion, Dorothea marries a reverend named Casaubon much older than her, a private man with a lifelong devotion to a book he's been researching and writing on mythology, his ego too sensitive to allow him to admit it's a book he's not really qualified to write. Eliot makes this clear as she does the disastrous nature of the marriage between the two which is, on both sides, founded on ideals that can never answer the true emotional needs of either one of them. Dorothea reminds me a lot of Margaret Fuller, the American feminist writer, who died twenty years before Middlemarch was published. Fuller also loved Milton, expressing her love in passionate terms not unlike Dorothea's ideal of devotion to a man. In a review of some of Milton's collected works, Fuller wrote; "We love hero-worship, where the hero is, indeed, worthy the honours of a demi-god. And, if Milton be not absolutely the greatest of human beings, it is hard to name one who combines so many features of God's own image, ideal grandeur, a life of spotless virtue, heroic endeavour and constancy, with such richness of gifts." Yet one of the works that seems to have most strong influenced Fuller's opinion on Milton is his pamphlets on divorce, which are extraordinary in part for how they emphasise the mutual well being of husband and wife rather than framing his argument on the devotion of the latter to the former. This would certainly have been a good lesson for Dorothea and Casaubon.

A story running parallel to that of Dorothea's is of a doctor named Lydgate who earns Dorothea's admiration for his ideals of improving medical care in Middlemarch with recent scientific advances as well as new ideas of medical practice. But Lydgate also finds his marriage an impediment as his wife, the shallow Rosamond, turns out not to be the expected pleasant, pretty, and subservient companion. Instead, Lydgate's marriage becomes the difficult process of acquainting an immature, spoiled woman with the realities of life--though Eliot never vilifies Rosamond any more than she vilifies Casaubon.

Lydgate's devotion to his ideals has also ill prepared him for financial necessity and the two fall into debt as much from his lack of concern over their spending as her compulsion to spend. So he finds himself in a position where he continually has to reassess his principles, distracting him from his idealistic endeavours.

Whereas, again and again, in his time of freedom, he had denounced the perversion of pathological doubt into moral doubt and had said—"the purest experiment in treatment may still be conscientious: my business is to take care of life, and to do the best I can think of for it. Science is properly more scrupulous than dogma. Dogma gives a charter to mistake, but the very breath of science is a contest with mistake, and must keep the conscience alive." Alas! the scientific conscience had got into the debasing company of money obligation and selfish respects.

The last portion of the novel deals with a scandal involving Lydgate and the town's wealthy banker, Bulstrode, and Bulstrode's attempts to conceal aspects of his past from the public. The novel's keen psychological nature is wonderful throughout but becomes especially haunting in the tangle of moral preoccupation on display as fiercely moral people find themselves forced to examine an increasingly ambiguous border between self-interest, self-sacrifice, vanity, and moral purity. As gossip threatens to destroy Lydgate, Eliot continually brings attention to how unproven crimes can bring incredible damage to the alleged criminal precisely because the crime can't be proved, thereby compelling people to continually examine the allegations. "They are just the suspicions that cling the most obstinately, because they lie in people's inclination and can never be disproved," Lydgate says at one point. Earlier, Eliot describes how the scandal first spread:

But this vague conviction of indeterminable guilt, which was enough to keep up much head-shaking and biting innuendo even among substantial professional seniors, had for the general mind all the superior power of mystery over fact. Everybody liked better to conjecture how the thing was, than simply to know it; for conjecture soon became more confident than knowledge, and had a more liberal allowance for the incompatible. Even the more definite scandal . . . was, for some minds, melted into the mass of mystery, as so much lively metal to be poured out in dialogue, and to take such fantastic shapes as heaven pleased.

Eliot's attention to psychological detail is evident throughout the book. More than this, the book is a delight to read, the characters just as often entertaining and fascinating as they are intellectually compelling.

Between the framing storms was silent coal.
A still restrains the clouds in frozen grey.
The blackened rock's in truth an empty bowl.
A swirling thought was slowing down to-day.
A soulless pop repeats in darkened stores.
Expensive lamps were cold between the walls.
A furtive wight has picked the frozen doors.
Alarms in echoed cry alert the halls.
In threaded beams the treasure path constricts.
The keys to cases lost are cold in dust.
A foot that's hot to slip egress restricts.
A spinning light reveals the heist is bust.
The ghostly cuffs provoke a stifled plea.
The parting shades reveal there's naught to see.