No Innocent Babes, Ellie and Myra 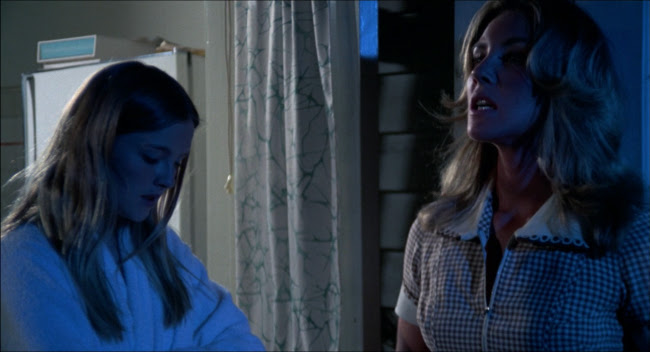 No-one among the ensemble in 1972's Bonnie's Kids is really innocent but sometimes some of them get worse than they deserve. A fascinating exploitation film, and obvious influence on Quentin Tarantino, it's a pulpy kaleidoscope of sex, crime, bad acting, and the underbelly of Los Angeles.

Two beautiful sisters, Ellie (Tiffany Bolling) and Myra (Robin Mattson), live with their impressively skeevy stepfather (Leo Gordon). We meet him with his poker buddies who all seem to be the same kind of skeevy, beefy middle-aged men. Myra, the younger of the two girls, is an endlessly fascinating little psychopath. But she's also a kid--arguably like one of those kids who burns ants with magnifying glasses whose worse nature is exacerbated by circumstances. She aggressively flirts with her stepfather's poker buddies and he doesn't take kindly to it--not, as we soon learn, entirely out of a sense of paternal affection. 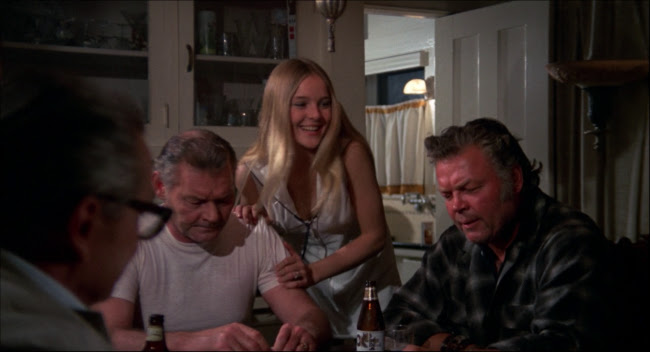 When Ellie discovers the old man trying to rape Myra, she blasts him with a shotgun and the two girls run off to L.A. This is only the first few minutes of the film. It sets a pattern of splashy, dovetailing situations, each with its own set of moral ambiguities. 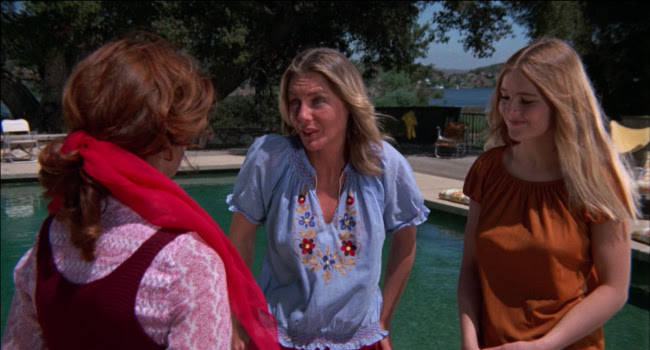 The girls go to stay with their wealthy uncle Ben Siemen (Scott Brady)--pronounced like semen--who has a lucrative business in pornography. His wife, Diana (Lenore Stevens), is a good hearted, repressed lesbian who might be the only spotless character in the film so she's not around long. The callousness with which she's treated by some of the other characters helps to confirm their sadism. 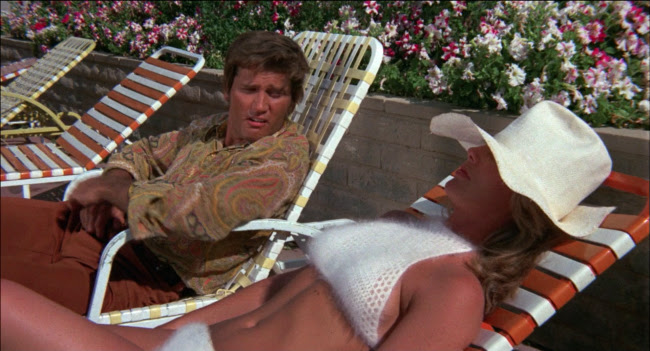 Ellie falls in with a dirty detective named Larry (Steve Sandor) and the two embark on a scheme to rob some L.A. mobsters. The possible prototypes of Jules and Vincent from Pulp Fiction are on their tail for much of the film, a pair of hitmen played by former football player Timothy Brown and Alex Rocco--Moe Greene from The Godfather and easily the best actor in Bonnie's Kids. 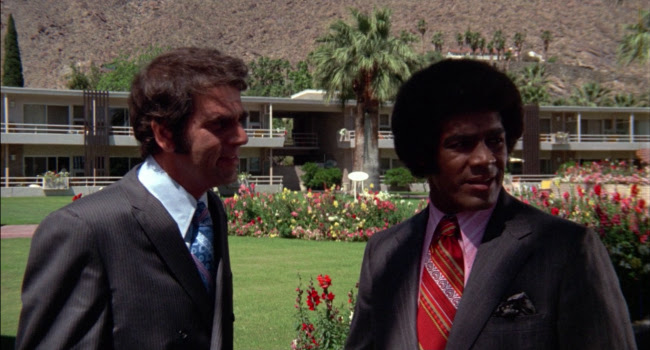 The film continually defies any attempt to see a good guy or a bad guy but you can't help pulling for one character or another depending on the circumstance. There's certainly a noir quality in the existential problem presented by the film; how guilty are these characters, really, and how much are they creatures born of circumstance? Larry directly references Double Indemnity in conversation but I was reminded more of The Big Sleep when it comes to Ellie and Myra. Much like the sisters Carmen and Vivian, one of them is young and cruel and the other is cagey and worldly. Of course, Ellie and Myra aren't as fortunate as the Sternwood girls, which might account for them being ten times as mercenary.

The film has terrific style. Even the bad actors look smashing in a distinctively carnal way. 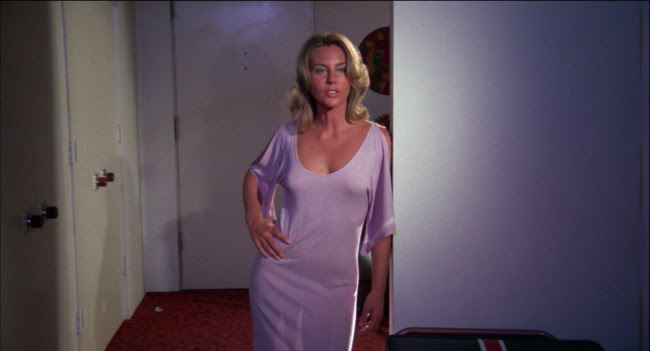 Bonnie's Kids is available for free to Amazon Prime subscribers in a surprisingly well restored HD print. I understand it was for decades quite a difficult film to find.