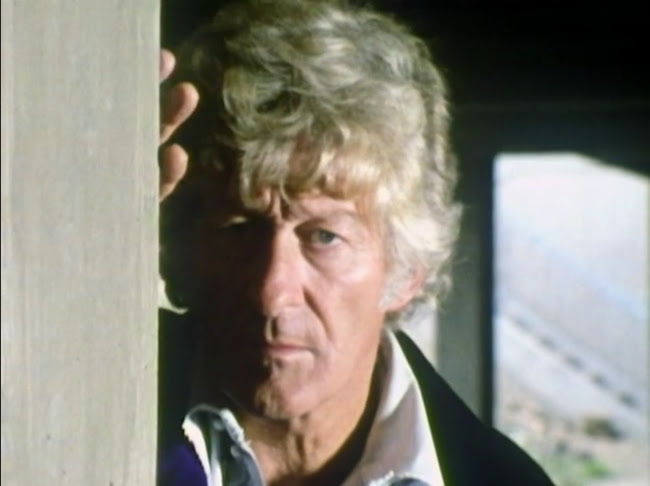 Watching Doctor Who on BritBox has been full of surprises for me lately. This time I watched the 1972 Third Doctor serial Day of the Daleks and discovered it was the special DVD version from 2011. Not only were the special effects radically altered but all the voices of the Daleks were changed to feature a performance from Nicholas Briggs, the man who's voiced the Daleks since the revived era began in 2005 and who's voiced them for the audio plays even longer than that (for some reason he was credited as "Nick Briggs" for the recent New Years special). For the most part, I like the special edition updates. I was on the fence at first regarding the replacement of the Dalek voices but I went back and listened to my old copy and have to admit replacing them was a good call.

According to the TARDIS Wiki:

The voices of the Daleks were redubbed by the revival-era voice actor of most Daleks, Nicholas Briggs. Having refined his portrayal of the Daleks to a degree of high confidence with his performance, his renditions of their voices are much smoother and harsher than the somewhat tentative delivery of the original voice artists, Oliver Gilbert and Peter Messaline. As this was the first serial in several years to feature the Daleks, both were new to the role of providing Dalek voices: neither of them had previously worked on the series, and they had difficulty cementing their portrayals. Producr Barry Letts decided not to use them in this role again, and for the remainder of the Pertwee era Michael Wisher and Roy Skelton became the main voice artists portraying the Daleks. 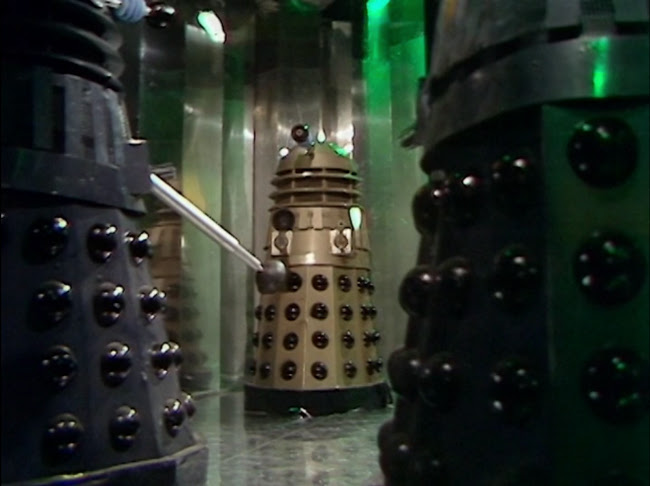 The original voices are a clipped monotone, the performers evidently failing to understand Daleks need to sound urgently peeved at all times. Briggs has that down to a science.

I can give or take most of the new effects, particularly the establishing shots of future Earth, but the new laser effects were sorely needed. 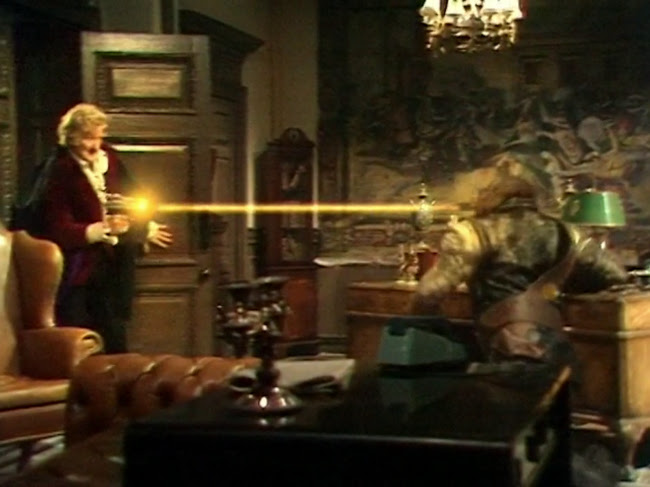 Originally the actors just pointed the guns and there was a sound effect. It's almost like the show was filmed in the understanding that there would be a special edition one day to complete it. I don't even mind the extra shot the Doctor (Jon Pertwee) takes at an Ogron in the special edition. 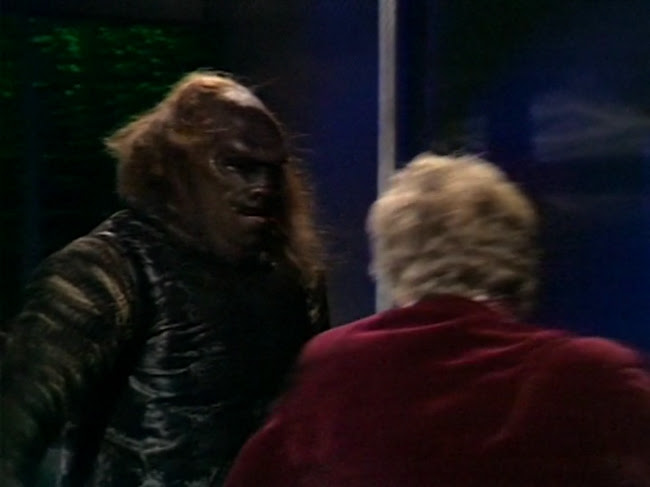 I never understood why the Ogrons, a brutal alien warrior race in service of the Daleks, never appeared again after the Third Doctor era. Of course they've been in audio plays and other expanded media but never again on the show. They're pretty effectively menacing and their makeup and costumes don't seem to be as restrictive as that of the Sontarans or the Cybermen. I always suspected Peter Jackson modelled the Uruk Hai in his Lord of the Rings movies after the Ogron. 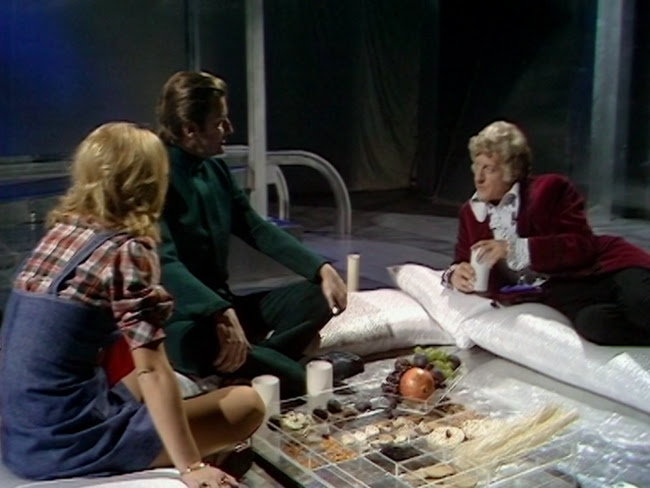 The Third Doctor earns his reputation as a dandy in this serial. He spends a lot of time lounging and drinking and commenting on wine. The first part of the serial has him sampling wine from a diplomat's cellar while waiting for a ghost in a Georgian manor. In later parts of the serial, he's captured in the future by the Controller (Aubrey Woods) who eventually permits the Doctor and Jo (Katy Manning) to lounge about and drink wine. It's oddly comforting to watch Pertwee relaxing. 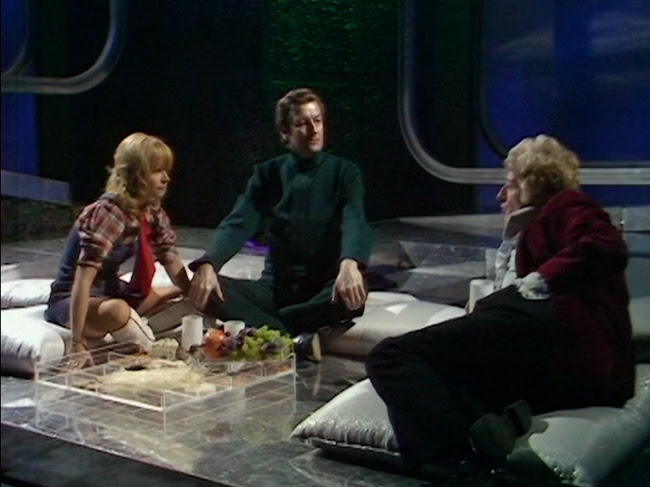 The Controller is one of the more interesting one off characters from the Third Doctor era. Woods plays him almost exactly like the Master with a broad, sadistic fervour. But after he wins Jo's confidence we learn that he may not have been entirely dishonest with her as he explains to the Doctor that he only serves the Daleks because he sees no hope in any alternative. Ironically, he ends up being more helpful than the guerillas who are directly fighting the Daleks, who turn out to be accidentally their own worst enemies thanks to a time loop. I wonder if Louis Marks meant to make the somewhat unusual point that subtle political manoeuvring can sometimes be more effective than direct attack.

Posted by Setsuled at 6:42 PM
Email ThisBlogThis!Share to TwitterShare to FacebookShare to Pinterest
Labels: day of the daleks, doctor who, jon pertwee, television