The Big Cats are Also Watching 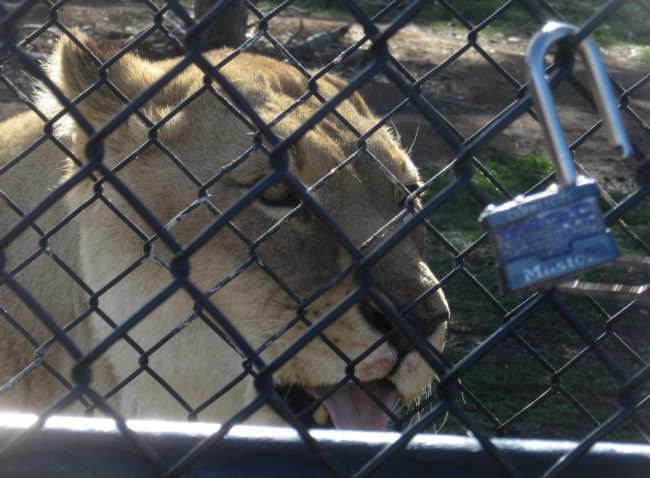 The fence is good because it has meat on it. This lioness is one of several lions, tigers, and bears I saw yesterday at Lions, Tigers, and Bears, an exotic rescue animal sanctuary located near my sister's house in Alpine, California. She and I visited the beautiful sanctuary yesterday. 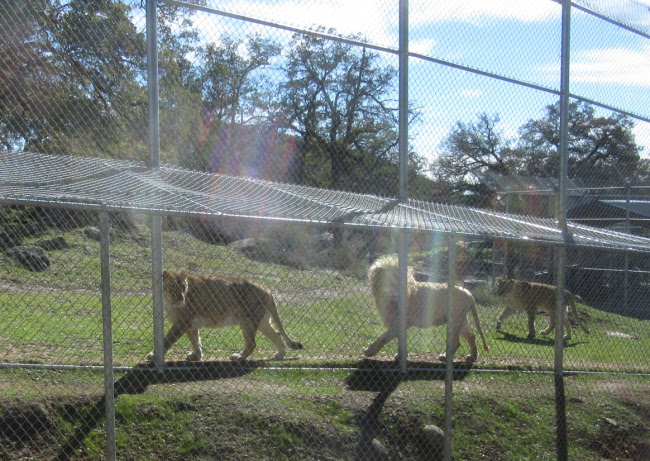 We immediately saw three white lions, two females and one male named Lou, when we drove up. Lou rolled around on his back for us. 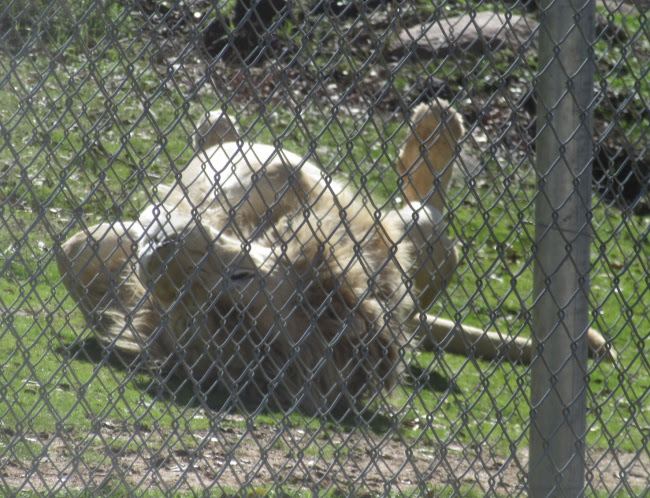 The enclosures for most of the animals were spacious and beautiful. Our guide, Michelle, took us around with a few other visitors as she fed the animals, a time of day when an appreciable amount of personality comes out in the creatures. Michelle also told us a bit about the abusive former owners of some of the animals, which ranged from deliberately cruel treatment to simple neglect. It was amazing to hear how often some asshole buys a bear or tiger cub without considering the expense and difficulty of caring for an adult. 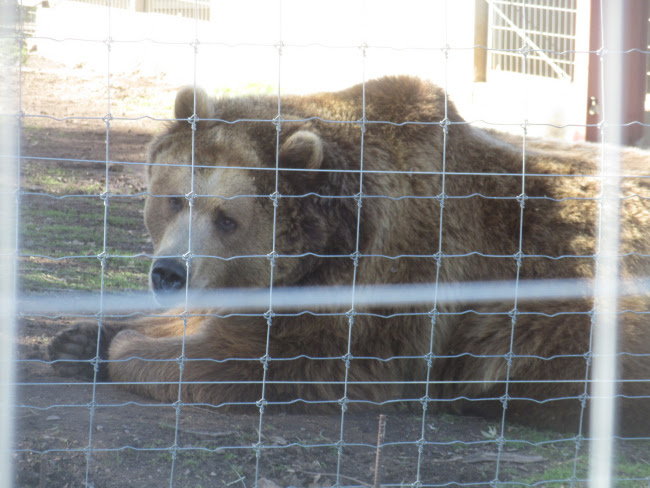 This bear was unable to walk when he was brought to the sanctuary due to a lifetime of malnutrition. He can walk now after rehabilitation but he can't run or stand. 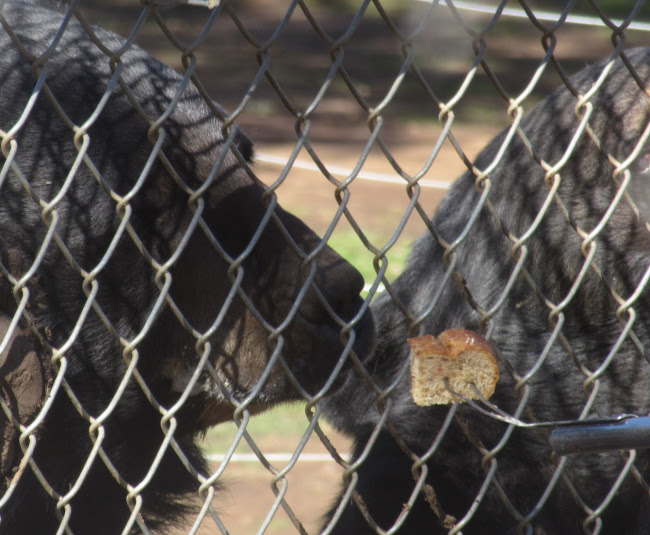 We watched all the bears being fed with peanut butter and jelly sandwiches, which they seemed very happy to receive. All of the big cats got meat. 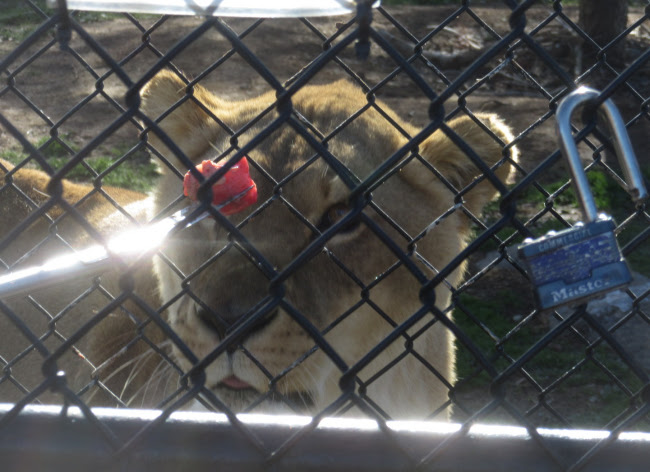 So did the little bobcats. 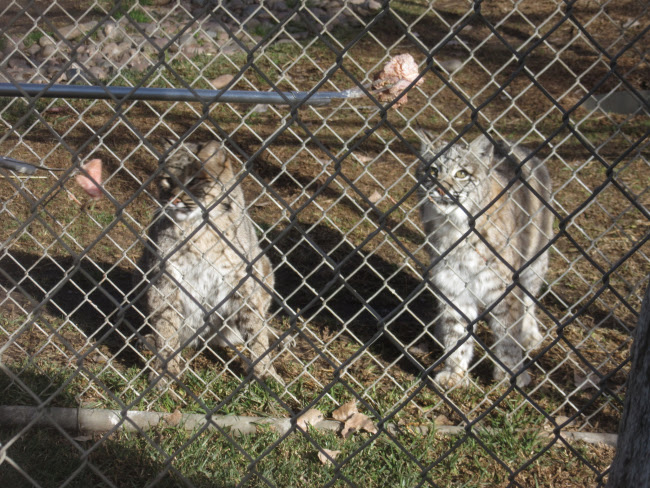 We also saw pumas, leopards, and tigers. This was the healthiest looking tiger we saw, Maverick, named after Tom Cruise's character in Top Gun: 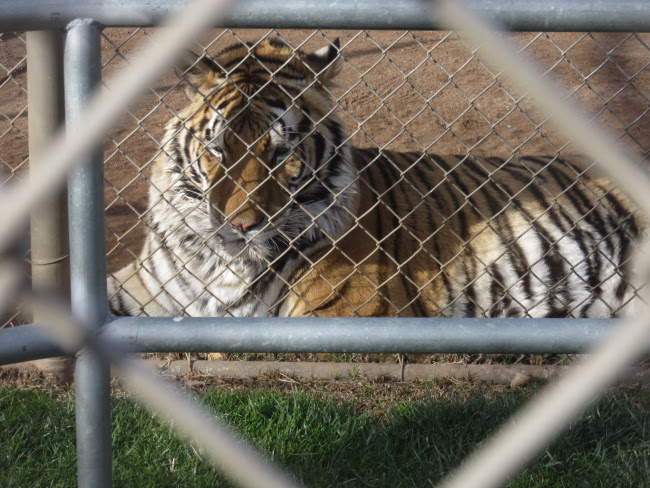 But my favourites were definitely the lions. Watching them being fed, seeing them growl and bare their teeth so close, was extraordinary. I took some video--the big male lion, Hank, was mesmerising:

The sanctuary spends a lot of money caring for and rescuing these animals and can use all the help they can get. You can donate at their web site here. 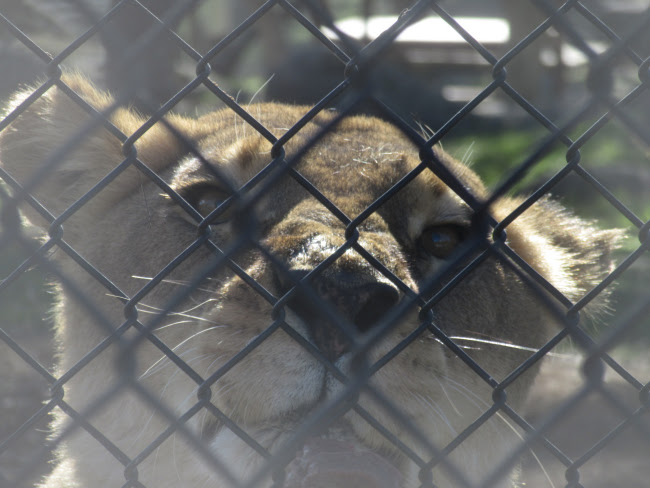