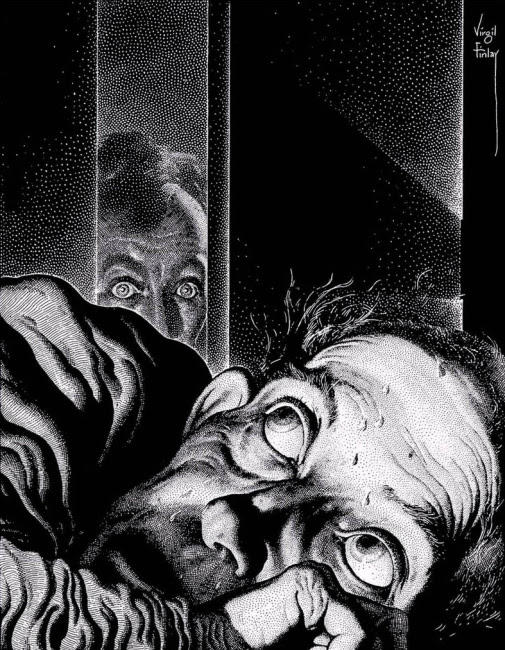 There was a really nice new story by Caitlin R. Kiernan in this month's new Sirenia Digest; "The Lady and the Tiger Redux". Its title suggests its relationship to the 1882 story by Frank R. Stockton and a quote at the end also invokes the They Might Be Giants song referencing the story (also called "The Lady and the Tiger"). Caitlin's story lacks any surface elements to tie it to the Stockton story, involving instead a common subject for Caitlin; a pair of lovers who have encountered something strange and the psychological repercussions.

Told from the perspective of one of the lovers, a strange finding in the woods is either dreamed of or remembered. Wonderfully strange imagery and phenomena are described, including a sandy ground that has been exposed to so much heat parts of it have been turned to glass. The point of view character is frustrated in her inability to remember the subject of an argument between her and her lover. This and the mystery of the strange discovery, which turns out to be intimately related to the lover, have something in their ambiguity that suggests the mental exercise of the Stockton story. The They Might Be Giants song takes aspects of the story's premise, turning the lady and tiger into characters and exploring their needs and desires, that imply something about the fundamental nature of Stockton's story, the qualities of instinct and need that build to the original tale's question for the reader about the human heart. A question, of course, intended to force the reader to form an opinion that reveals something about themselves.

Caitlin's story also seems to dwell on the primal building blocks of the Stockton tale, bringing the thematic preoccupation to the intimate psychological space between two people. It's a lovely and haunting story.

Posted by Setsuled at 2:40 PM
Email ThisBlogThis!Share to TwitterShare to FacebookShare to Pinterest
Labels: caitlin, caitlin r kiernan, frank r stockton, sirenia digest, the lady and the tiger, they might be giants