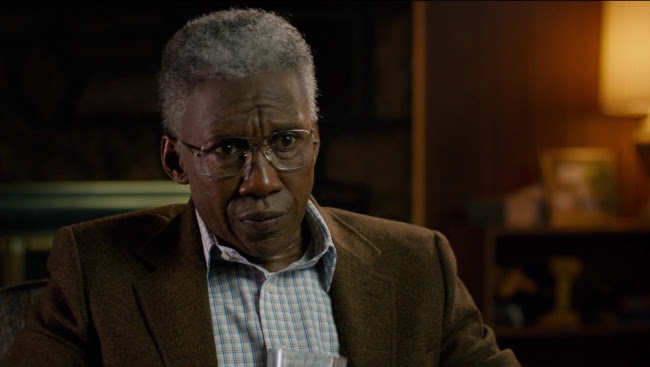 Last night brought one of the best episodes of this new season of True Detective. Directed by series creator Nic Pizzolatto, only the second episode of the entire series which he's directed (the first being last week's), "If You Have Ghosts" was also solely written by Pizzolatto. Some clues move the mystery along a little bit, the nature of Wayne and Amelia's relationship is explored further and, in the nicest scene, Wayne has a confrontation with Roland that derives some real power from the show's non-linear structure. 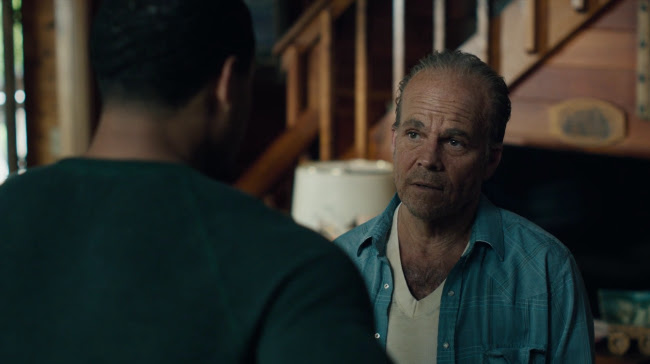 The ageing makeup on Roland (Stephen Dorff) isn't nearly as good as the makeup on Wayne (Mahershala Ali) but the scene worked really nicely, anyway. Apparently the two haven't seen each other in a long time because of some terrible, unresolved argument--only it turns out Wayne, because of his worsening memory problems, can't remember it. This revelation understandably has an impact on Roland--just imagine, something so big it redefined the nature of your relationship with someone, then learning that whole story is just gone from the mind of that someone. It must be like learning someone died. 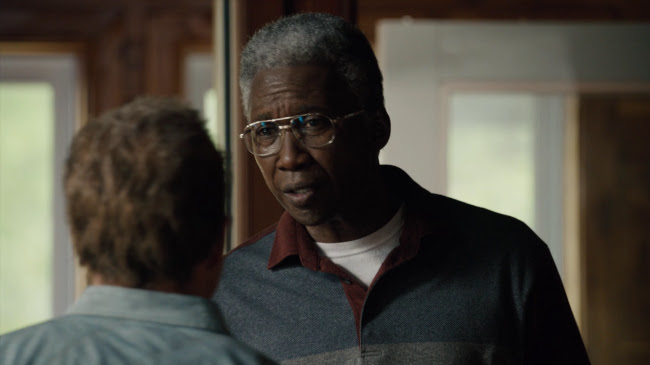 It also puts us more in Wayne's perspective, too. It functions like watching Memento the first time--since we also have no memory of that argument, our knowledge of the relationship between Wayne and Roland is about the same as Wayne's. 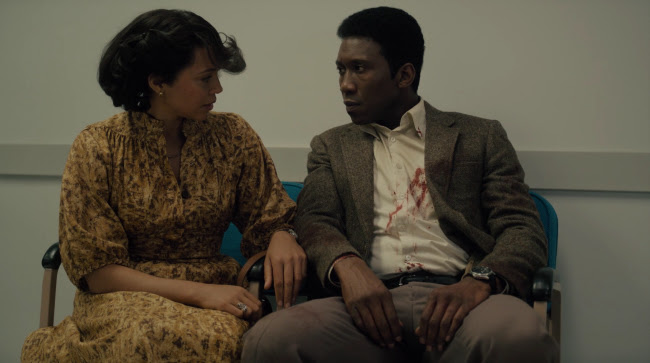 Amelia (Carmen Ejogo) gets closer to Wayne after taking her home with him following the nice action sequence at the beginning of the episode. I like her hairstyle that's also like a hat. I tease but in fact I do really like it. 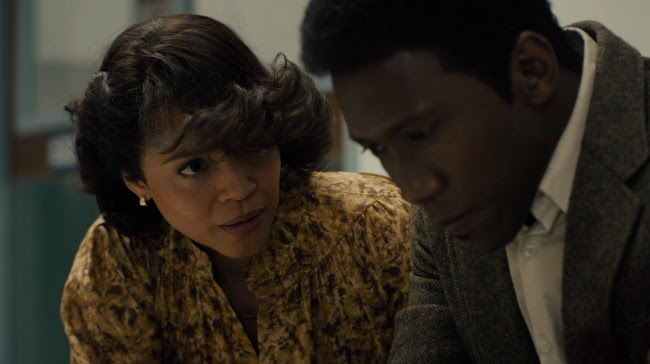 In the 90s, we get a little more insight into the friction between them, Wayne's apparently more conservative values making him reluctant to involve his wife in his work. Or at least that's how it seems to Amelia. I suppose we may yet learn there's another reason for his reticence.

The longer fish could see a fin beyond.
In tiny rings the watches ticked a day.
In steady drips the drinks en masse abscond.
The empty air would never wish to pay.
Reflections lost in mirrors find a pool.
In greener depths the pressure crushed a root.
A timid ram retreats beneath his wool.
The forest teems with verdant hidden loot.
A pack of bouncing suns disturb the line.
Approaching trees portend a tattered web.
The sharpened walls defend a growing pine.
The noisy tide at last begins to ebb.
Predicted noise deluged the coffee shop.
Unlikely rain surcharged the flying mop.