Everything Happens to Moclans 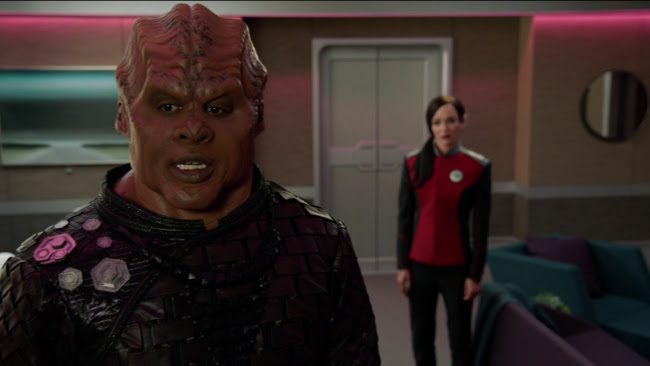 The Orville's back with another sex issue episode about Moclans who may well be the Issue Species. Written by Star Trek: Enterprise and Family Guy writer David Goodman, "Deflectors" offered some bigotry rearrangement to give us perspective again on how hatred can be just as odious and destructive when it's heterosexual relationships that are out of the ordinary. It works well enough but mainly I enjoyed this episode for Jessica Szohr whose role in the story confirmed for me she's a more than worthy replacement for Halston Sage. This isn't like Dr. Pulaski replacing Dr. Crusher, it's more like Mila Kunis replacing Lacey Chabert as the voice of Meg Griffin. 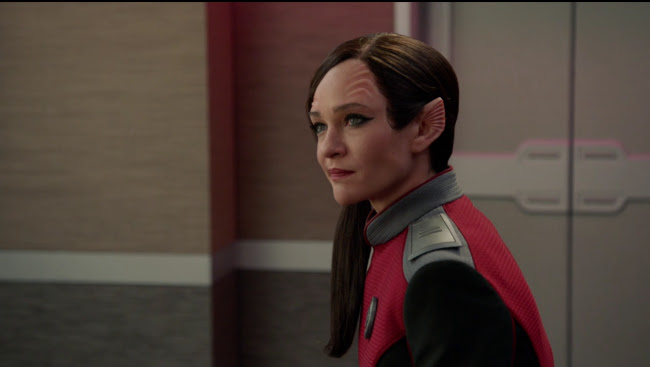 Talla (Szohr) develops in the very organic way of being at the centre of an episode that's not about her. Instead, we learn about her through how she reacts to things, most of the development being therefore in Szohr's performance. I liked the moment when she decides to go out with Locar (Kevin Daniels), taking a confident step towards him in the conference room. 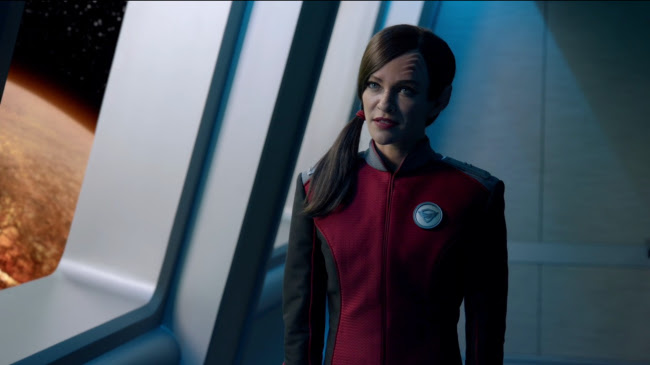 There's been little in dialogue so far to distinguish her from Alara (aside from the off-hand mention of her family having a history of military service) but her demeanour speaks volumes about her maturity. 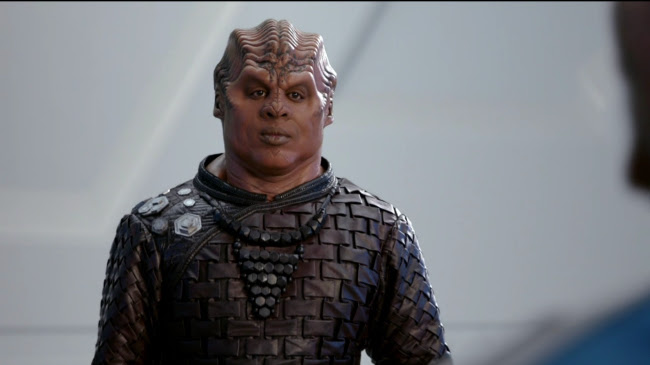 Kevin Daniels as Locar is also really good, all the Moclan actors finding that tricky balance between comically stilted and truly three dimensional. Peter Macon continues to be a bottle of barely repressed emotion. He has a moment where he explodes a little when confronted by Talla. She says he ought to be more open minded because of what happened to his kid. It's easy to see why this hit a nerve--that's something that's probably on his mind every waking minute. 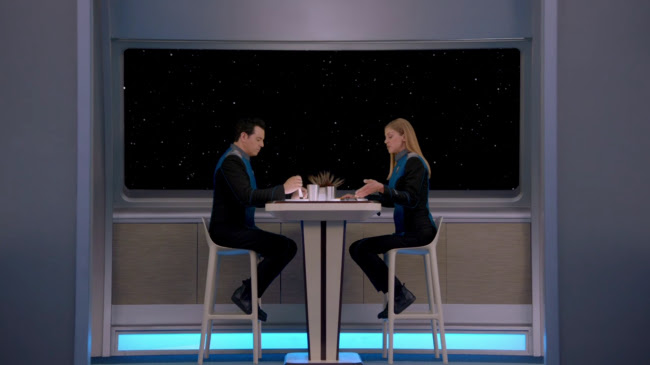 The subplot about Kelly (Adrianne Palicki) breaking up with her boyfriend was okay, I liked it mainly because it was a rare glimpse into Kelly's personal motives. We really need more of those.

I loved the backlot ambiance to the Simulator's version of the 1940s. 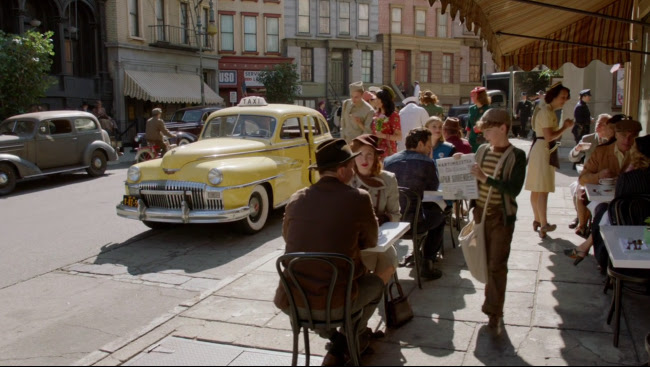