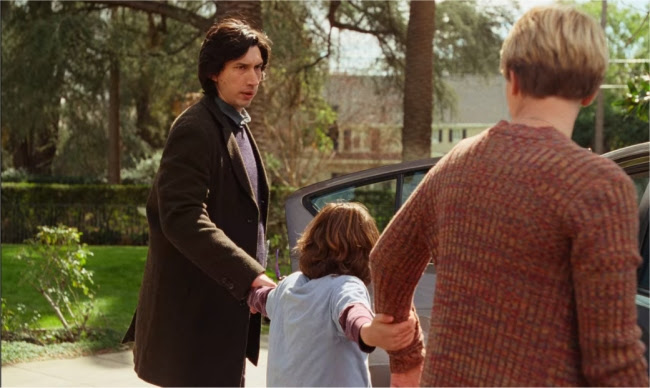 When two shallow, self-absorbed people decide to get divorced they find a landscape of crooked lawyers in L.A. These lawyers prove adept at driving a further wedge between them in 2019's Marriage Story. Strong performances from Adam Driver and Scarlett Johansson come with a few good laughs but with too many broad moments for the subtle issues writer/director Noel Baumbach sets out to tackle. It's like if a Woody Allen or Ingmar Bermgan movie were remade by George Costanza.

The movie begins with two montages with voiceover narratives. First with Charlie (Driver) narrating a montage about his wife, Natalie (Johansson), then with one by her about him. Both have nothing but lovely things to say about each other, each for some reason praising the other for adopting opposite gender roles or behaviour. Natalie talks about how Charlie loves caring for their son and always cries at movies and Charlie talks about how Natalie opens pickle jars for him because she's much stronger. Which is pretty hard to buy after seeing Driver shirtless in Last Jedi and even harder to buy after he punches a hole in a wall in this movie. 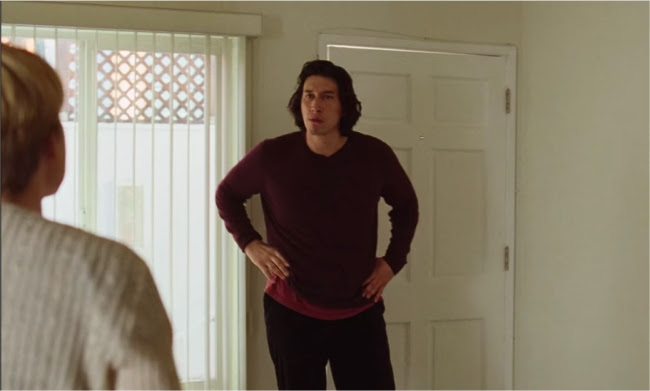 It turns out these are essays the two have written about each other as part of marriage counselling but they end up not sharing with each other because Natalie isn't feeling up to it. Is the gender roles thing meant to be cause for their breakup? We actually don't get much detail on what drove them apart initially but the two start to distrust each other more and more once lawyers start manipulating them. 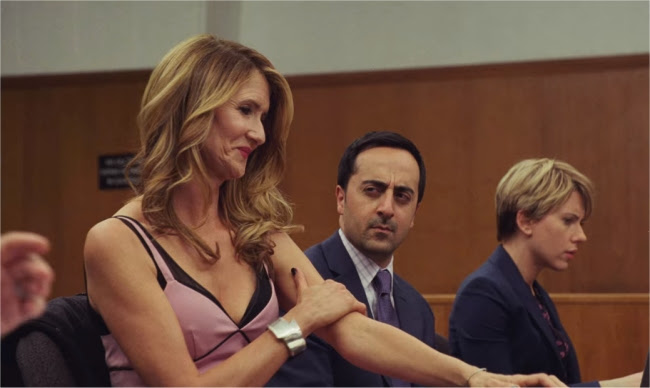 Baumbach casts some powerhouse supporting players in the lawyer roles--Natalie gets a shark played by Laura Dern and Charlie first hires Alan Alda and then Ray Liotta. Alda's pretty good as a mild mannered old hand but Dern and Liotta are so cartoonishly aggressive it seems bizarre that Charlie or Natalie listen to them. But then, Charlie is a theatre director whose cold and hipstery production of Elektra we get a glimpse of. Maybe I can believe he's that big of a sap. 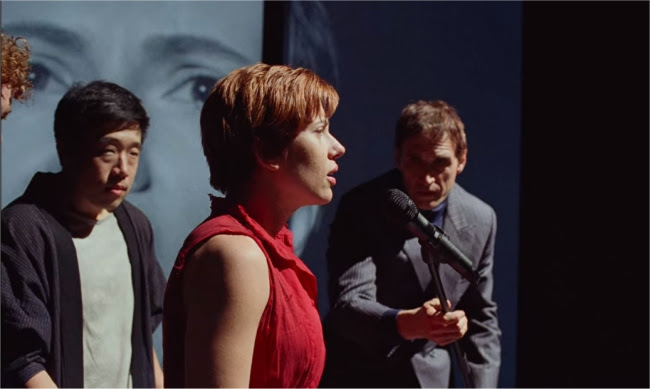 Driver and Johansson give their all in some dialogue that goes from tense to heated and the energy between the actors is captivating but I struggle to remember anything they actually said. It's telling that the climax of the film is Driver in an effective piece of slapstick, Baumbach apparently wise enough to realise the screenplay didn't provide enough satisfying material. Johansson wears a cool David Bowie Halloween costume in another scene so there are lots of nice little things but I'm not sure it makes the whole movie worth watching. Your mileage may vary.

Marriage Story is available on Netflix.