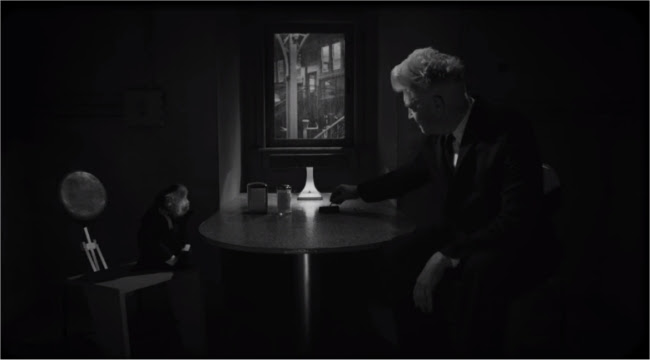 Interrogating a monkey is something even the most hardened detective rarely anticipates. But it is the task before David Lynch in 2017's What Did Jack Do?, a short film written by, starring, and directed by David Lynch. Released just a couple days ago on Netflix, it's a strange little gem that moves almost imperceptibly between broad comedy and weird mystery. 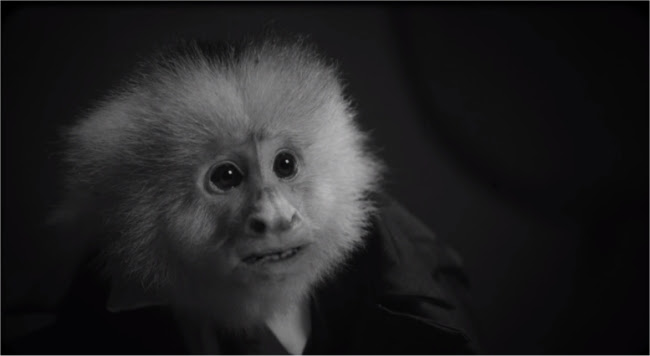 Capuchin monkeys sure are expressive and Lynch has used them before, most notably in Twin Peaks: Fire Walk with Me. This is the first time he's given one a starring role, though, and his own voice and presumably his mouth allows the animal to reluctantly divulge information about his violent affair with a chicken. 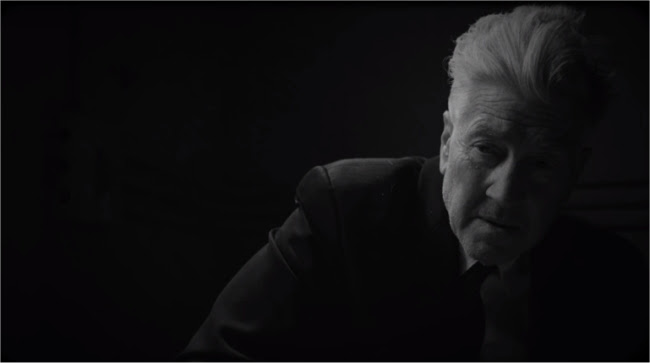 It's funny, of course, but it becomes strangely entrancing, too, as Lynch finds interesting ways of matching dialogue to the tiny quirks of the monkey's brow. Incredibly, this film returns to one of Lynch's most persistent preoccupations: the torment of an individual who's done violence to his or her loved one. Explored in more serious terms in Eraserhead, Blue Velvet, Twin Peaks, Lost Highway, and Mulholland Drive, Lynch takes this most grim topic and reduces it to the ridiculous. Yet it somehow retains some of the intrinsic sorrow of the circumstance.

Only one other human is featured in the film, Lynch's wife, Emily Stofle, playing a waitress. But Lynch and the monkey are an engaging enough duo on screen.

Posted by Setsuled at 3:16 PM
Email ThisBlogThis!Share to TwitterShare to FacebookShare to Pinterest
Labels: capuchin, david lynch, monkey, movies, murder, mystery, what did jack do