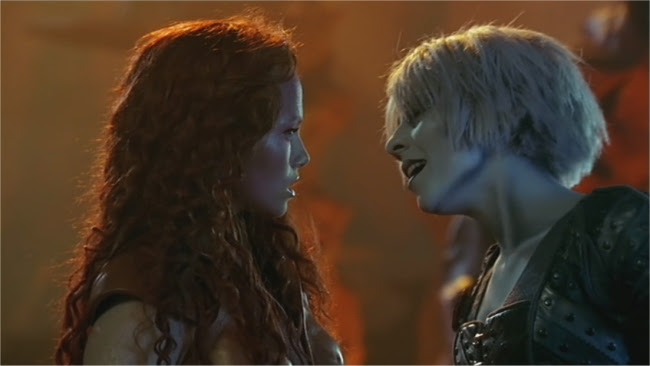 Sometimes you find a heist, sometimes a heist finds you. The heroes of Farscape stumble onto a stockpile of hot merchandise on a lava planet of all places, giving us one of the more magnificent episode titles. 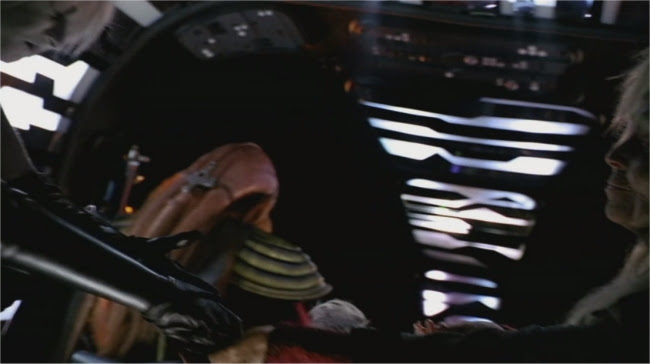 Stuck on D'Argo's (Anthony Simcoe) little ship, Lo'la, everyone's hungry and impatient. Everyone but Sikozu (Raelee Hill) is persuaded to eat something Noranti (Melissa Jaffer) vomits up necessitating a quick trip to a nearby lava planet so everyone can puke. 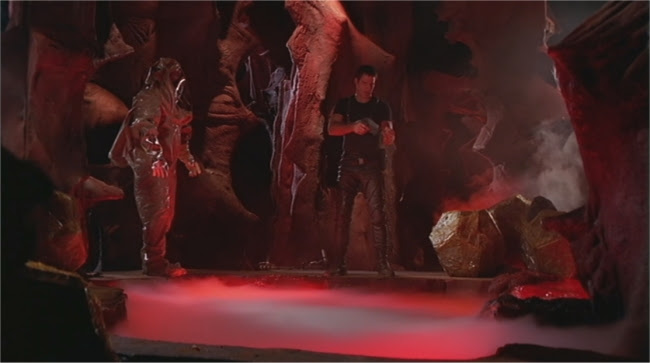 According to the Wiki, this episode was a particular challenge for the set designers. They don't really pull off realistic lava but I kind of like the groovy Star Trek: TOS quality of the lumpy pink goo. 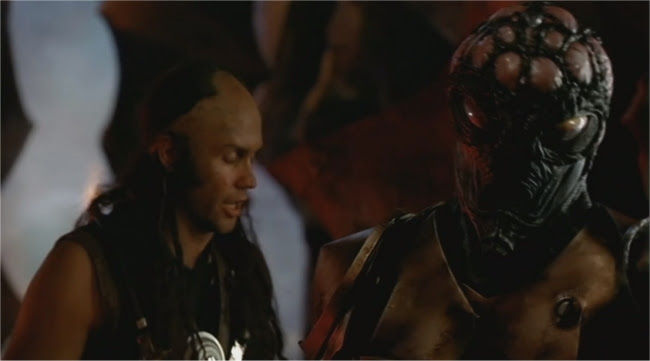 More impressive is the prosthetics for the villain, Raa'Keel (John Adam), head of a gang of thieves. It looks like his brain is trying to get out. 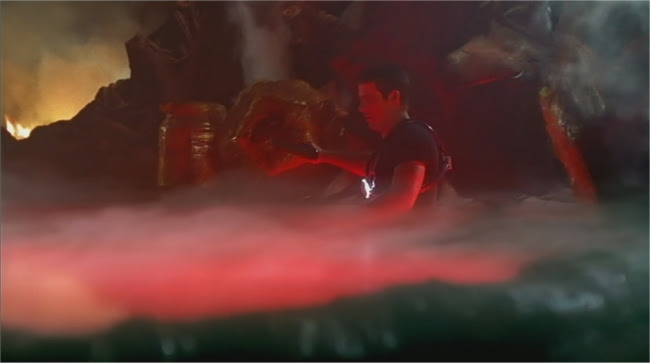 The gang wear personal shield systems that power down when not being shot at. This ends up creating an opportunity for Crichton (Ben Browder) to show ingenuity by shooting at himself to activate the shields so he can swim in lava. 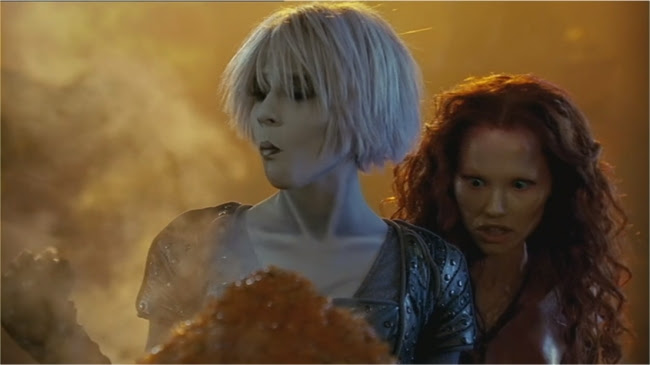 Sikozu and Chiana (Gigi Edgley) get stuck outside and have to learn to operate the craft keyed to D'Argo's genetic code. Chiana's idea to use D'Argo's conveniently located vomit adds some extra flavour to the amusing bickering between the two. 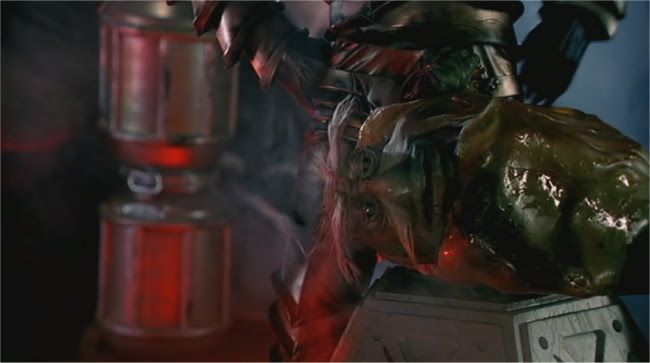 Meanwhile, it's back to routine humiliation for Rygel (Jonathan Hardy) who spends the episode encased in amber, trying desperately not to soil himself. What splendour indeed.