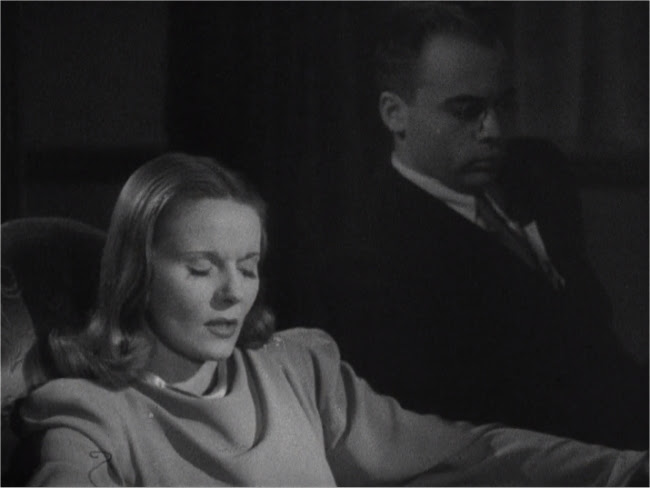 A beautiful young woman stops speaking and attempts suicide and a team of handsome men try to put her back together again in 1945's The Seventh Veil. The sexualisation of a woman's psyche isn't even really subtext--the title refers to a statement by Herbert Lom's psychiatrist character who compares his therapeutic hypnosis, stripping away a patient's layers of psychological insulation, to Salome dancing the Seven Veils. The last veil, he suggests, is the one human beings almost never, ever allow to be removed. From this prologue, the viewer is compelled to watch the film with rapt attention so the sexual discourse becomes intriguing and nuanced. 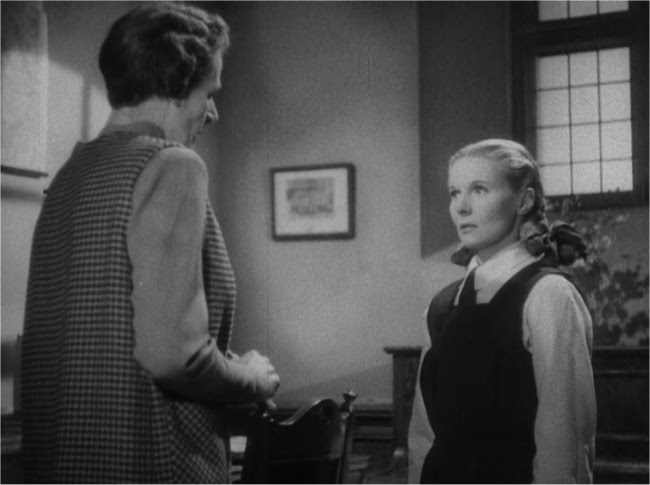 Ann Todd plays Francesca Cunningham in every scene in the film, from age 14 to to 26. She's a talented actress but, at 28, convincingly portraying 14 is a lot to ask. Still, her first meeting with her new guardian, following the death of her parents, is plenty provoking. 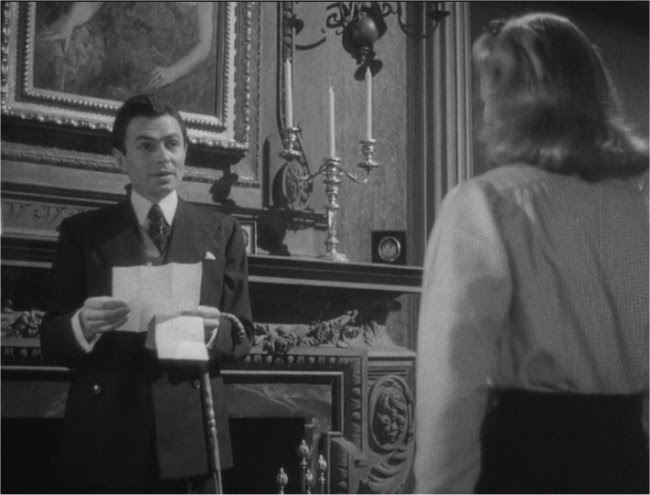 James Mason stars as her "uncle" Nicholas--in fact her second cousin. He has a cat in his lap when she meets him--she tells him she's afraid of cats but he invites her to "stroke it." You don't need to be Freud to read into that. 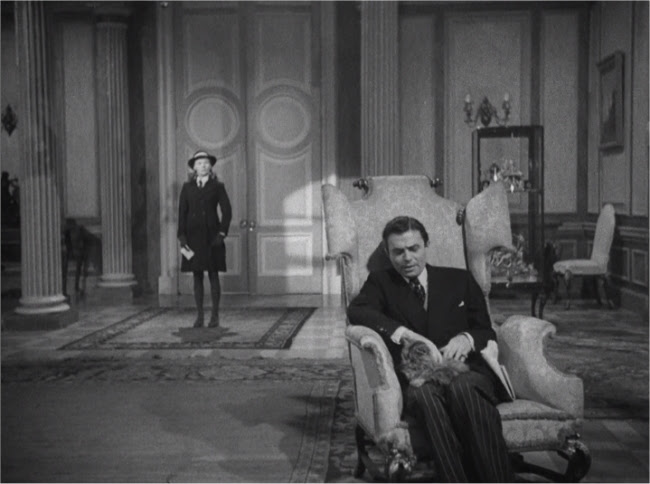 But despite the obsessively grooming relationship Nicholas develops with Francesca as he teaches discipline to go along with her natural talent at the piano, mainly things remain chaste. Her first love is another musician, the rather uninspiring American Peter (Hugh McDermott). In fact, it's conspicuous how much better looking Nicholas is than any of the other men in the film with the possible exception of Herbert Lom. Lom and Mason attempting to penetrate her veil, as it were, takes the form of finding the root of her anxiety about her hands which inhibits her ability to play piano. This puts one in mind of Marnie but The Seventh Veil was more of a piece with two great movies from the 1940s about men moulding women as musical performers, Citizen Kane and The Red Shoes. The Seventh Veil never reaches such heights and is a comparatively traditional melodrama with roots in Jane Eyre and Pamela. Still, the tension between sexual chemistry and a master/pupil relationship is exciting and it's hard to say no to James Mason with a cat.

The Seventh Veil is available on The Criterion Channel.