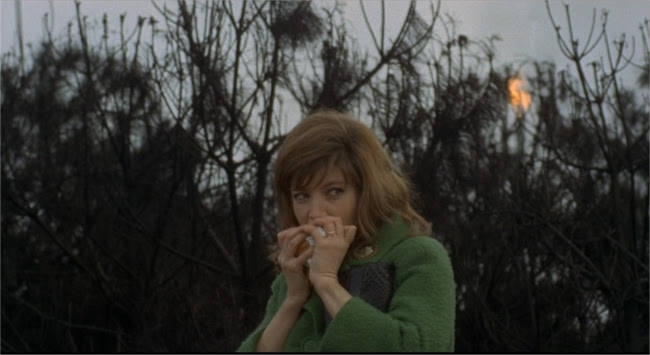 After surviving a car accident, a neurotic young woman finds her anxieties exacerbated in a harsh industrial landscape. 1964's Red Desert (Il deserto rosso) is a movie with a surprisingly gorgeous aesthetic given the fact that its about a woman going mad in an environment that seems to stymie her every attempt to form an emotional connexion. 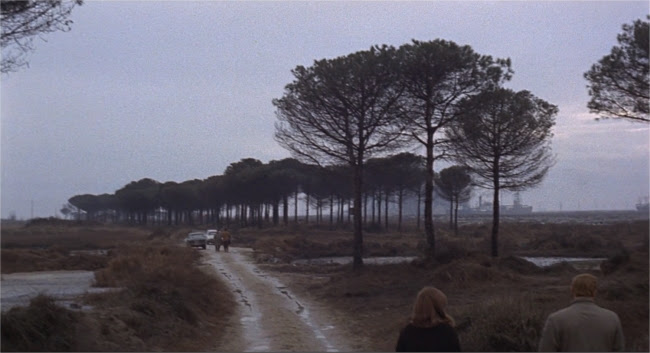 The director, Michelangelo Antonioni, said in an interview about the film that he is not an opponent of industrial progress and claimed he even sometimes found factories and smokestacks more visually interesting than a forest of similar pine trees. Certainly he didn't hesitate to spoil a natural environment and many of the film's stunning visuals were attained by spray painting trees, soil, and grass. 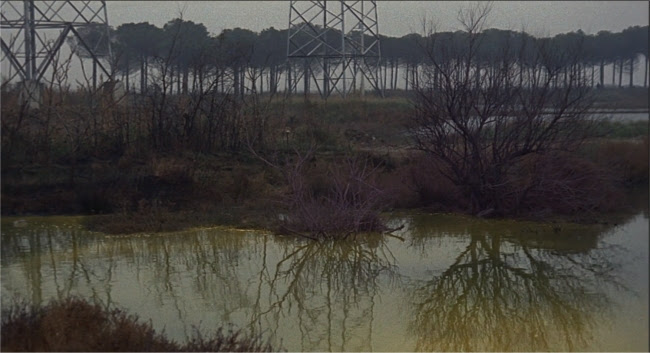 Monica Vitti plays Giuliana, a young woman forced to live in this place because of her husband's job. In the film's first scene, she bizarrely begs a man to sell her his half eaten sandwich. It's the first sign of dysfunction in her attempts to connect with people. Her every impulse seems only to go halfway--she wants to open a shop and her husband's money has already bought a location--but she has no clear idea what to sell. She finds herself attracted to her husband's colleague, Corrado (Richard Harris), but doesn't seem to quite know how to have an affair. 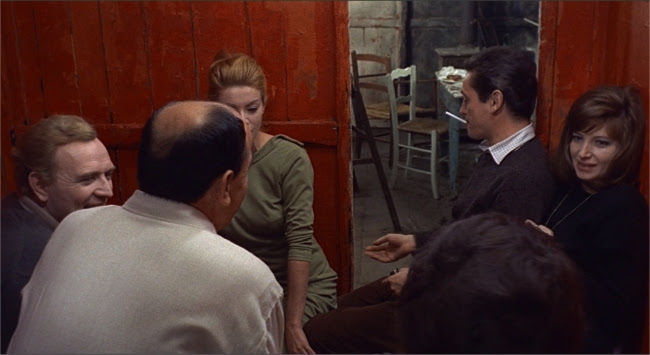 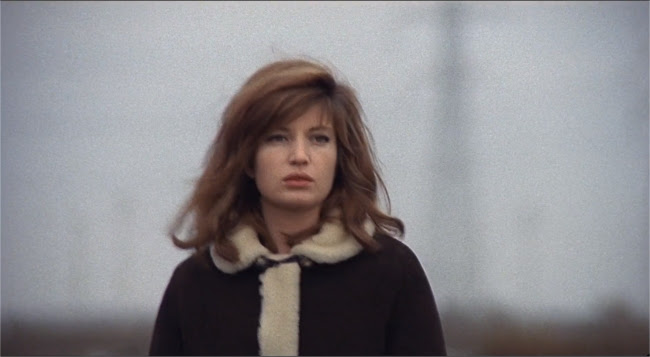 Watching the film conveys a strange combination of dread and serenity. It's available on The Criterion Channel.

Recovered lists reveal the broken vowel.
A consonant in pieces glued the word.
Applying language thick by rusty trowel.
A dozen early worms could choke the bird.
The eyes extended up and down could melt.
A banner shook the heart of clay and sod.
A hollow text was still so clearly felt.
And now it seems the dice are always odd.
A coat of green could not protect the tum.
The ruling pop a soda couldn't mute.
Between the cola bubbles slides the rum.
A tangled web ingests the empty boot.
A pepper ghost appeared as twins at play.
A fragile snack began the shortened day.