The Lands of Sand and Cats 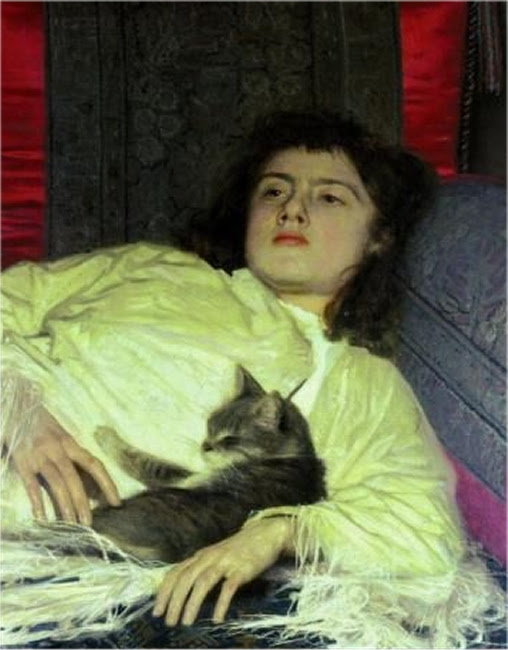 The first Sirenia Digest of the new year is one of the best I've ever read. Caitlin R. Kiernan's new story included in the Digest, "Seven Dreams", is another vehicle for dialogues but the unnamed narrator's communication with different dream characters in different dream scenarios takes on an extraordinary sense of personae eternally bound together and in conflict in ways both subtle and clear.

The story is also set in H.P. Lovecraft's Dreamlands and the narrator shifts between a dialogue with a woman named Sarah in Ulthar and a dialogue with a mysterious girl with whom the narrator's trudging through a sandstorm. Both Sarah and the girl talk about the other in ways that suggest the other is a dream while also insisting on the importance of dreams. Each one, in a sense, delegitimises the other while also focusing on her in a way that suggests extreme importance. There are other shifts in shape and persona once the narrator and the girl reach Dylath-leen that bring the story to other fascinating, lovely heights. I felt the tale crystallises some preoccupations evident in earlier Sirenia Digests. A really nice piece of work.