I met several spiders throughout the day.
All work and treks to-day were slowly done.
When the bat's away the zombies will play.
I think some people seem bored of fun.

I walked to lunch yesterday, which was only the beginning of the Day of Many Spiders. First, there's this beauty, who was in the same place as the last one I posted video of; 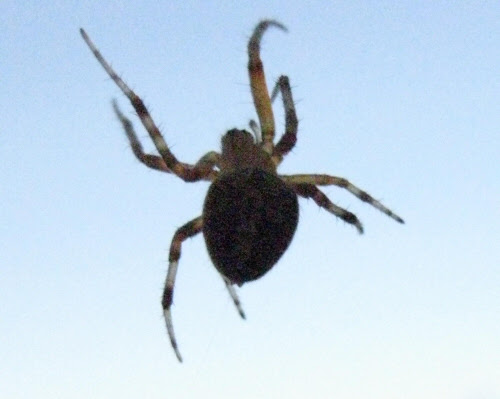 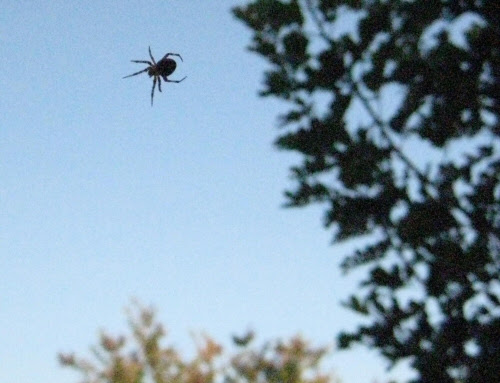 I was lucky to get those shots, as the wind just happened to sway her on her web into focus when I clicked the shutter. I found out I could sort of manually adjust the focus by holding down the shutter button, which asks a lot of my rather unsteady hands. What's with this craze about buttons with multiple functions? I'm using a Canon PowerShot SD770 IS, in case you're wondering. It is a "digital elph", whatever that means. It conjures to mind an elf in a bright blue track suit trying to sell me ecstasy.

I also figured out how to adjust the focus with the video function, so I'm a lot happier with this video than I was with yesterday's;

The music's by Shiro Sagisu from the His and Her Circumstances soundtrack.

Snow the cat saw what I was doing and demanded I shoot video of him, too. Snow is represented by public domain jazz from 1940, in this case The Ella Fitzgerald Orchestra with "I Want to Be a Rug Cutter". Snow shows us how;

After I stopped the camera, I reached my hand up to pet Snow, only to have my arm blunder into this guy's web; 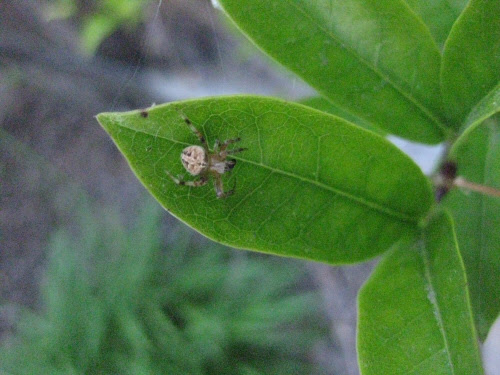 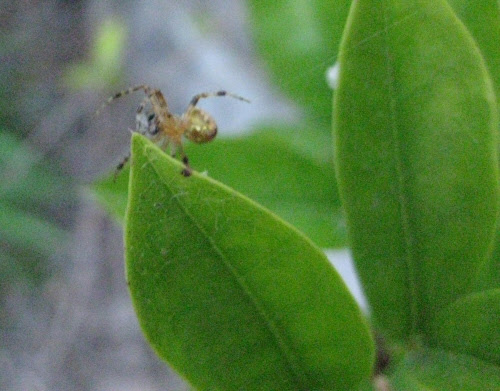 And as I was transferring images and video from camera to computer, I saw this little guy on my wall; 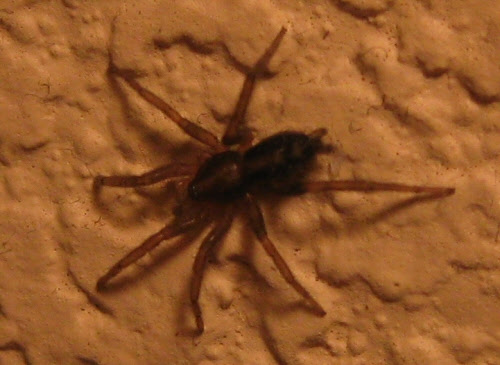 Incredibly, though, there was more to yesterday than spiders. For example, there was this caterpillar I saw on the way to lunch; 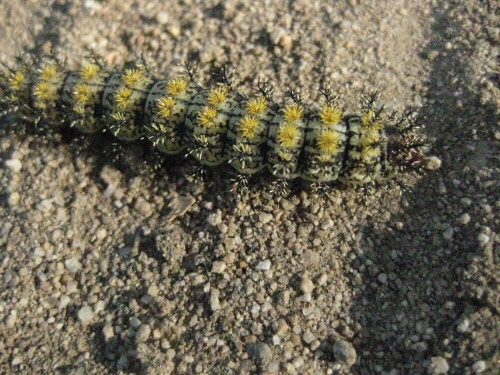 For some reason a bunch of caterpillars were trying to cross the path yesterday. This guy was one of the few to survive the journey, judging from the large quantity of squashed caterpillars I also saw.

I walked to a Mexican restaurant, had an enormous veggie burrito, and walked back before getting to work on my comic. I managed to have time for World of Warcraft at the end of the day--my undead warrior reached level 20 a couple nights ago and now I'm letting her learn how to use axes. I have a lot of nice equipment from Tim running me through high level areas--it's nice to have a friend with level 80 characters. The best was when a level 40 Alliance character challenged my level 16 to a duel. He must have been confused when my character refused the duel but continued to stand there, staring at him. He challenged me a couple more times, then finally decided to give up and walk away, but too late to escape Tim's level 80 blood elf paladin who rode in on some demonic skeletal half goat, half horse looking thing. The poor fool tried running but there was no hope. That was fun.
Posted by Setsuled at 5:29 PM
Email ThisBlogThis!Share to TwitterShare to FacebookShare to Pinterest