The Bugs We Can Be 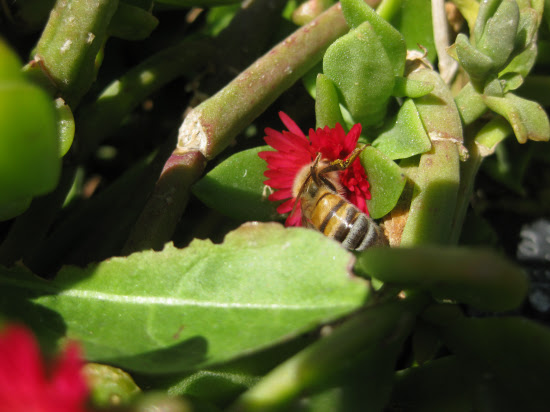 I took a bunch of pictures of bees to-day at University Town Centre mall. 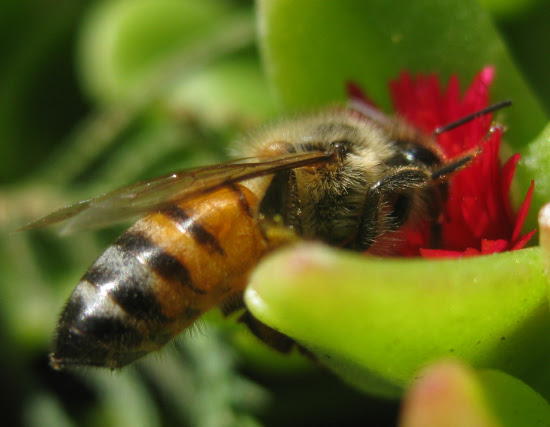 They were going at the flowers next to a bridge I've always liked. It connects the mall to another shopping centre across the busy street and is covered with vines. 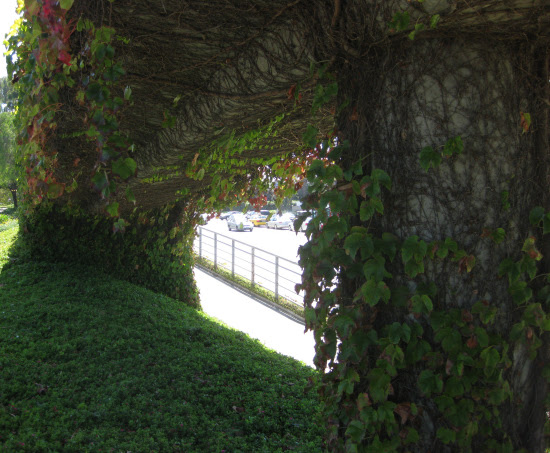 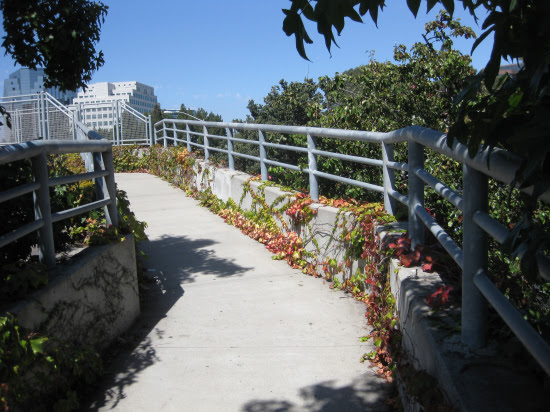 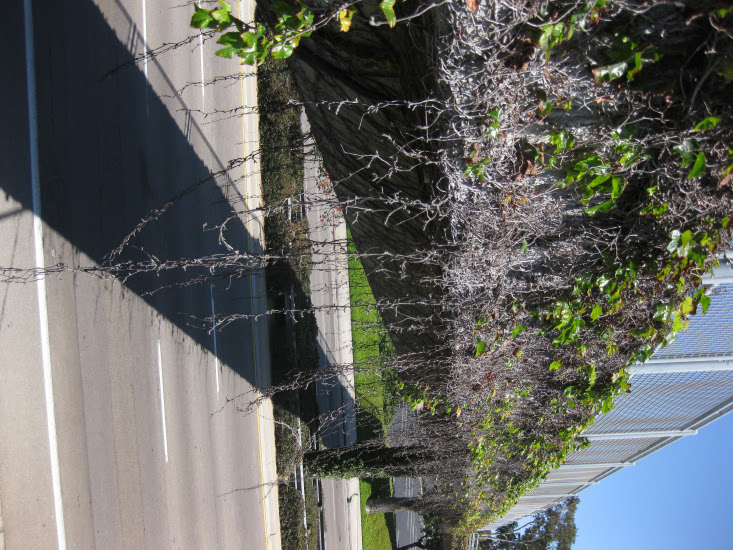 I was walking across the bridge to get to the book store, where I bought a copy of Salman Rushdie's The Satanic Verses. Before reading to-day about a woman threatened with stoning by Tehran for proliferating The Satanic Verses in the UK, I was already wanting to peruse the book because apparently it references "The Mutants", the Doctor Who serial I'd just finished watching. 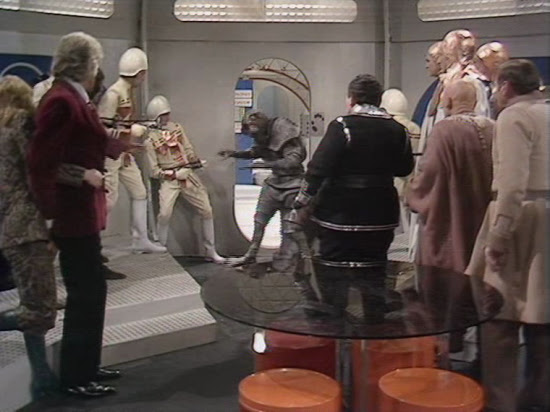 This serial is mentioned in Salman Rushdie's controversial novel The Satanic Verses, where it is criticised for alleged racist attitudes. Writers Bob Baker and Dave Martin, as well as producer Barry Letts, actually intended for the story to have an anti-racist message.

Following Wikipedia's source link, I ended up on this BBC Doctor Who page which says, in its trivia section;

Author Salman Rushdie refers to The Mutants in his controversial book The Satanic Verses and implies that the programme's characterisation of mutations as evil just because they look different from human beings encourages racist attitudes. He thereby completely misses the point of the story, which in fact has an anti-racist message.

Considering The Satanic Verses is a fiction novel, I found it difficult to imagine how a direct opinion about the Doctor Who serial could be expressed in the narrative without coming across merely as a character's opinion. And sure enough, I found the quote from The Satanic Verses in this guy's Doctor Who blog, who seems to have a rather similar attitude to myself regarding the issue of whether or not "The Mutants" is racist.

It seemed to him, as he idled across the channels, that the box was full of freaks: there were mutants - 'Mutts' - on Dr Who, bizarre creatures who appeared to have been crossbred with different types of industrial machinery: forage harvesters, grabbers, donkeys, jackhammers, saws, and whose cruel priest-chieftains were called Mutilasians; children's television appeared to be exclusively populated by humanoid robots and creatures with metamorphic bodies, while the adult programmes offered a continual parade of the misshapen human by-products of the newest notions in modern medicine, and its accomplices, modern disease and war.

I was reminded of my complaints about the Argonians, the lizard people, in Oblivion, who, apart from being scaly and having lizard faces, are treated really no differently from the humans in Oblivion societies--they have exactly the same scope of personalities and culture. I know why Bethesda can't let lizard people be lizard people--a weird, misguided sense of political correctness that insists that any alien or faerie creature must be a metaphor for a human ethnic group and any suggestion that monsters and aliens have fundamentally different brains from humans is racist.

The quote from The Satanic Verses doesn't seem to me to be calling "The Mutants" racist, and I didn't find "The Mutants" to be particularly racist or anti-racist, unless the idea is to suggest black people are one day going to change into omnipotent, rainbow coloured glowing beings. 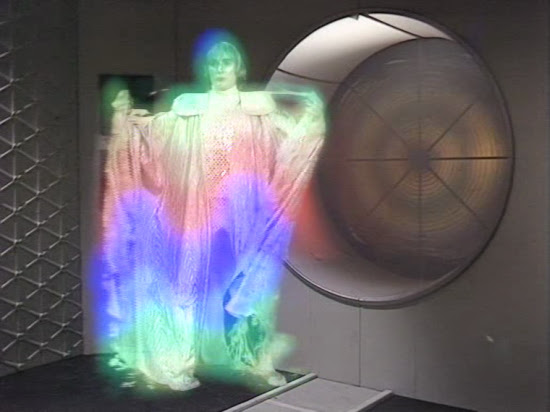 The serial isn't one of the better Doctor Who serials I've seen, but I loved the idea of a sentient race that goes through a life cycle beginning with a larval state that looks human, a pupae state that looks like a giant bug, and a final state that's something else all together. Though that final state ended up being a bit cheesy--I'd rather like to see the serial remade by David Cronenberg, graphically showing bug parts appearing on the people and ending up with them as terrifically powerful, naked, screeching, radioactive motherfuckers.
Posted by Setsuled at 5:46 PM
Email ThisBlogThis!Share to TwitterShare to FacebookShare to Pinterest