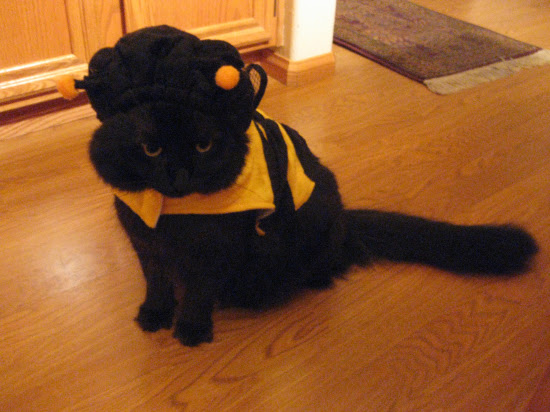 This unusual looking bee refused to tell me where my sister's cat, Saffy, was yesterday. She also would not entertain questions as to the existence or location of a stockpile of honey. 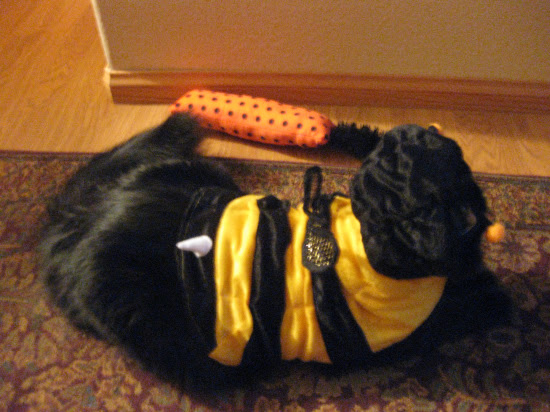 Yesterday I finished watching "The Curse of Peladon" Doctor Who serial, which I quite enjoyed. I got excited when I saw the familiar Martian saddlebag asses of the "Ice Warriors". 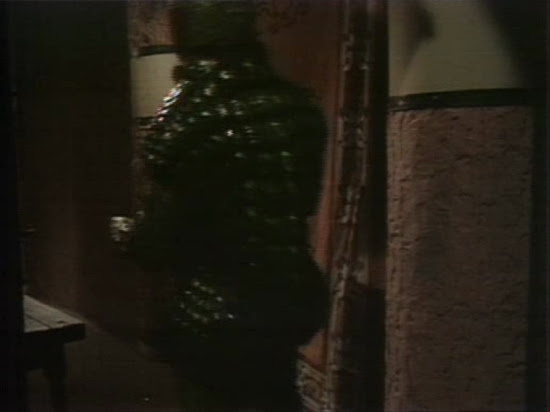 Though it seems kind of weird the Doctor continues to call them Ice Warriors--even when speaking directly to them--though the only reason he calls them that is that he first encountered them frozen in a glacier on Earth.

When I got back from the mall to-day, I saw this trio of ducks wandering into the neighbourhood; 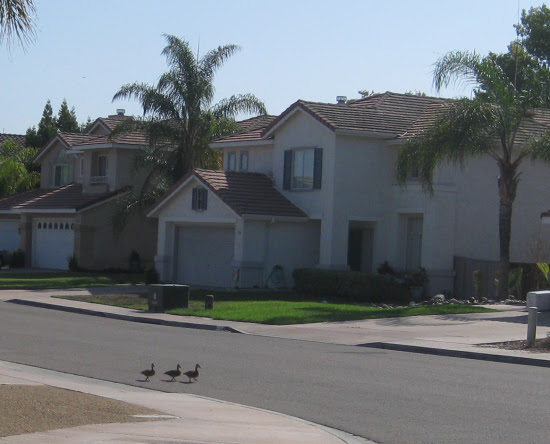 It just so happened that the only thing I'd bought at the mall, aside from lunch and coffee, was hamburger buns. It's as though they knew. 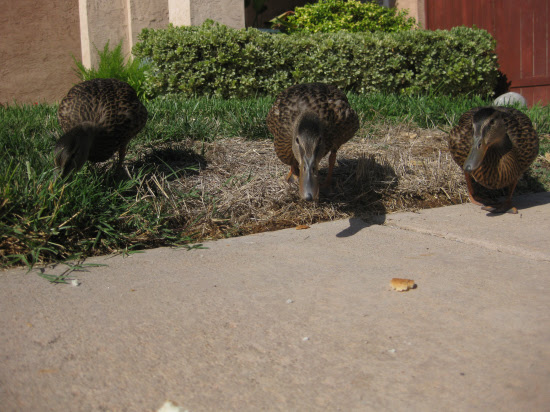 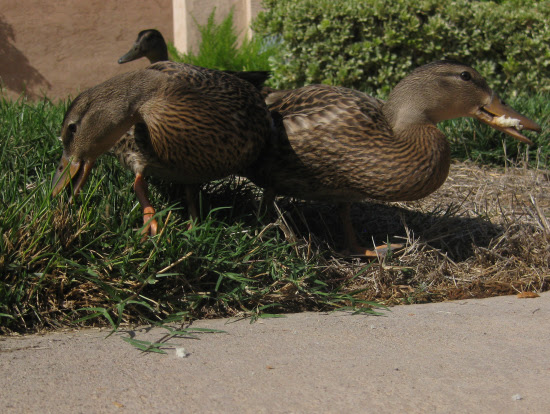 Actually I suspect they're here to avoid a bunch of assholes at the river for Labour Day. 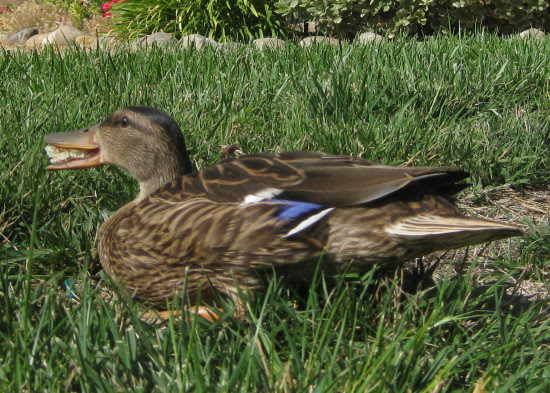 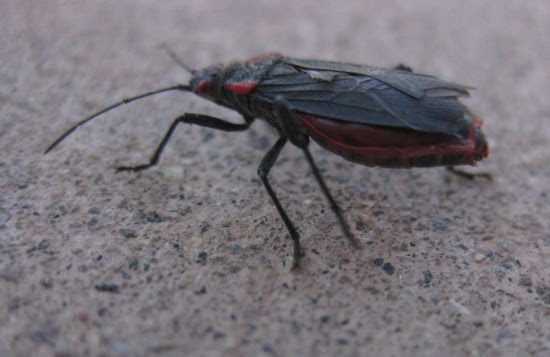 Posted by Setsuled at 4:34 PM
Email ThisBlogThis!Share to TwitterShare to FacebookShare to Pinterest