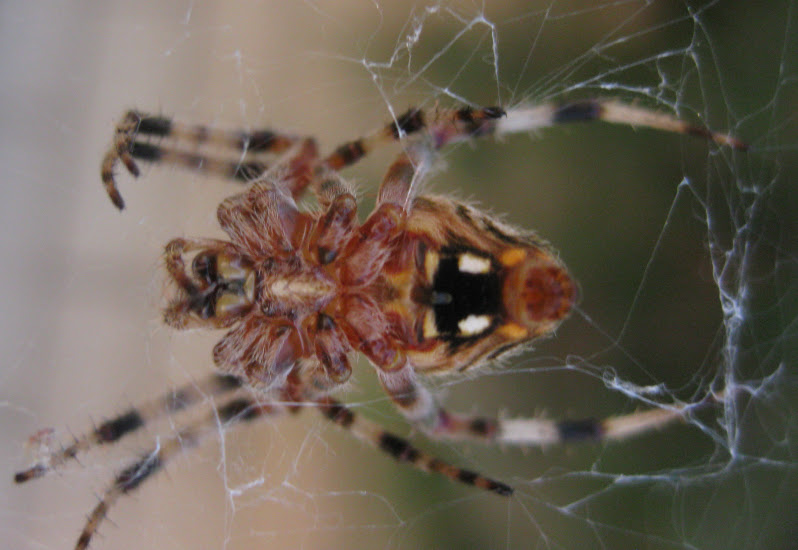 That's one of the big orange spiders at around 1pm to-day. I normally never see them out during the day, and I thought for sure they were out of season by now anyway. I thought this might be dead, so I blew on it lightly and saw it draw in its front legs. 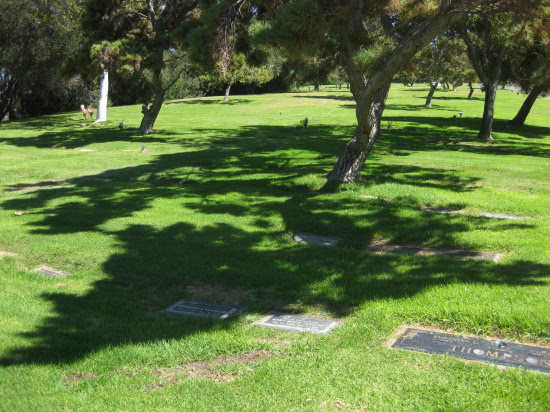 I went to my aunt Essie's funeral to-day. She was actually my grandmother's aunt which makes her, what, my great great aunt? I think I only spoke to her a couple times in my whole life, though I loved playing in her backyard when I was a kid--she and her husband generally held at their house the big holiday family gatherings. Apparently Essie moving to San Diego to join her brother is what led to my whole extended family moving out here from Tennessee. She was 92 years old.

The amount of people in the room was about twice what it was prepared for, so a lot of people were standing. The chaplain spoke about her and about death like he was reading a book report--lots of trivial facts thrown into a sort of shallow, car salesman spiel, but I guess a lot of other people were satisfied. I think most people would just rather funerals not be heavy affairs.

Of course, there was nothing for a vegetarian to eat, so I wandered the grounds taking pictures. 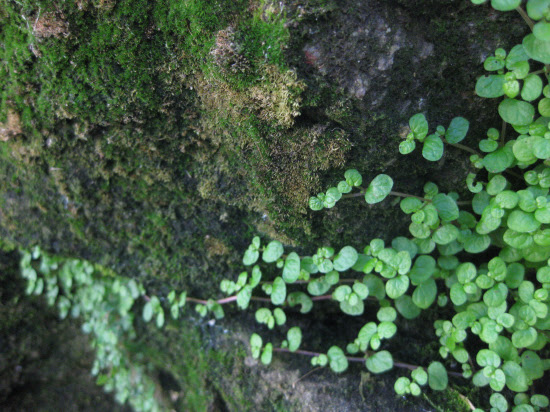 There was a lot of moss. 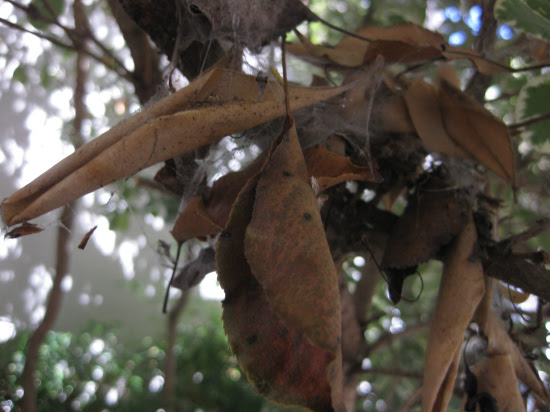 One of the trees had a lot of these pockets of leaves made of branches and webs. 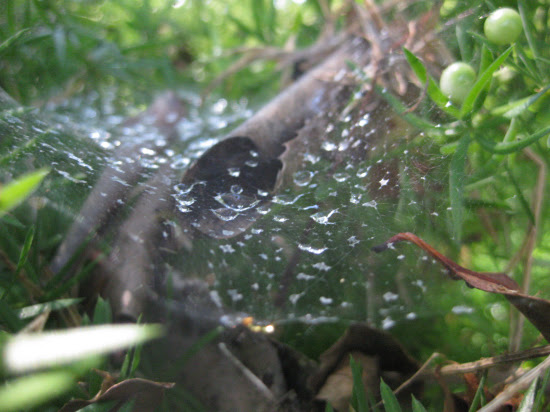 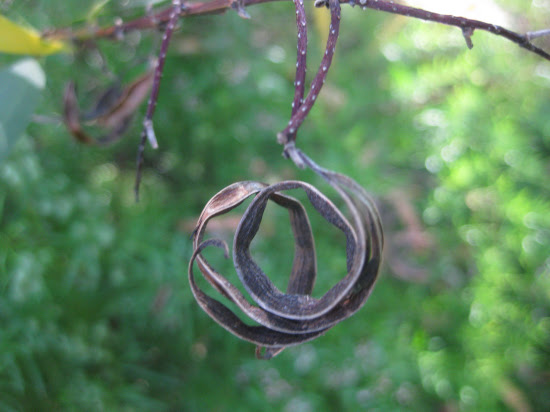 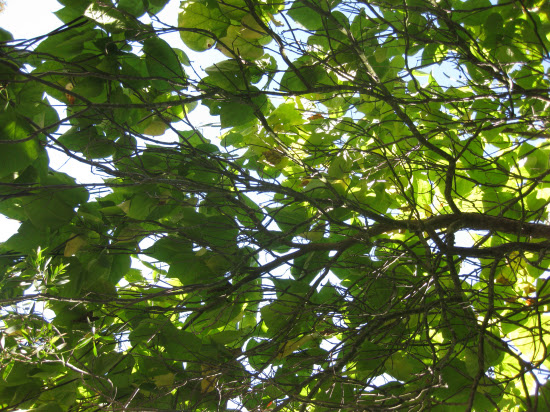 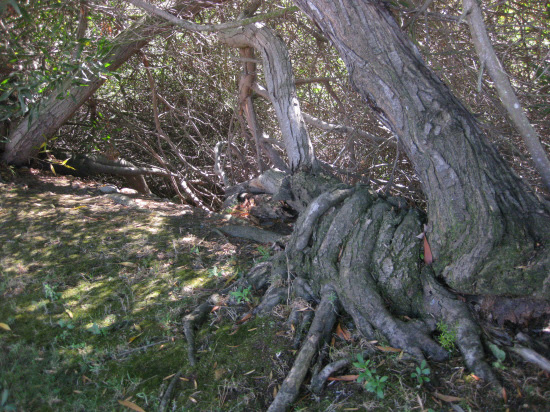