Reptiles Get the Best Orifices

I read the first story in the new Sirenia Digest, the conclusion of "THE YELLOW ALPHABET", while I was eating lunch to-day. It was good (the story, not the lunch, though the lunch wasn't bad, consisting of a baked potato and three corn tortillas). It continued in the vein of the first portion, providing vignettes for each letter of the alphabet, picking up at the letter N. N turned out being for Naga, in a nice story that reminded me of the woman in Queen's Blade who wears a live snake for panties. 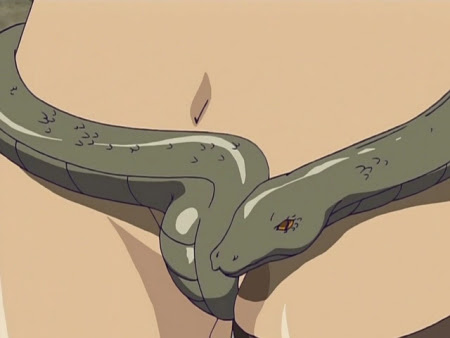 I think Z was my favourite, though, having to do with dragons whose names begin with Z. It has some nice thoughts on the sexual implications of dragon myths.

I had a really nice time playing World of Warcraft last night. I actually stayed online longer than Tim, who ran Galatea, my human rogue, through a big mine in Badlands that began with a U (can't remember the rest of the name. U is for . . . ?). I found the perfect balance--listening to Howard Stern and drinking tequila seems to fill the places where WoW is void of substance perfectly. WoW has a Howard Stern and tequila shaped hole.
Posted by Setsuled at 3:22 PM
Email ThisBlogThis!Share to TwitterShare to FacebookShare to Pinterest