The Birds Watch the Sea 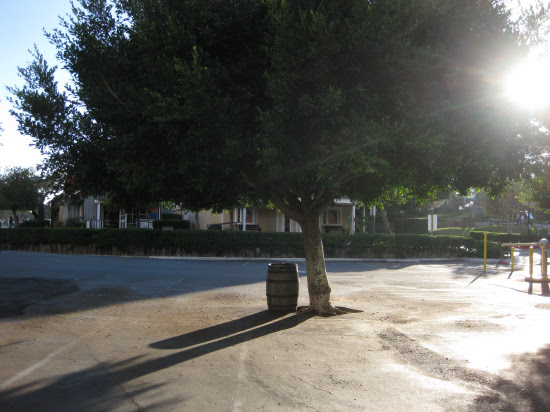 I went to Seaport Village to-day where I think I finally finished my Christmas shopping. I think I did rather well, if I do say so myself.

Of course, there were ducks. 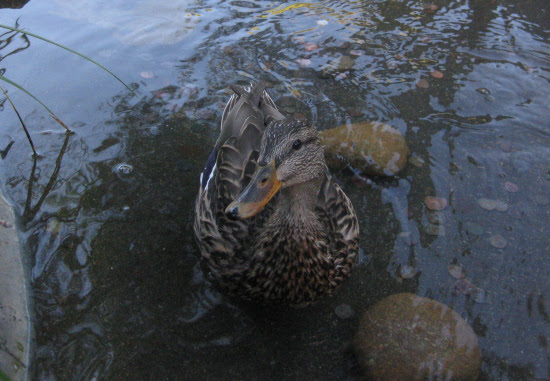 There were a lot of them, too. The city's being overrun, but I can think of worse overlords. 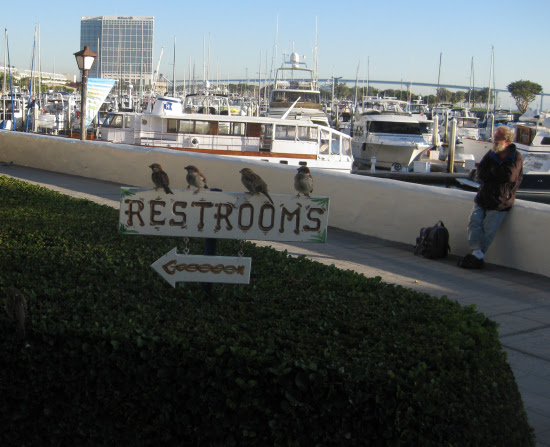 The blue bridge in the background of this picture is the Coronado Bridge, which those who've seen My Son, My Son, What Have Ye Done? might remember as being the bridge Brad McCullum described driving across at 90 mph to pretend he was in Star Wars. My driving instructor actually had me drive over the thing the second or third time I'd ever driven a car. Funnily enough, I kind of was able to cope with it by telling myself it wasn't so different from playing TIE Fighter. 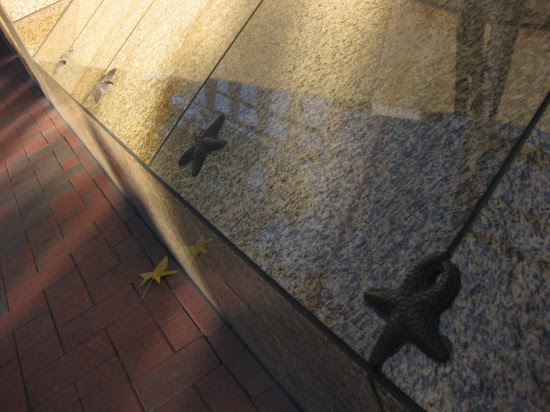 These little stone star fish are on a building downtown, a few blocks from Seaport Village. 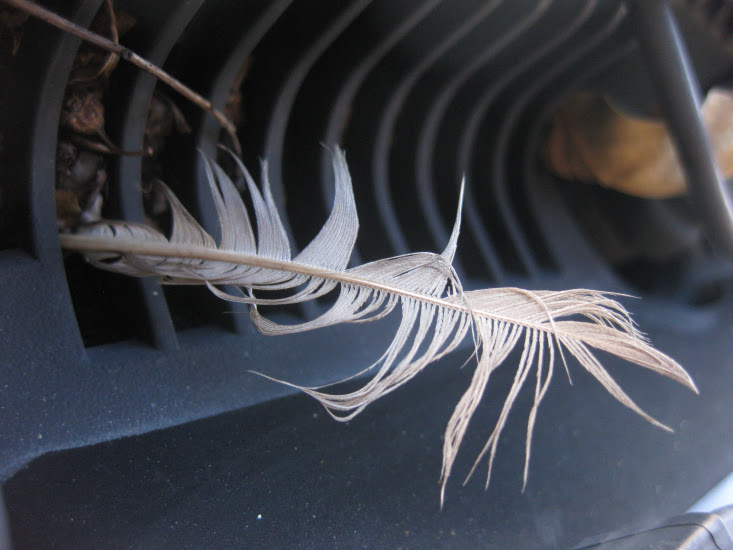 I noticed this feather in my car when I stopped for gas. I have no idea how long it's been there or what kind of bird it belongs to. 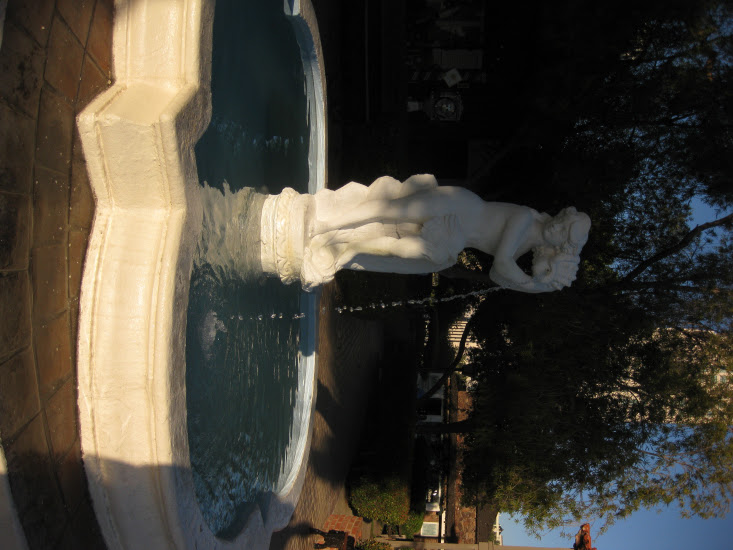 Posted by Setsuled at 7:08 PM
Email ThisBlogThis!Share to TwitterShare to FacebookShare to Pinterest