The Pictures of Simultaneous Places The river's overflowing again on this rather gloomy Monday. In Second Life, meanwhile, Tou waited with bells on to play chess but no-one showed. 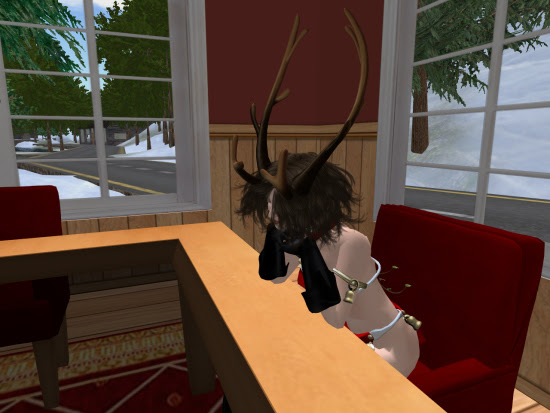 Maybe it was the antlers. I can't be the only one who thinks reindeer are pretty damn scary. Dark, with skeletal limbs, standing barely distinguishably amongst a thousand thin tree trunks like rotten teeth emerging from the dusk blue snow. Black eyes glimmer under the strange jagged rack, watching you.

Yesterday I again watched the 1969 BBC production of An Ideal Husband with a very young looking Jeremy Brett in the role of Lord Goring. He was really good in the role, but I find it hard to believe anyone could look at him without seeing Sherlock Holmes incarnate. 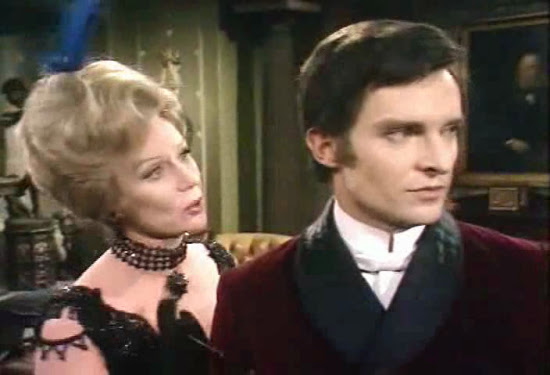 Lord Goring seems to be Oscar Wilde's stand-in, and I got to thinking how most of Wilde's stories feature an avatar character for him, whether it's Lord Henry in The Picture of Dorian Gray or Algernon in The Importance of Being Earnest. In fact, his stories that don't feature these characters, primarily his fairy tales, feel fundamentally different. There's a sort of feeling of immediacy in the stories that do feature them, there's more tension, even when the avatar character isn't the main protagonist.

They also, particularly in the case of An Ideal Husband, seem to be stories exploring the contrast between expectation and reality in matters of character. It leads to the odd paradox of Lord Goring being both the most patently irresponsible character in the play and also the wisest.