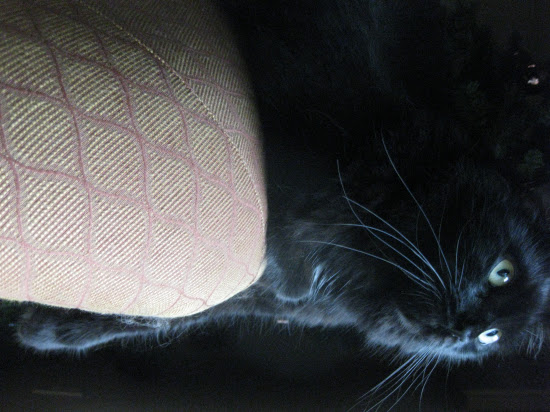 Saffy the cat, dreaming of the world outside and its bounty of tiny, careless meals. 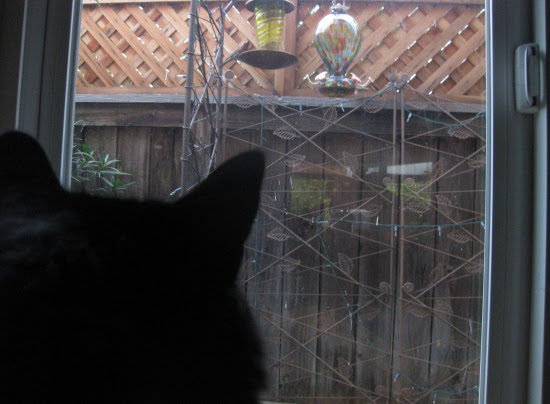 I went with my family to see the new Coen brothers' adaptation of True Grit. It was good--not great Coen brothers, just about half as good as No Country for Old Men, not even approaching Fargo territory, but still quite good. I still haven't seen the John Wayne version, and I haven't read the book either, but I was reminded a lot of old westerns by the beautiful shots of American country and forest (some of which were too brief for me in dissolving montage sequences) and in the misfit comrades on a quest vibe. I thought of The Searchers and Ride the High Country, and one of the first shots, a crane shot of a town as the protagonist, 14 year old Maddy, steps off a train strongly reminded me of Once Upon a Time in the West.

Maddy's played with convincing and sort of captivating cutthroat verve by Hailee Steinfeld, from whose point of view the story is told, unlike the John Wayne version which I've read focused more on the Rooster Cogburn character, here played by Jeff Bridges, I suspect, somewhat less flatteringly than by John Wayne. But Bridges' character is played with great humour and works as a classic foil for Maddy--the old dichotomy of sloppy experience versus sharp greenhorn.

And I liked how, unlike most modern Westerns, there was no overblown sentimentalising when people died. Everyone in the story is very practical about death, right down to little Maddy. You need to lose a limb, so-and-so got killed? Deal with it and move on. So it works as a real and decent Western, and was altogether not bad at all.

Afterwards, I went to the big family Christmas party where I was regaled by Ava, the just starting to walk daughter of my cousin Christa, with stories in a secret, complicated dialect. Ava informed me that, "Obliobiabio blio abiwobli." I was stunned to hear the English, "No?" from her, put as a question, when I stopped her grabbing an olive off the table. All I managed to do was repeat to her, "No?" in the same tone like a bird call, to which she replied, "No?" Thinking back, I probably should've provided some commendation at an English word used and properly.

People exchanged gifts based on names drawn the previous year--I'd drawn my cousin Josh's new wife Frances, for whom I'd gotten a Nordstrom gift card, while my name was drawn by my cousin Angela, who got me a bottle of 18 year Glenlivet. Everyone had wish lists that got sent through the grapevine, and on mine, also amongst various Criterion movies and Fallout: New Vegas, I remember distinctly most wanting the scotch. So that worked out rather well. I had two glasses of it while playing chess last night--I won two out of three games, though it was against a guy who rather frustratingly forfeited the instant he made a mistake, so I felt like the only game that got off the ground was the one I lost. But thanks to my scotch, I really wasn't feeling any pain. I also passed up an exposed Queen and a rook.

Speaking of exposed Queens, I've been watching Smiths videos all morning, and I've gotten to thinking this is one of the best music videos ever made. 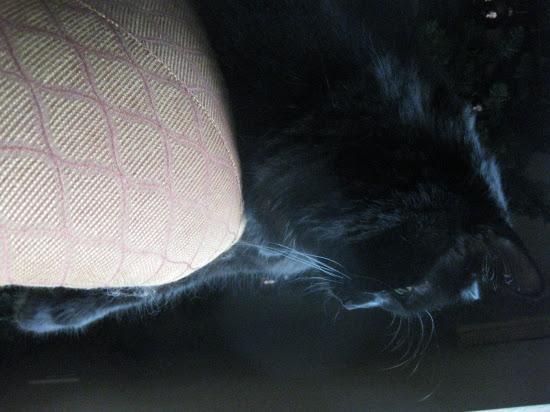