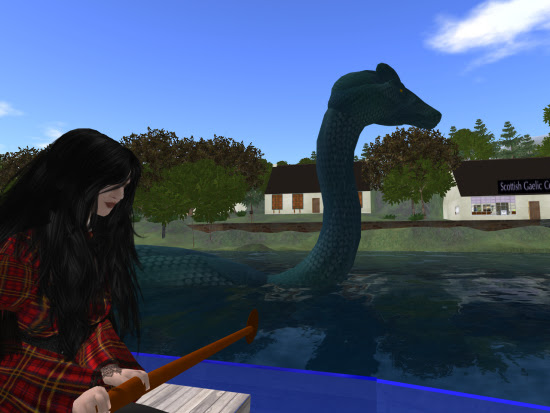 I spent a couple hours yesterday morning on a scavenger hunt in Second Life's version of Loch Ness for one of the chess clubs I belong to. One of the other members and I wandered all around the loch trying to find four special chess boards, and I came back online in the evening and searched by myself to no avail. All I found was a loitering plesiosaur. 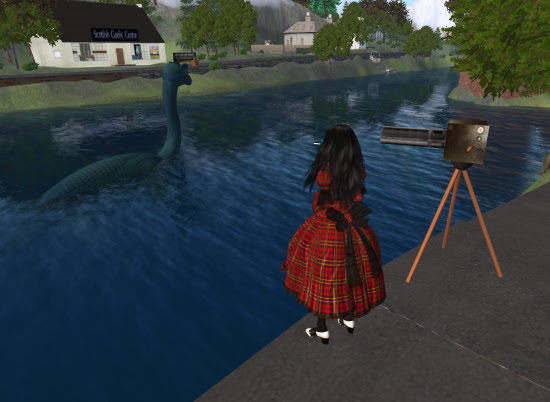 At the end of the night, I found myself watching Gilda again. It struck me that its love triangle was a brasher version of the kind seen in Spring in a Small Town. The constant currents of spite and need in the three main characters are so astoundingly realised, and watching Johnny and Gilda take turns torturing each other has the excitement of watching daredevil acrobats. "Hate is a very exciting emotion," says Gilda before she kisses him. In this movie, it really is.

I love that the fulcrum of the love triangle, Ballin, is a stiff necked, almost stock movie Nazi. He reminds me of the Nazis hiding out in South America in Notorious. And like the Nazis in that movie, he's not a two dimensional Indiana Jones Nazi but rather someone whose megalomania is human, and Johnny's devotion to him is sort of touching, as a small time swindler recognises a comrade in a big time one.

I did play some World of Warcraft last night, but I'm finding it hard levelling up my paladin in Outlands after the more dynamic, new story oriented starter quests in vanilla WoW I experienced with my new hunter. Levelling up is a lot slower, too. I might simply just keep levelling characters to 60.