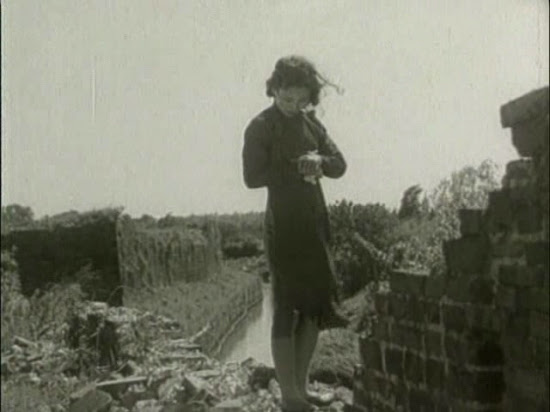 I watched Spring in a Small Town last night, a Chinese film made in 1948, in the brief period between the Japanese occupation and the Communist takeover which would largely exile Chinese filmmaking to Hong Kong. Despite having been made in a period somewhat remote from other Chinese movies I've seen, Spring in a Small Town has the curiously static, indoor quality I associate with Chinese cinema as compared to Japanese cinema, which tends to have a lot of momentum. Even an Ozu film seems to give me more of an impression of characters looking for the answers that may or may not come in the next scene. Spring in a Small Town is more like a series of still images.

It has the framework of a fairly unremarkable melodrama--a woman in love with the best friend of her dying and gentle husband. Wei Wei, as the woman, Yuwen, delivers a performance that elevates the material quite a bit. Her character provides voice over narration throughout the movie, though much more throughout the first third of the film, and it's some of the most redundant narration I've ever heard for a film. It was about as plain as, "Who is this walking down the street? He's ringing the bell. No-one is answering. He walks around to the side entrance," while all of this is plainly happening on screen. What the narration contributes is the oddly sombre tone with which Wei Wei delivers it, giving the otherwise unremarkable unfolding of events the quality of the last, sane days before some terrible catastrophe. Each innocuous step has a fatal significance now. 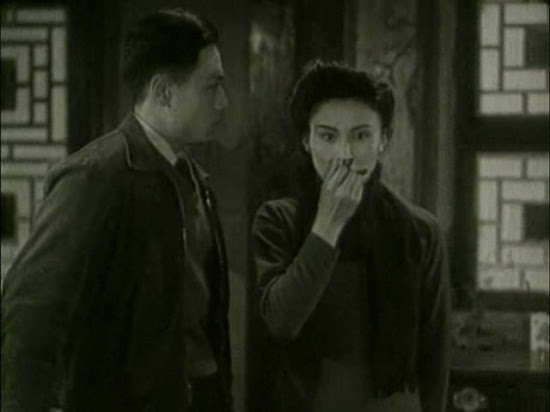 The movie really got going for me, though, when Yuwen, alone with Zhang, the man she's in love with, without thinking wonders aloud how life might improve if her husband, Liyan, died. She says in the narration, "How could I actually say it when I had never even thought it?" From this point on, Yuwen sets up scenarios apparently to tease Zhang, appearing in his room after nightfall under mysterious pretexts, only to have some perfectly kosher justification when Zhang expresses his discomfort at being in an inappropriate situation with his best friend's wife. Yuwen keeps a poker face throughout these scenes, Wei Wei pulling off that great feat of being both unreadable and transmitting to the audience her inner turmoil. "All I have is regrets," she says in the narration at one point, and it seems as though she wants to see her own guilt and torment reflected in the other people around her. 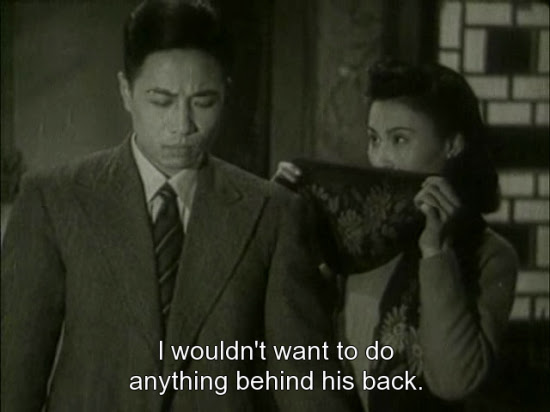 The male characters are dominated by their compulsions and indecisiveness--Liyan by his morose hypochondria and Zhang by his desire for Yuwen, along with the inconstancy of his resolve to stay away from her. Both men exacerbate Yuwen's sort of quietly demoniac behaviour.

It's a decent film about the effect of swallowed passions, an understated and very effective melodrama. 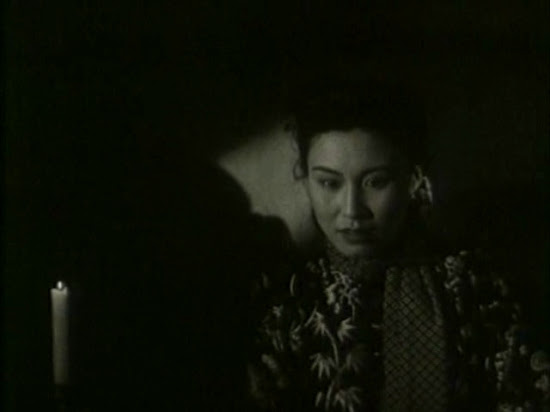 Posted by Setsuled at 11:17 AM
Email ThisBlogThis!Share to TwitterShare to FacebookShare to Pinterest