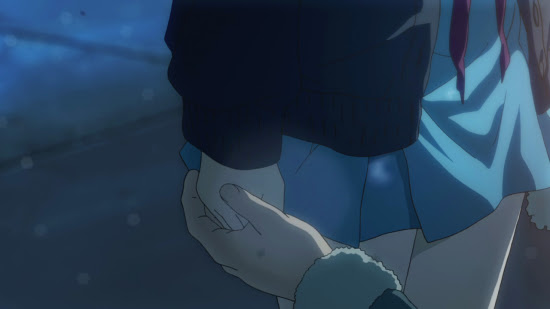 I finally had a chance to see The Disappearance of Haruhi Suzumiya last night, a captivating exercise in combining an alternate timeline story with intense life study.

A not terribly remarkable story about a timeline altered in a few details, and the ripples of broader, fundamental effects is curiously complimented by an attention to detail exceptional even for the detail normally associated with Japanese animation. Brief shots like these are crammed with signifying details; 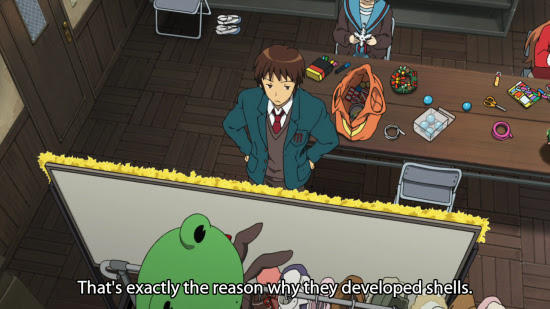 One can see thought went into exactly what materials the S.O.S. Brigade might need for Haruhi's proposed Christmas party, how those materials might look on a table while being used. This same shot contains little Easter Eggs for fans of the show, like the frog costume visible from the "Endless Eight" arc. 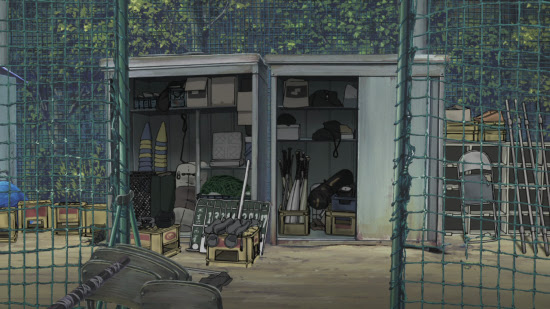 There are a lot of very brief shots dense with detail, telling the story of normal life at Kyon and Haruhi's high school, but there are a significant number of long, lingering shots on trivialities, too. It's for this reason that a plot slightly less complicated than Back to the Future part II stretches out for nearly three hours. This isn't part of the slice of life craze sweeping anime and manga these days--though it's not strange that Kyoto Animation, the studio behind Haruhi Suzumiya, also produced centrepieces of the slice of life phenomenon, Lucky Star and K-On. 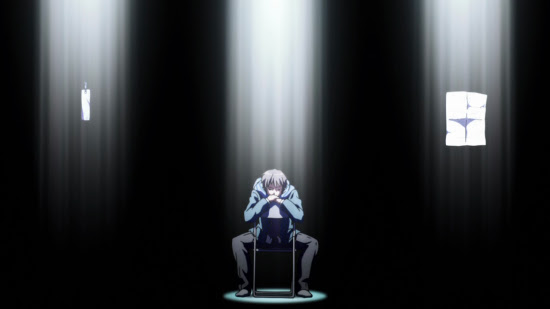 The movie, like the show, contains the inevitable Evangelion references, but the themes here are significantly more superficial. I would say magnificently superficial--there is a sickliness about it, and yet a sort of magnificence, too. The Disappearance of Haruhi Suzumiya is sort of the Mona Lisa of Moé. 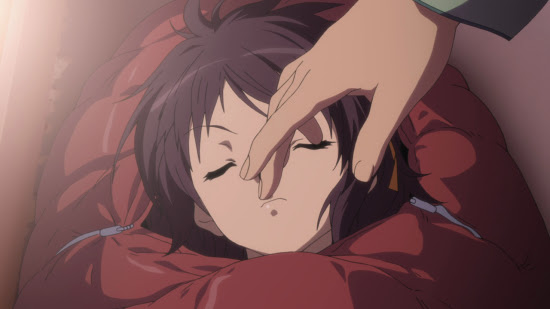 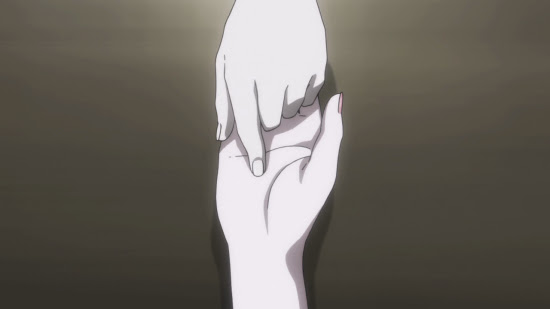 The tiny, obsessive details of the environment, the lingering shots of pretty girls' hands and faces suggesting fetishised innocence dovetail with the movie's theme of nostalgia to create an impression of a simulated utopia--a complete, animated world that viewers are allowed to live in for nearly three hours. Because computers can't create the exquisitely inaccurate physics of hand drawn animation--not just eyes and hair whose shapes don't add up from multiple angles, but the movements that occur at alternating speeds without seeming dreamlike or artificial. 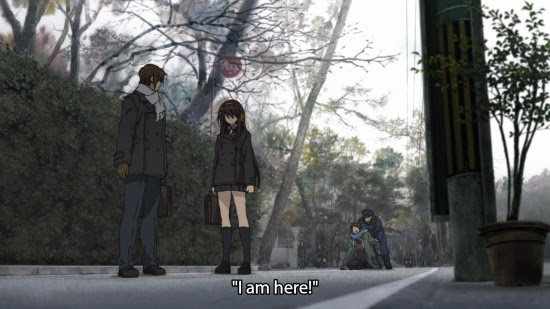 Several shots are just beautiful by themselves, outside the context of the movie, and the Blu-Ray edition grants a view of thousands of tiny, precisely created details. 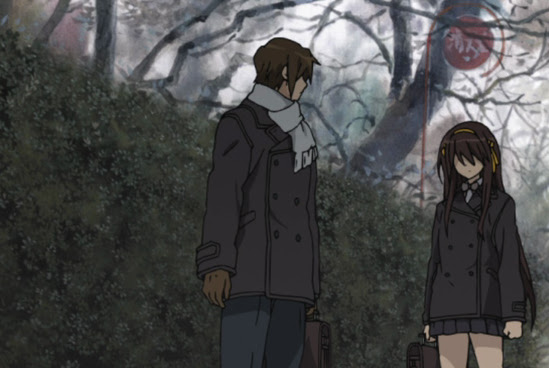 This establishing shot of a drugstore sign went by too fast for me to register the dark shapes as moths. 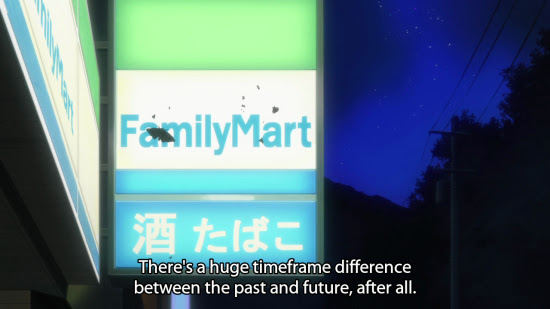 Kyon remains the irascible narrator, and the centre of the story as the audience avatar. The story hinges again on his grudging admission that he really likes the craziness of the world Haruhi has created. It's sort of like Larry Hagman in I Dream of Jeannie taken very, very seriously. Partly it seems like a male harem fantasy, partly it seems a valuable message about not giving in to a cynical lifestyle. And yet that latter is sort of dampened by the underlying thought that the glory of this world Kyon finally embraces is so unreal. 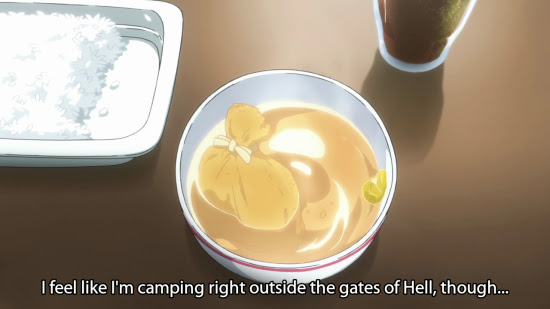