I watched the new Boardwalk Empire, "Paris Green", with breakfast to-day. Definitely my favourite episode so far. Michael Shannon's even more interesting to me since seeing My Son, My Son, What Have Ye Done?, in which he played Brad McCullum. Van Alden, his crazy religious Federal agent, has a similar flavour of crazy, though not quite as complex. Still, the two river baptism scenes were sweetly fucked up.

"Paris Green" refers both to a minor murder mystery that crops up in the episode and to Angela's plan to flee to Paris with her girlfriend, and the way that plot worked out was maybe predictable, but that might have just made it better for the sense of impending doom. Her character really feels like she's being made up as the writers go along, but here the story worked very well, I think, largely because Aleksa Palladino is an actress who's good at showing heartbreak and hopelessness spilling out around the tight lid she's trying to keep on.

I loved the casual revelation, too, that Richard Harrow is very much a monster, even after he'd timidly identified himself to the kids as the Tin Woodsman from The Wizard of Oz in the previous episode. The business between Nucky and Margaret was great, too. I really have no complaints about the episode.

I watched the first episode of The Young Indiana Jones Chronicles last night, which was kind of a fascinating juxtaposition, and not just because the two shows are set in the early twentieth century. If one takes Indiana Jones out of the equation for a moment, one sees how unusual the show is--you have the continually cropping up historical figures that mark it as a kid's show--one of the things I really didn't like about it--and yet at the same time you have people getting their heads chopped off, people being sold into slavery and beaten, and young Henry Jones salivating over the prospect of seeing a salted human head on a pike in the Moroccan marketplace. It makes sense when one considers any fan of the Indiana Jones movies, the core audience for the show, is bound to be used to this much violence for the sake of fun. But under what other circumstances would a big budget show like this ever be green lighted? Boardwalk Empire almost seems prudish by comparison, and in general I again mourn the loss of macabre 1930s fun George Lucas paid homage to. 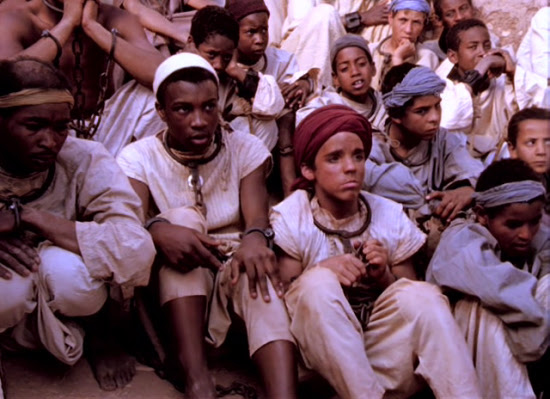 Neither Corey Carrier or Sean Patrick Flanery, though, ever really felt like the same character played by Harrison Ford to me. I also wish they'd gotten someone who looked more like Sean Connery to play his father. The guy they had had almost no eyebrows whatsoever, and I think Connery's most distinctive feature is his huge, expressive eyebrows.

I played more World of Warcraft last night, my blood elf hunter joining in the Forsaken's tenuous assault on Gilneas. I love the missions where I raise dead human enemies to join the ranks of the Forsaken, and the whole Gilneas atmosphere feels like a good Castlevania game. One of the key Forsaken commanders is even named "Belmont." I've also been noticing what seems to be a lot of Morrowind influence, too, in particular the Blood Moon expansion. The way the Worgen player characters can run on all fours in lieu of a mount is exactly the way the werewolf worked in Blood Moon. It's probably just as well, as a lot more people are going to get a chance to play Worgen than got a chance to play werewolves in Blood Moon. Maybe it'll sort of be like a classical composer who got his melody from a folk song. Over time, his name becomes synonymous with the work while the original musician's name is lost. 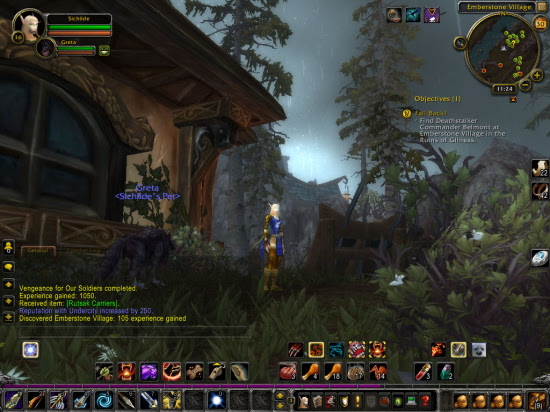