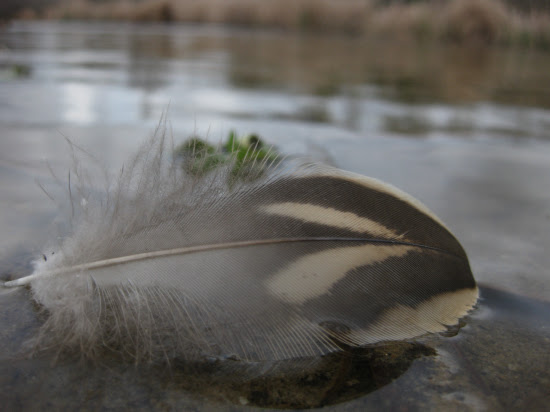 I really wish I hadn't read the Wikipedia entry on bladder cancer last night. Now I have to wait more than a month to find out if I have it. I sure wish the urologist had seemed less concerned. This shit's going to be a distraction, I can already tell.

I was listening to the Ikiru soundtrack yesterday morning and since then the theme has been repeating in my head. I keep wondering, if I do have cancer, whether I could live up to Watanabe's example. Would he have spent three hours a night on WoW or Second Life? Well, I guess there was that scene where he played a lot of pachinko.

The sky's overcast to-day and it's been raining off and on. During one of the lulls, I took five stale hamburger buns to the ducks. They seemed happy to see me, though they wouldn't venture onto the land until I was done, when they followed me around a little as I took some more pictures of the area. I love the flattened look created by the light through total cloud cover. 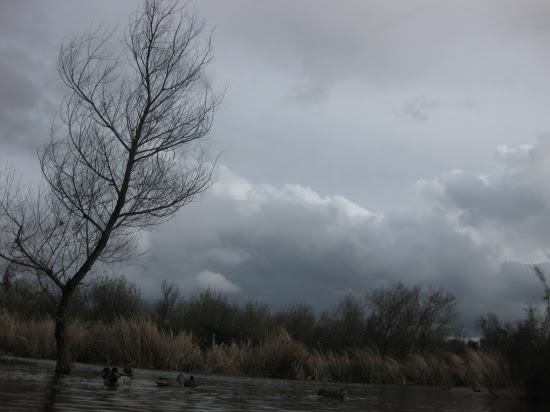 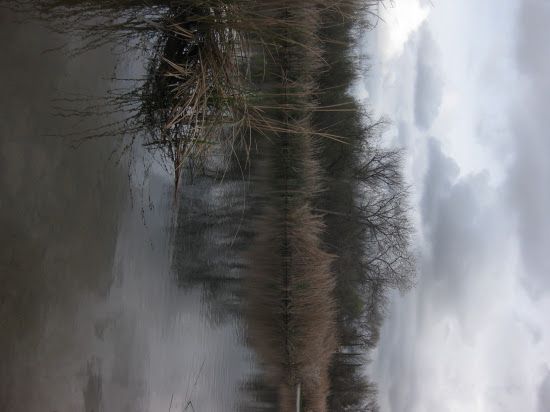 When it started raining afterwards, I hung out with Snow, who was huddled on the back porch. 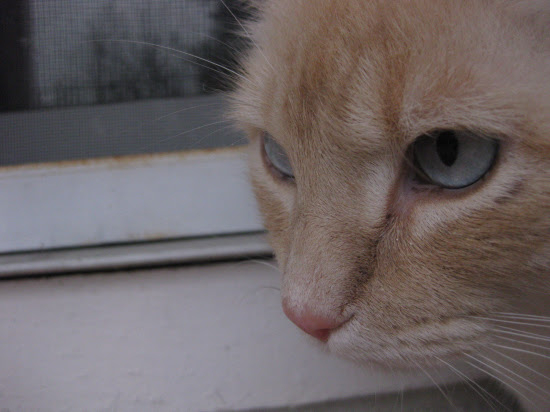 Then, for some reason, he decided he needed to challenge the rain and ran out into it. 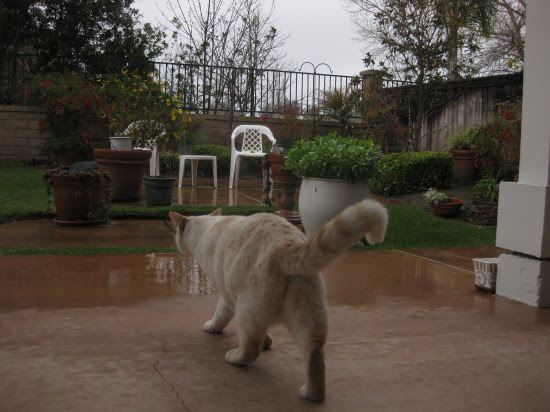 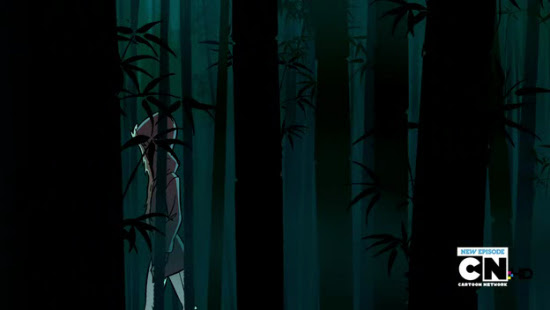 I wanted to mention how great last week's Sym-Bionic Titan was. Set entirely in a swamp as Ilana, Lance, and Octus investigate the latest alien threat, the episode has some brilliant subtext as the characters discuss dating and Princess Ilana's somewhat sheltered past in that regard. Then the alien, whose ship looks remarkably like a sperm cell, infects Ilana with something that slowly begins changing her into a monster, a fact she feels some evident shame about and attempts to hide, an apparent metaphor for adolescent sexual maturity, really nicely executed. 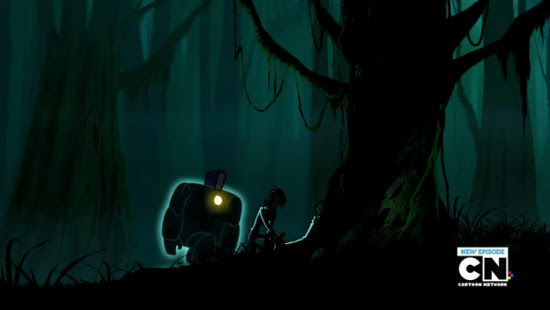