A Bottle of Shadow 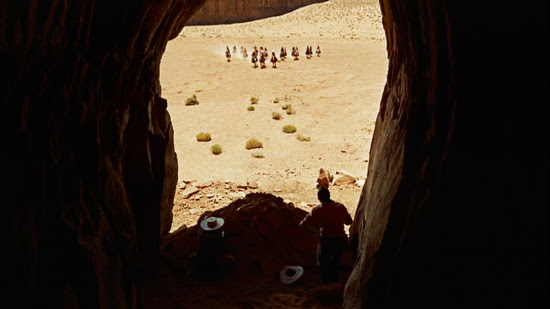 I dreamt last night I attended a lecture Howard Stern was giving to sixth graders at the mall, mainly about radio. When I left, I decided to go rollerblading all over town and noticed I was twice my normal size, putting me on equal terms with the cars on the road. There was a group of guys who seemed to resent me for it--they wore blue flannel overcoats and top hats and I kept seeing one at a time, each walking a schnauzer in the middle of the road, and I could tell they were deliberately trying to be obstacles for me. But I managed to get back to the mall parking garage without crashing into any of them. 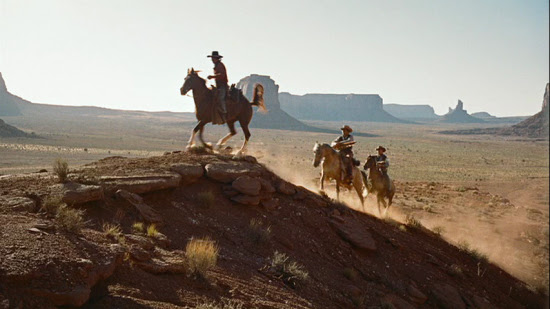 I watched The Searchers again last night. The context of watching it while reading about the brutal conquest of Native American civilisations for History class didn't so much get me thinking about the unfair portrayal of Native Americans even in The Searchers, a movie in part about recognising racist attitudes in white American culture towards Native Americans, as it did get me thinking about the isolated perspectives people had. It occurred to me that the people I read about in the 1700s knew less in several important ways than I do about people I'd just read about in the 1600s. It's hard to really imagine the weight of the fundamental indoctrination put into place by so many years of proliferated Christian and Imperial ideas to support and explain the existence of the American colonies. 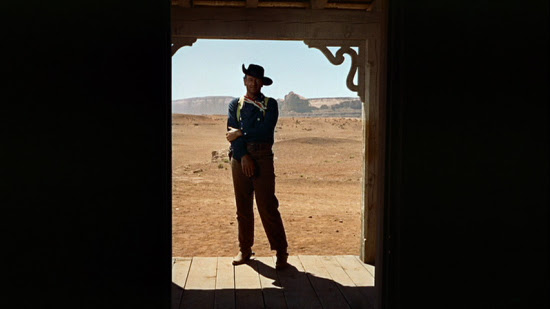 This adds a great deal to the impression of Ethan Edwards, in that famous final shot embodying a sort of farewell to an archetype, a hero built on a foundation of beliefs antithetical to the virtue he's meant to champion. 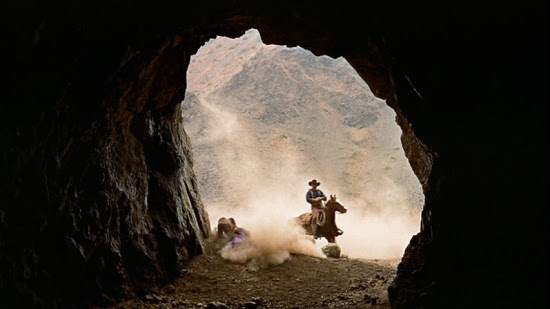 I was noticing, too, how the movie isn't just bookended by these distinctive shots of dark foreground contrasting with bright, vast background. They're present throughout the film, creating a sense of proscenium, emphasising the nature of the story as a commentary on a story, while also emphasising stark contrast, reflecting the subject matter of racism, and isolation, and reflecting the misfit nature of the main characters. 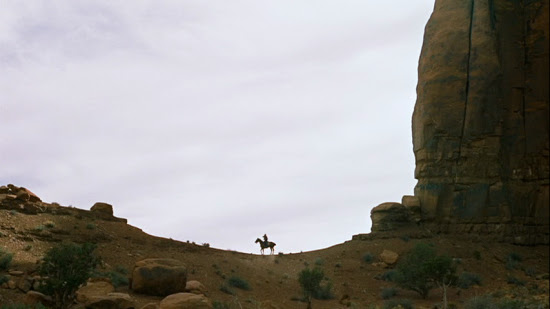